Predator: If It Bleeds Proves That You Can’t Really Kill The Predator 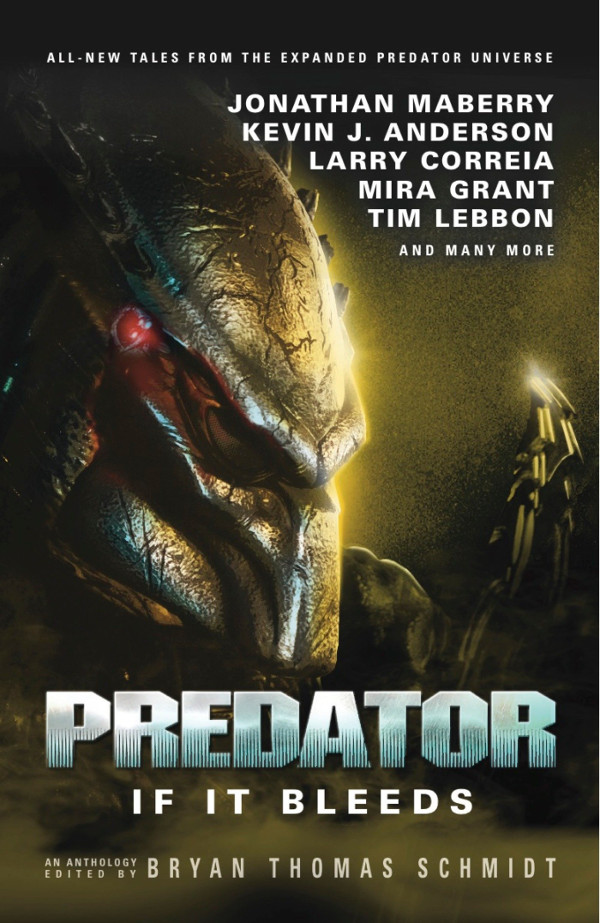 This review actually required some research on my part. I hadn’t watched a Predator movie since childhood and thus remembered little of the series, much less the lore. Fortunately, my local Best Buy had the trilogy for only $13, so I was able to pick it up and relive the action for relatively cheap prior to starting this book. However, while it proved a great excuse to rewatch a classic sci-fi/action series, my efforts ultimately proved unnecessary for Titan’s latest release of Predator: If It Bleeds. I say this because all but two of the stories that make up this anthology are stand alone creations of the authors. That being said, each of them holds up pretty well despite this fact.

The two stories that are dependant on past knowledge come from vastly different arenas in the fandom. One (“Drug War”) follows a retired Mike Harrigan from Predator 2, while the other (“Rematch”) is a pseudo sequel to a full length novel written by the story’s author prior to this anthology’s release.

Like any anthology, this book features highs and lows in terms of story quality. I’m not in love with every entry this book features, but I’m surprised that I can say I enjoyed most of them far more than I thought I would. The Predator series is, after all, not a series where one might expect to find notable authors.

Here There Be Monsters 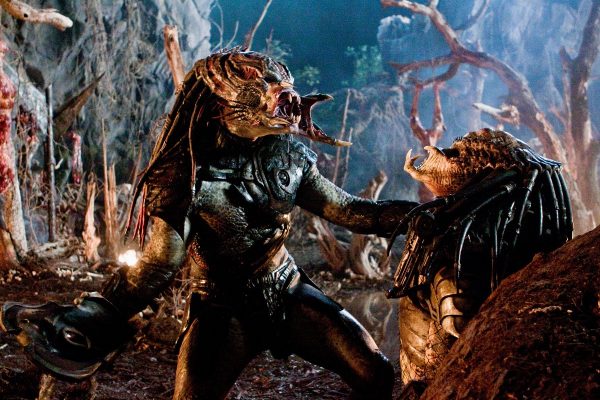 This anthology consists of sixteen short stories by various writers. For anyone who read the Aliens: Bug Hunt anthology, you might recognize a few of the names. Tim Lebbon popped out to me the most, as he has a few Alien books that I’ve been meaning to get my hands on. Others include Bryan Thomas Schmidt, who was also the anthology’s editor, Kevin J. Anderson, Mira Grant, and Jonathan Maberry. There are others, of course, but for the sake of time I won’t list them all here.

Something I failed to anticipate about not only these stories, but the Predator mythos at large, was that these were creatures that have been encountered on Earth since the dawn of man. This is a point brought up in a handful of the stories throughout this book, which makes many of them incredibly fun to read.

One, and my favorite story by far called “Skeld’s Keep”, goes all the way back to 820 A.D. While it did break the rules about Predators only visiting places where the heat index is abnormally high, the fact that the alien wasn’t the only monster is what really got me intrigued. Since the story is set in Norway, we get to read about vikings  fighting both Yaujta and draugr! That’s right. S. D. Perry may have just gotten off a bought of playing Skyrim but who cares? Well written and enticing, with surprising conclusions for Predators and men alike, “Skeld’s Keep” was the diamond in the rough for this mixed pile of treasures.

A Blast From the Past 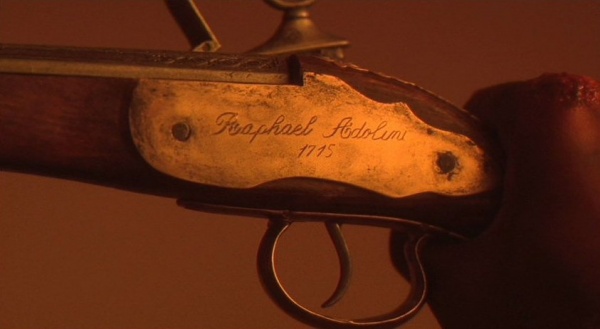 While we literally traverse the realm of space and time in Predator: If It Bleeds, readers may not always enjoy the journey. Stories such as “Stonewall’s Last Stand” and “Three Sparks” offer interesting perspectives of fighting Yautja, but their counterparts didn’t always deliver the same fun and variety. “Buffalo Jump”, for example, was probably one of the dullest in the collection, which was a shame as it featured cowboys. However, it ended up toeing the line way too close to Lone Ranger style story points when the main character – a criminal turned lawman – picked up a Native American tracker companion to help find his daughter and the town bad guy, both of whom were carted away by the visiting Predator alien because…we don’t really know?

Readers will also find themselves visiting the jungles of Vietnam during the war, a hurricane torn Louisiana during Katrina, and a Montana farmstead right around the time of the Great Depression. (See what I mean? Variety!) Each run in with a Predator vastly different, because the perspectives we see the monster through are as varied as the stories. In some, the Predator is the hero, while in others he is the antagonist. It paints the creature in new and fascinating lights at times, and I appreciated that aspect of my reading.

In Space No One Can Hear You Cry For Your Mother 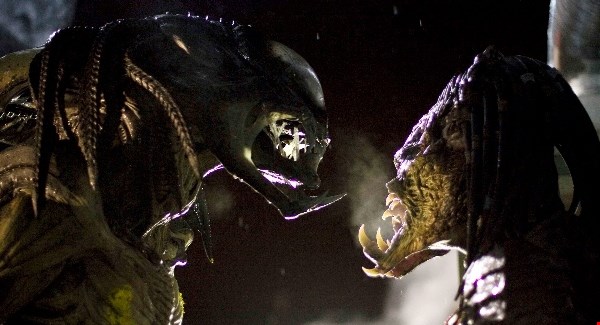 Naturally, in a book about killer aliens, we can’t have stories without derelict ships and crews getting themselves in trouble exploring said ships. And here they were aplenty. These narratives felt somewhat out of place to me, more akin to something in an Alien book than Predator, but here we are nonetheless. These stories range from ‘okay’ to ‘boring’ in a rather unvaried fashion though. One story told the tale of a group of humans who were attempting planetary colonization, which gave me some rather unpleasant flashbacks to Alien: Covenant. I wasn’t a fan of any of these really, save for perhaps “Gameworld” by Jonathan Maberry which ended up being all kinds of unexpected.

Maberry creates an interesting world in what was one of the longest stories in this anthology. He seems inspired by the MMA scene as well, which could have gotten contrived very quickly. Thankfully, Maberry seems to know how to write a good fight scene. I was excited when I felt I should have been bored for this story. It quickly became one of my favorites and was almost worth the wait of it being last. With an uncanny reveal at the end that offers the briefest of insights into Yaujta parent/child relationships, Maberry nailed a tale worthy of this collection.

It won’t, however, leave you wanting to engage in fisticuffs with a Yautja anytime soon. 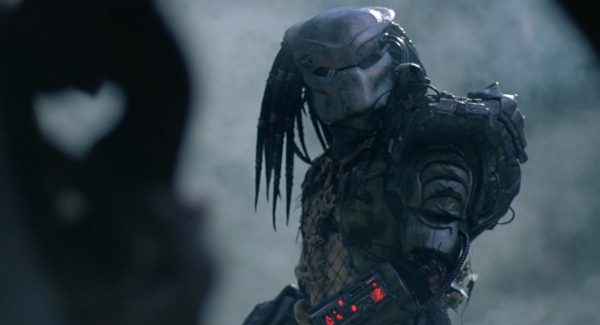 As I stated at the beginning of this review, Predator: If It Bleeds was collectively better than it had any right to be. I never would have anticipated stories centering around an alien game hunter being so fun. Readers will see  that the Predator will evolve beyond being a simple antagonist. In cases such as “Blood and Sand” and “The Pilot” one could call the creature a hero, whereas stories like “Drug War” and “Gameworld” highlight aspects of Yautja society that were never explored in the films (although they may have been in the comics and other full length novels).

This, ultimately, is what the anthology does right: it explores aspects of the Predator species and tries them on for different situations. Some stories fit, others don’t. Nevertheless it doesn’t make the majority of these reads any less entertaining.

I’m no super fan of the Predator franchise, I’ll admit to that right now. That being said, I do think that super fans and casual fans alike will find a lot to offer them in these pages. If you can look past a few editing errors and one or two abysmally bad stories, the anthology as a whole is a very tightly woven network of crazy fun and crazy violent action that will leave you wanting more.

This review is based on an ARC copy of Predator: If It Bleeds given to Hey Poor Player by the publisher.

Super Smash Bros. For Family Yearbook In case you haven’t noticed, the Smash-style brawler is making a comeback. Between this year’s critically-acclaimed Rivals of Aether and even the somewhat…