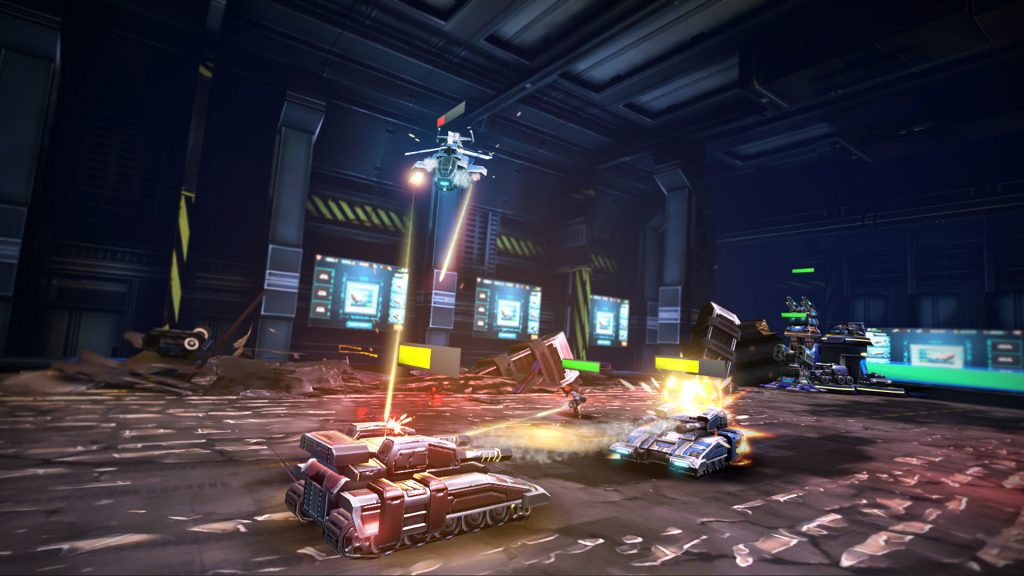 Every few months a PlayStation VR game lands on my desk for review and reminds me that I purchased Sony’s underused hardware device. It’s because of these unexpected releases that every few months I’m also reminded how much I love VR. Even though we haven’t been seeing a steady influx of triple A games (they’re coming soon!), we’ve been treated to a hefty amount of titles from indie developers who are relishing the opportunity to create something different. This month I was able to don the headset once again to review developer MunkyFun’s VR version of League of War.

League of War: VR Arena is a tabletop-style strategy game that pits two players against each other in a futuristic war setting. Since this is a virtual reality game we’re talking about here, the battlefield is a 3D representation of a board game on top of a large table. You and your opponent must send several different types of units onto the battlefield, and the player who destroys their opponent’s base first, wins. The best way to describe this game is by referencing Electronic Art’s 1994 Sega Genesis title, General Chaos, but in VR. The only difference is that General Chaos required your full attention, while League of War: VR Arena does not. 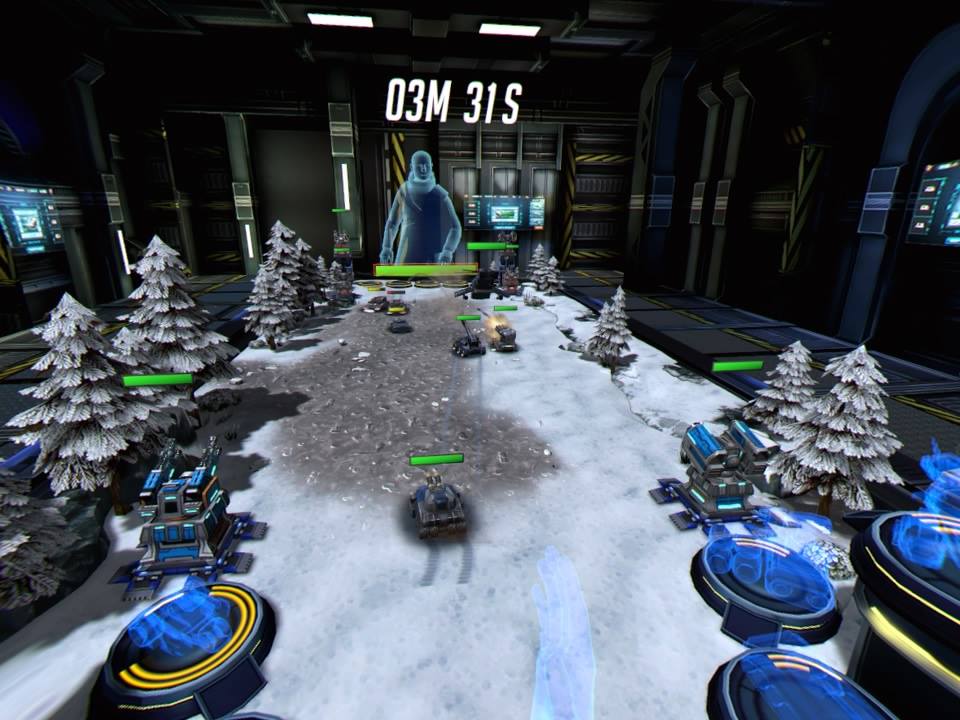 What are you lookin’ at?

To begin the campaign, players are stuck with one character to choose from, but all eight will unlock as the game progresses. Each character has their own story, which is driven by banter in between battles. Most of the time these stories go nowhere, but they do at least give the player a tiny amount of insight into why these characters are at war with one another. Still, most will be left scratching their heads after the campaign’s conclusion. What was enjoyable was the horrible Russian and southern accents on display throughout the experience.  To be fair, the game is self aware of the cringe-worthy voice acting, which does make it a little easier to chuckle at.

The battlefield, although constricted by a table, is a sight to behold. There are a handful of different environments to do battle on – a snowy field, a war torn city, and a patch of land that looks to be on the outskirts of a town are the main set pieces. On the other side of the table is a holographic representation of the player’s opponent. This animated character will throw insults and/or praise the player during battle, and comment on any particular strategy they’re observing. Other than the tabletop and the opponent’s avatar, there are a few different environments or rooms that the table is set up in.  These are pretty basic war room type sets, but do at least give the player something else to look at other than the battlefield.

On Your Feet, Soldier! 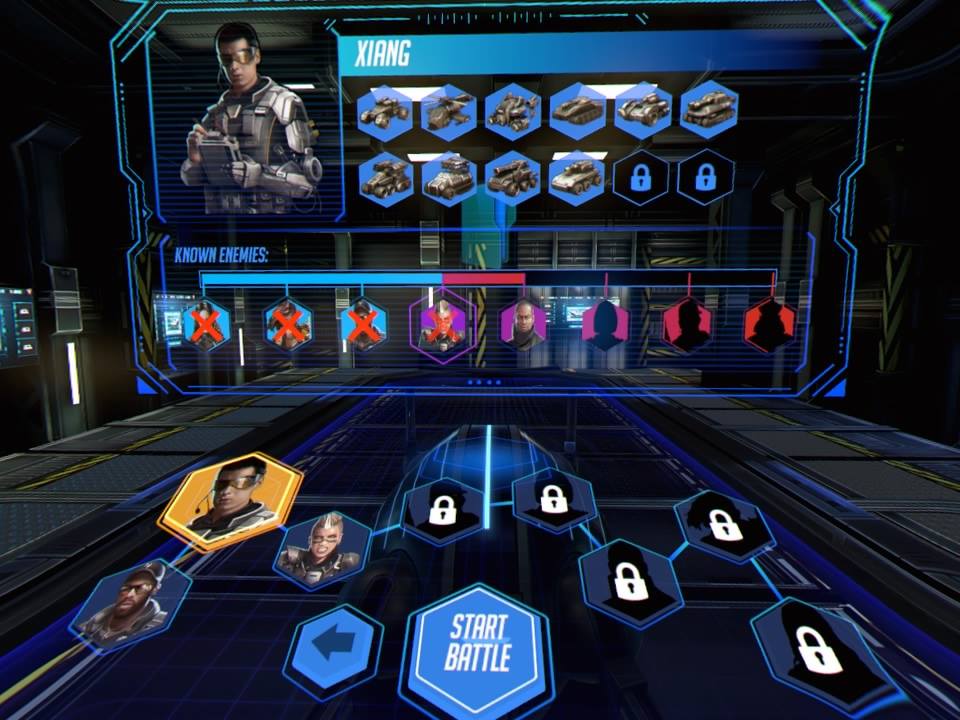 Is that Miley Cyrus?

While in battle, players will be standing (I found sitting to be hard while playing) in front of their base, which consists of four cannon-type weapons (two on each side). If these weapons are destroyed within four minutes, then the battle is over. If the timer runs out, the player’s base that took the least amount of damage is the winner. In between the base weapons there are five spawn points where the player will get their units from. The spawn points are broken up into infantry, tanks, choppers, artillery, and recon units that are automatically upgraded as the campaign progresses.

Once a unit is picked up and placed on the battlefield a spawn point cooldown will be in effect, which means another unit will not be available for a set amount of time. Seeing that units have a rock, paper, scissors system (infantry beats choppers, but is weak vs. artillery and tanks, etc.) players must pay attention to their opponents units and strategize which units will give them a better chance at victory. This may sound good on paper, but most players will figure out pretty quickly which unit has the best advantage over all the other units.

This is League of War! 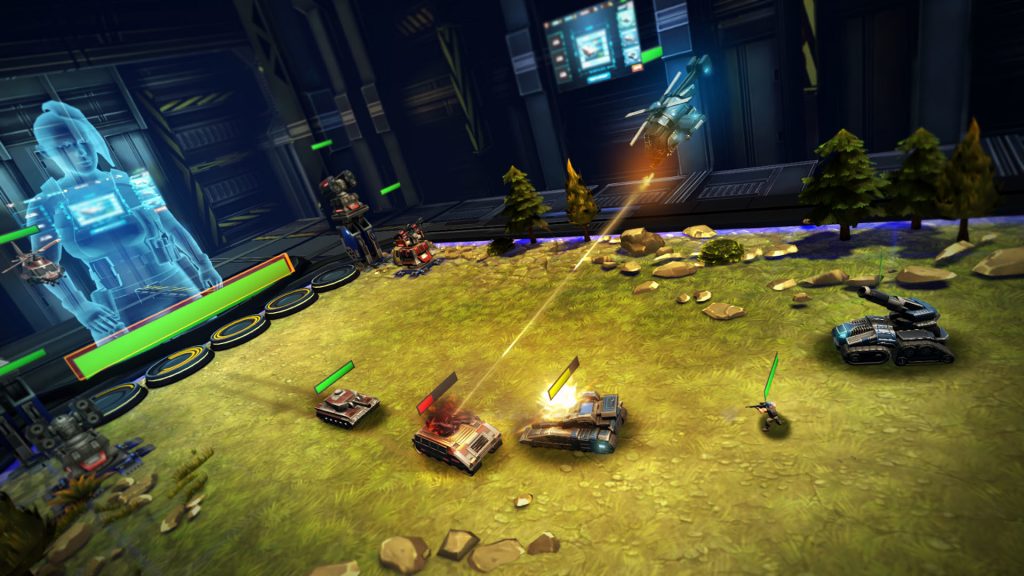 War. What is it good for?

Other than the rock, paper, scissors analogy, there is another strategy that revolves around unit cooldowns. As stated, each individual spawn point will begin to cooldown once the unit is placed on the battlefield, but players can speed up the cooldown by pausing the other spawn point cooldown times and rerouting that time to the unit of their choice. Obviously, this will pause the cooldown of all other units, but it’s a small price to pay.

Unfortunately, this is where any strategy gets thrown out the window. The chopper unit is extremely overpowered, and rerouting cooldown time to this unit, and this unit only, will guarantee victory 99% of the time. During my playthrough I was able to take off my headset to take notes while keeping my hand over the respawn point of the chopper unit. I was winning without even looking at the screen. Hopefully the chopper’s power gets dialed back a bit with an update because the game is simply too easy. 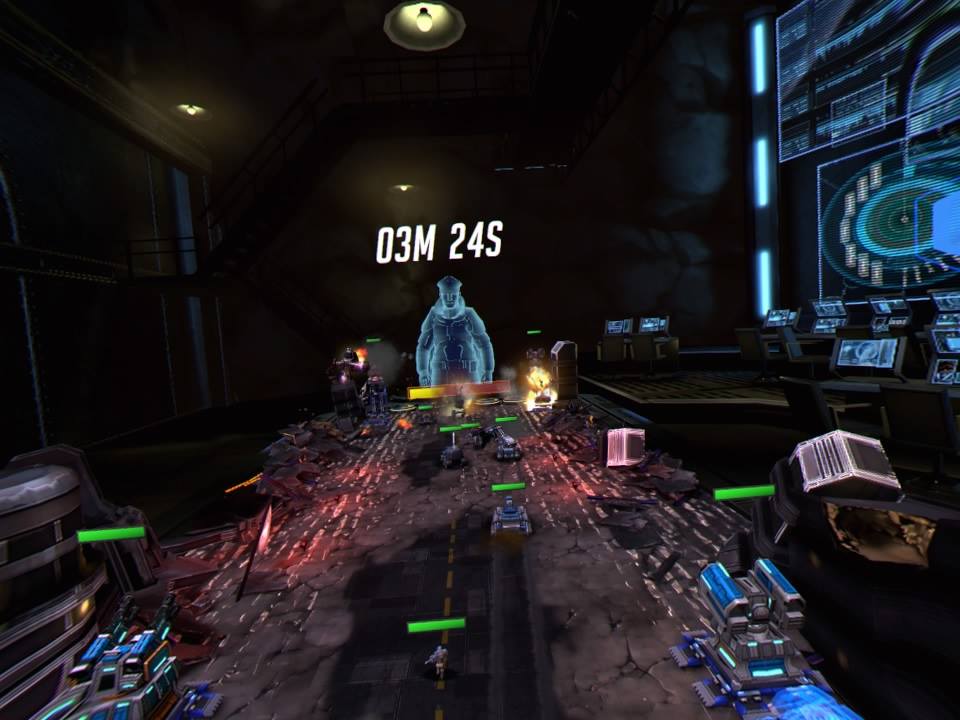 Send in the choppers!

If players decide not to exploit the chopper’s fire power there are other strategies to consider. When placing a unit on the battlefield, players can decide to just let the unit work on it’s own accord, or they can choose to attack whichever of the opponent’s units they’d like. When a unit is targeted a different colored orb will surround the unit to inform the player of their chances of destroying the target. Green means most effective, blue is no advantage, and red means the unit can’t be targeted. This works well at first, but once the battlefield is crowded, most units will be destroyed before making it to their target. Battles simply come down to who can get the most units onto the battlefield as possible. Again, this is if the chopper exploit isn’t being used.

Considering all 64 battles can be completed around three hours, some may be hesitant to drop $20 on League of War: VR Arena. Thankfully, a few more hours of fun can be squeezed out of this title if you invite a friend over from some two player battles. It’s here that you can buy and build your custom squad with medals that you’ve won during campaign battles.

Gameplay is similar to the campaign battle mode, with one player using the headset, but a second player can take a position on the opposite side of the table using the TV screen. This works really well, but the VR experience is where it’s at. If the couch player has played in VR before, they’ll realize how much they’re missing by not wearing the headset. Either way, it is nice to know that the option for a second player is there and works as it should.

I had a lot of fun with League of War: VR Arena at first. Picking up my units as if they were toys and placing them on the table made me feel like a kid again. Unfortunately the fun was diminished when I realized that there is little to no strategy needed to actually win battles. Hopefully the chopper power is scaled back a bit in a future update, but I’m not holding my breath. If you and your friends want to waste away a night by watching toys blow up then this might be right up your alley. But a night’s fun is all you’re probably going to get out of this.

Full disclosure: This review is based on a PlayStation VR review copy of League of War: VR Arena given to HeyPoorPlayer by the publisher. 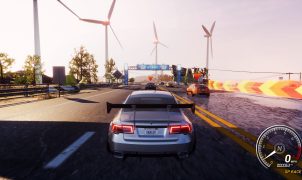 Ridin’ Dirty     Arcade racers have been in need of a little love this day and age. Three Fields Entertainment’s Burnout series has been a long-standing champion amongst the genre.…