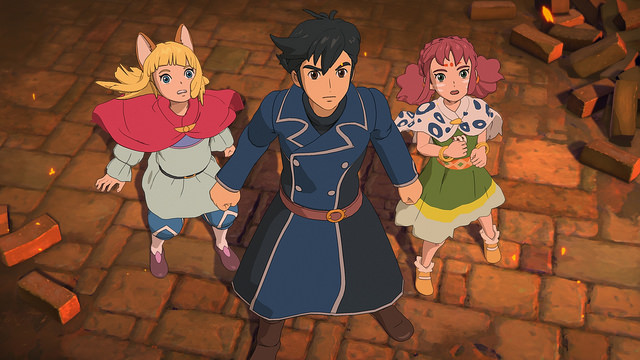 Still reeling from the last Ni no Kuni II: Revenant Kingdom delay? Sadly, it seems like another one is coming: Best Buy has sent emails to consumers who pre-ordered the game claiming it’s been delayed from January 19th to March 9th, and a search on the retailer’s site reveals they have changed the date to reflect this delay. Fans of the PS3 classic may have to wait even longer for this PS4 sequel.

However, that’s not the end of it: Sony’s official site claims the release date is now June 30th, extending the delay by five months! As there are two conflicting sources on this delay, we’ll have to wait for developer Level 5 and publisher Bandai Namco to clarify this situation.

Ni no Kuni II has been delayed once before: it was originally scheduled to launch this November 10th, but was delayed last July to its now uncertain January release. The president of Level 5, Akihiro Hino, stated more development time was necessary to deliver a complete experience.

We’ll keep you updated on the status of this breaking news, so watch this space.

Bummed at yet another possible Ni no Kuni II delay? Lt us know in the comments below!

In The Lion’s Song, talent does what it can; genius does what it must. Ideas are often the most difficult thing to communicate, especially in terms of the abstract.…