Visible, but not Bright 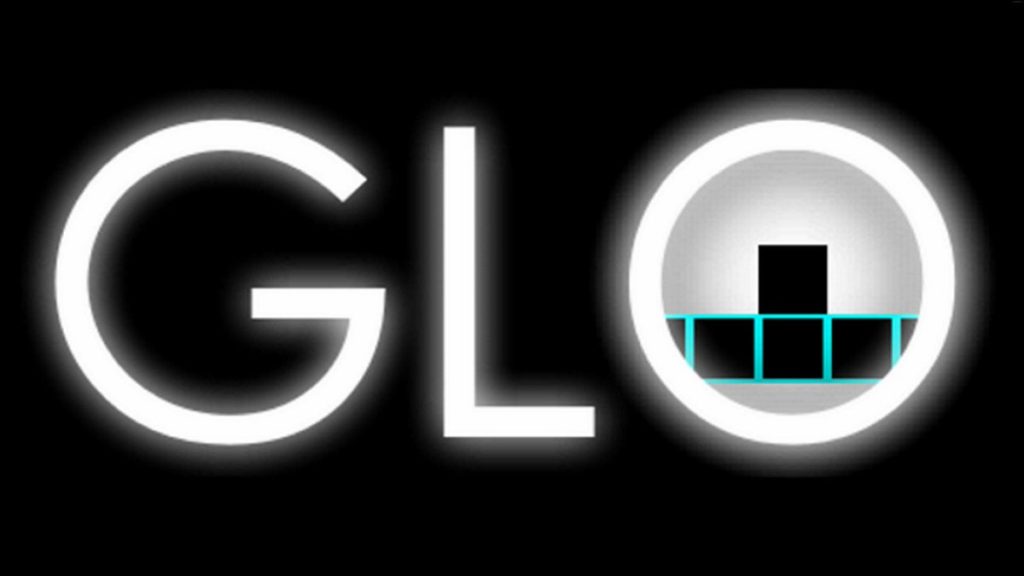 Has anyone ever asked you for your opinion on a game before, only for you to respond by shrugging your shoulders and saying something along the lines of “yeah, it’s fine.” That’s basically how I feel about Glo. It’s definitely not bad, but it isn’t great either. It, in my opinion, sits comfortably at “fine”. To some of you, this might sound like a cop-out. I promise you that it isn’t, though.

Glo is the type of game that probably would have done really well on flash game sites, like Newgrounds and Armored Games, a good 5 – 10 years ago.  By creating a platformer that only allows players to see a tiny fraction of the screen, Glo very much relies on its gimmick. More than anything else, it feels like this gimmick is placed there to frustrate the player. . Glo wants you to fail — and you will. Many, many times. Heck, the starting screen even features a player death count. That might be fine for some people, but I can’t say that I’m a huge fan of it. Rather than including a gimmick, Glo is defined by its gimmick. Because of that, it definitely tows the line between annoying and enjoyable.

Is Anyone out There?

Glo‘s narrative, for the most part, is shrouded in mystery. The story begins on the first level with you, a small cube, in a dimly lit room, with a friendly sounding greeting written on the wall. As you progress throughout the first handful of levels, you find out that someone —or something — has been waiting for you. They seem to think that you and they are alike. They like you, and they want to be your friend. But they insist that something must be done about that pesky light that you’re giving off. Your character seems to ignore all of these messages, instead focusing escaping from wherever it is that they are. But the wall-writing creature doesn’t like this much. Slowly but surely, their messages begin to become more hostile. They will make you stay here. And there’s nothing that you can do about it. 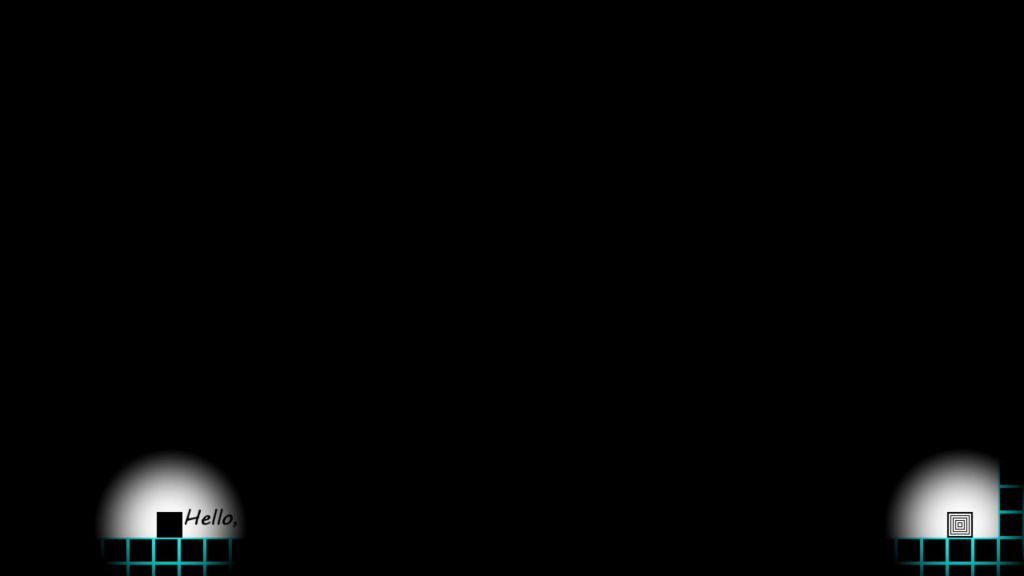 Well hello to you, too!

Glo has a somewhat backwards method of telling its story. For the most part, you don’t really know what’s going on. The (literal) writing on the wall doesn’t reveal a whole lot to you throughout the game, leaving you wondering what’s actually happening throughout most of it. The player is also able to collect Memories, which are the main character’s own thoughts, throughout certain levels. Similar to the notes left behind by your unknown adversary, Memories are generally only a few words, and never longer than a single sentence. They do add more to the story, but they’re also easy to miss. This ultimately means that, unless you’re sure to scour every single level for Memories, you’ll most likely be left with a very incomplete story.

Like I mentioned earlier, Glo a platformer based around a single gimmick — severely reduced visibility. The area that you’re in, wherever that might be, is pitch-black, meaning that you can’t see a single thing. Fortunately, your character has the ability to light up! …But your radiant radius isn’t all that big. Because of this Glo‘s levels, which otherwise would consist of slightly more difficult than average platforming segments, become quite difficult very quickly. 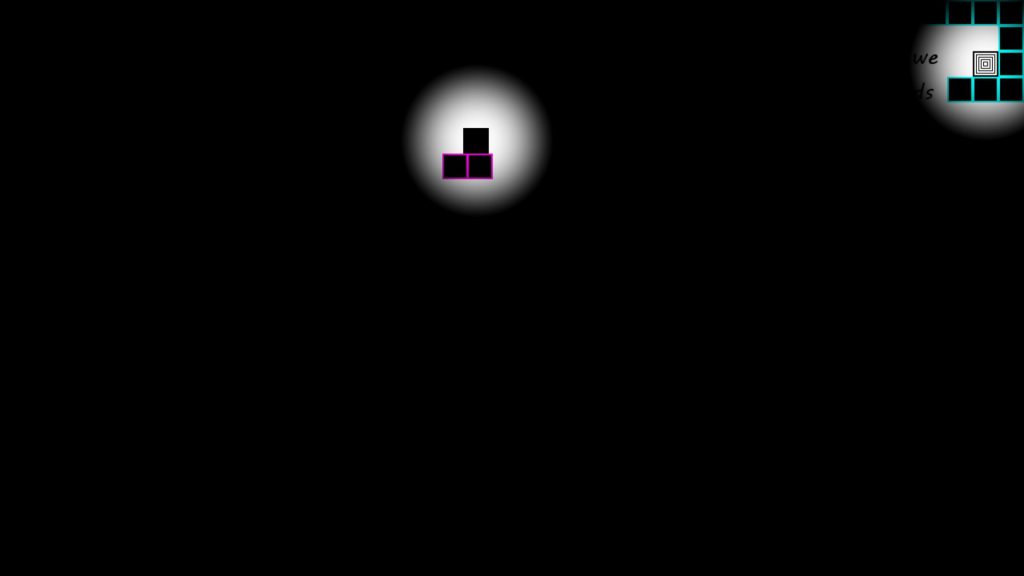 I’m so close to the exit! And yet, I still can’t but feel nervous…

I’ll admit that reduced reducing the player’s visibility to this extent is certainly a unique gimmick. I’m not sure if I’d go out of my way to call it a “good” one, though. I, like many of you out there, enjoy a challenge. There’s nothing quite like the rush that you get from beating a particularly difficult segment in a game. But, at least for me, anyway, that “difficulty” has to come from a well-meaning place. Games that test your skill, reaction time, and intellect are just fine. And, although Glo does do this partially with its actual platforming segments, the limited view that it forces upon players requires something else of players. Well, besides luck

I’m talking about patience. Each time you go into a new level, you’ll most likely be spending your first few tries getting the layout down. This also means a lot of dying in each of those levels. I’ll say it again; challenging games are enjoyable for me. I like games that, when I lose, make me smile and say to myself “I’ll definitely get it next time.” Instead, most of my deaths in Glo left me frowning, and thinking to myself “how was I even supposed to know about that?” I know that the whole “trial-and-error” thing is Glo‘s bread and butter, but I still think that it’s irritating. The fact that this game forces the player into death time and time again often times felt less like a challenge, and more like artificial inflation of gameplay longevity.

Perpetual darkness aside, Glo actually does a nice job with its level gimmicks. As you progress throughout the game, you’ll be introduced to new kinds of terrain, such as the green blocks which desintigrate after you touch or shoot them, or the red blocks which, if touched, instantly kill you. Rather than haphazardly piling them on top of you one after another, Glo carefully spaces each new gimmick out. Glo seems to want to make sure that you absolutely know what you’re doing with each existing gimmick before introducing a new one. And, because of this, it’s generally easy to take what the game throws at you in stride. 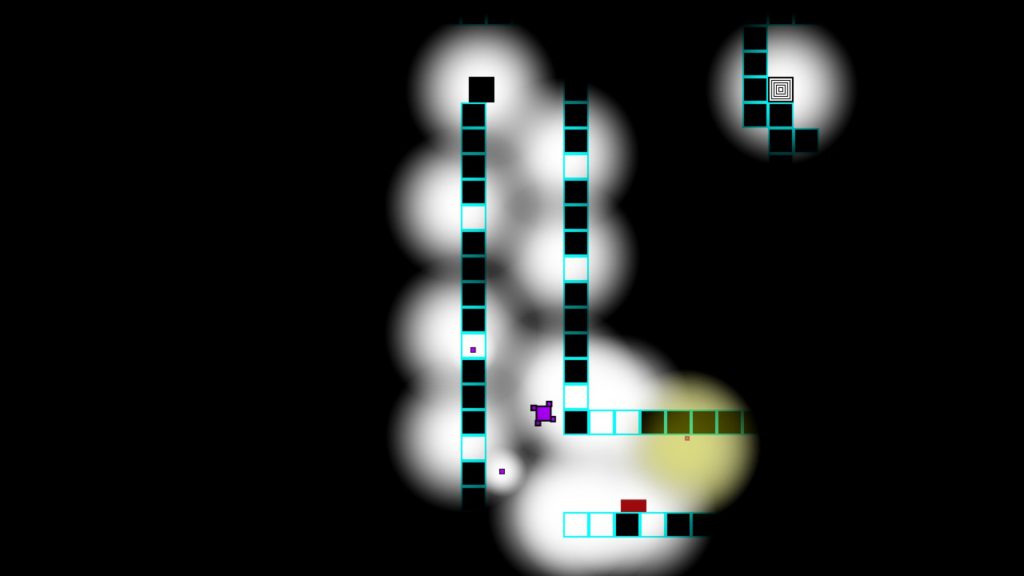 Hey! I can actually see!

Glo may be a platformer, but it also has plenty of shooting. Despite what you might be thinking, though, most of the time you aren’t actually shooting at enemies. Much like your character, your projectiles also emit light. And, since you have unlimited ammo and range,  these box-shaped bullets are a great (and often essential) way to catch a glimpse at what’s ahead. Peppered throughout many of the levels are also ammo upgrades. Although, while I guess they are technically ammo upgrades, they don’t serve much use in combat. Like your normal shots, upgrades are used to light the way. Glo does a good job with its ammo variance — which include things like sticky shots and fireworks — and they’re even fun to watch. Still, their overall usefulness is questionable. More often then not, whatever you end up lighting up isn’t worth the ammo that you just wasted.

Who Turned out the Lights?

Simply put, Glo is a platformer with a solid mechanical foundation, and a simple, above-average level design that, ironically, ends up being somewhat plagued by the major gimmick which defines it. It’s definitely got some good points, but I honestly think that its reliance on player’s limited vision detracts from the overall fun value. I know that some of you out there like games that try to make you angry, but I don’t. In my eyes, Glo neither greatly succeeds, nor spectacularly fails. So, yeah, to come full-circle, it’s fine. Just fine.

Full disclosure: This review is based on a copy of Glo given to Hey Poor Player by the Developer