‘Guacamelee 2’ Slugs Its Way Onto The PS4 Next Year

Guacamelee 2 will arrive on the PlayStation 4 next year, check out the first gameplay trailer here 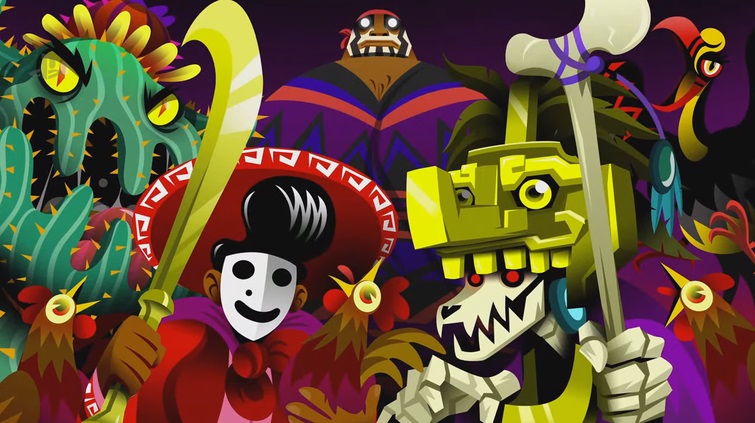 Drinkbox Studios today announced that Gucamelee 2 will allow players to exercise their inner luchador when it slams its way onto the PlayStation 4 next year.

Guacamelee 2 is the sequel to Drinkbox’s Mexican-themed co-op-multiplayer Metroidvania action game. Set seven years after the events of the first game, Juan Aguacate is living a happy life with his family, when his friend and trainer Uay Chivo discovers a new evil menace that threatens to destroy not only Mexico, but time and space itself.

The game will feature new levels to explore, enemies to beat to a pulp, bosses, gameplay mechanics such as the Eagle Boost, a hooking mechanic that allows Juan to attach and fly through “boost points” in the environment, and more.

“In addition to the new levels, enemies, bosses, characters, improved visuals and player mechanics we’re introducing in Guacamelee! 2, we’re also excited to have much more emphasis on the chicken form in this game,”said Graham Smith, Co-Founder of Drinkbox Studios. “Everyone on the team really wanted the sequel to have more FOWL PLAY. Hahaha, do you get it? It’s funny because it sounds the same as ‘foul play’. I’m not sure you get it.”

So, want to see what’s in store in this hard-hitting sequel? You can check out the Guacamelee 2 announcement trailer below: