Reader Beware, You’re Most Likely Not in for a Scare! 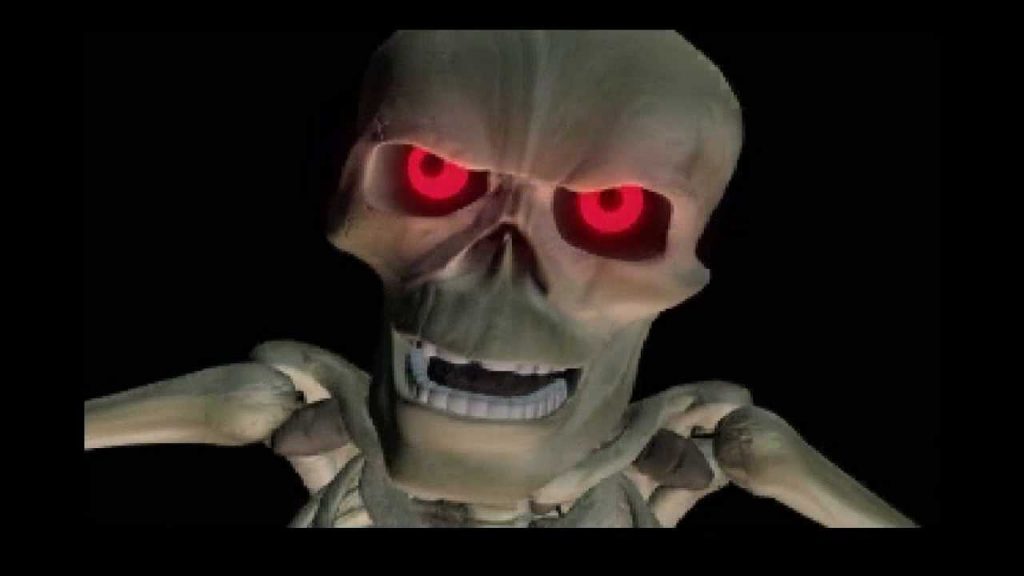 Wow, is it almost Halloween already? Apparently so! For most of us, that means doing the obvious; watching movies and, more importantly, playing video games in an attempt to scare ourselves so badly that we have nightmares for the rest of the month. But hey, spooky stuff isn’t for everyone. For all of those out there who would gladly play a game like Doki Doki Literature Club to ensure a few rough nights of sleep, there are others who would prefer to celebrate Halloween while skipping out on the dosage of sheer terror. We’re here to help with that! 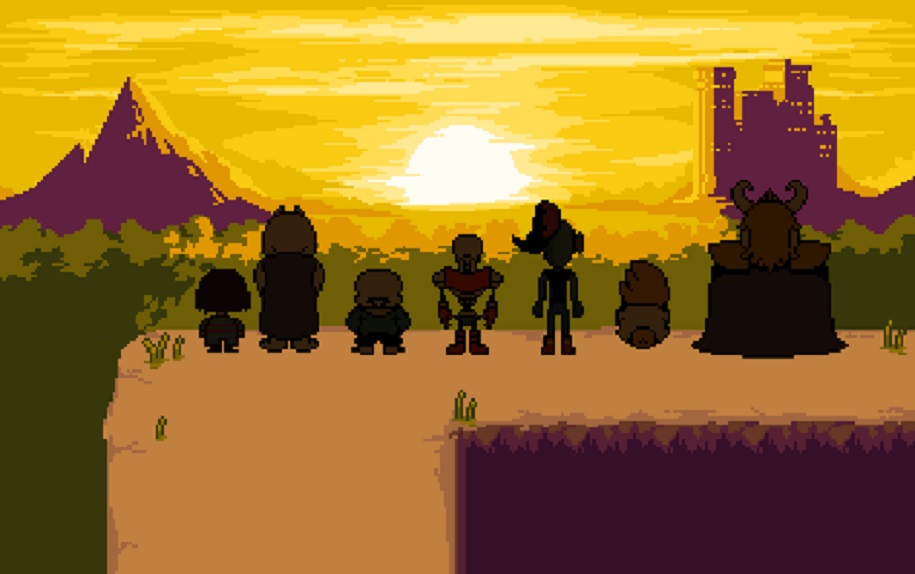 Okay, yeah, this one’s pretty obvious. That’s why it’s the first one on the list. Still, it fits the criteria so well that it’s worth mentioning.

Although I’m sure that most of you are well aware, Undertale is a unique RPG for the PC (and now PS4 and Vita!) about a human child who somehow fell down a mountain and ended up in a world sealed off by humankind a long time ago. A world inhabited entirely by monsters! Spooky! Or not. While Undertale may be full of creatures that go bump in the night, most of them are actually pretty chill. And, best of all, you can beat them with the power of friendship! That’s right – you can go through this entire game without killing a single monster, by instead befriending them. How’s that for playing nice on Halloween?

Of course, I’m only talking about the True Pacifist route here. And, last boss aside, things aren’t really that bad on Neutral, either. All bets are off when you’re playing through Genocide, though. Especially near the end. Don’t say that I didn’t warn you! 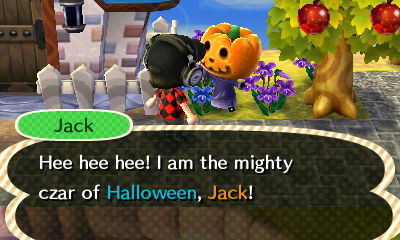 Technically, Animal Crossing: New Leaf is only focused on Halloween one month out of the year. But that still makes it 1/12th more Halloween-focused than most games. That’s close enough to work, right?

The newest (although not technically “new” itself any more) installment of Nintendo’s pivotal town-building/life simulation franchise (spinoffs notwithstanding), ACNL for the 3DS allows you to celebrate plenty of life events and holidays in fun and unique ways within the confines of your own town. Naturally, that includes Halloween!

All villagers, regardless of who they are, share a few common traits – one of those traits being a love for Halloween. Throughout the entirety of October, players will be able to visit the Nooklings’ store every day to buy candy. Since only a few pieces of candy are sold per day, it’s important to visit as much as possible. Once Halloween officially hits, players will then be able to trade their candy with Jack, the spirit of Halloween, for fabulous prizes! …So long as they find the right one. You see, Jack won’t be the only pumpkin head walking around on Halloween. Each villager will also be wearing a similar costume, in hopes of tricking you into giving them candy. Talking to the wrong Jack can mean losing candy, or even items, so make sure that you know you’ve found the real deal before talking to them! 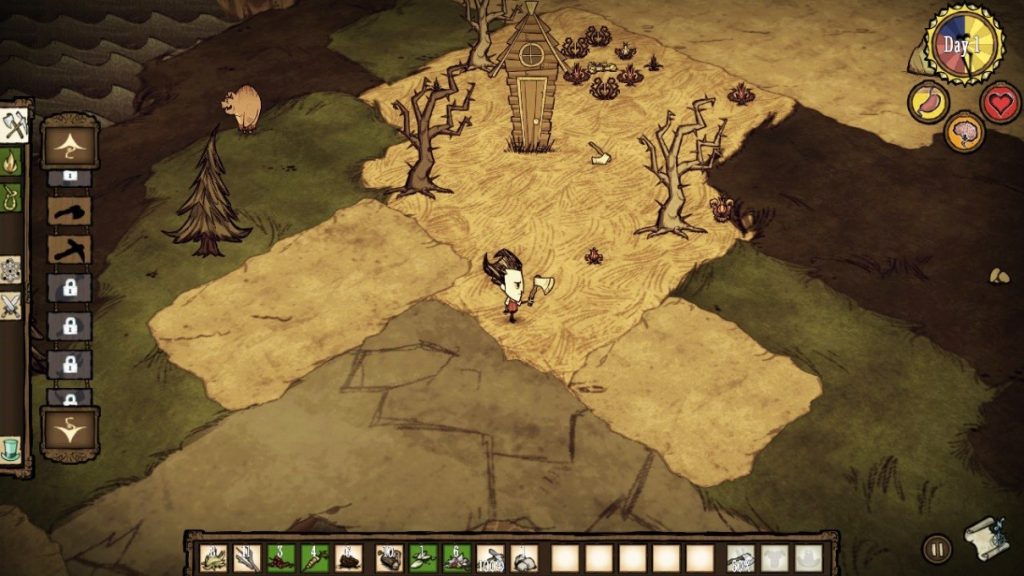 I’ll admit, I might actually be towing the line a bit on this one. Under the right circumstances, Don’t Starve can actually be kind of scary. I’m not sure if it’s the kind of “scary” that would give you nightmares, though, so I’m going to include it. I mean, this list is entirely subjective in the first place.

Much like with our previous two entries, Don’t Starve has been around for a while, so I’m sure that many of you are already familiar with it. But, for the rest of you, Don’t Starve is a roguelike survival game with a goal so simple that it’s in the title of the name – to not starve to death. Or go insane. Or get eaten. Oh, and you also need to find parts in order to build a machine which will transport you out of the hellscape in which you’ve landed and back to your own realm. Easy stuff, right?

No, of course not. Staying alive may be the goal in Don’t Starve, but it’s not one that’s easily attainable. Nearly every single living creature (and trust me, there are a lot of them) hates you and wants to see you dead, and the game’s RNG has a habit of being less-than-nice to you. Oh, and did I mention death is permanent? This is a roguelike, after all. Don’t Starve is the kind of game that you’re meant to fail at dozens – maybe even hundreds – of times. But that’s all part of the fun. Each time you fail you learn a little bit more about the game, and eventually you’ll know so much that you’ll be able to come out on top. It’s hard work, but rewarding. And if you’re not in the mood for soloing the game, there’s always Don’t Starve Together.

Don’t Starve’s creepiness doesn’t just come from the pressure it’s constantly putting on its player. The game’s aesthetics are perfectly Halloween-y, too. Stylized in a way that could only be described as “Tim Burton-esque”, Don’t Starve treats its players to sights and sounds that are dark, gothic, and sometimes scary, but never absolutely terrifying. 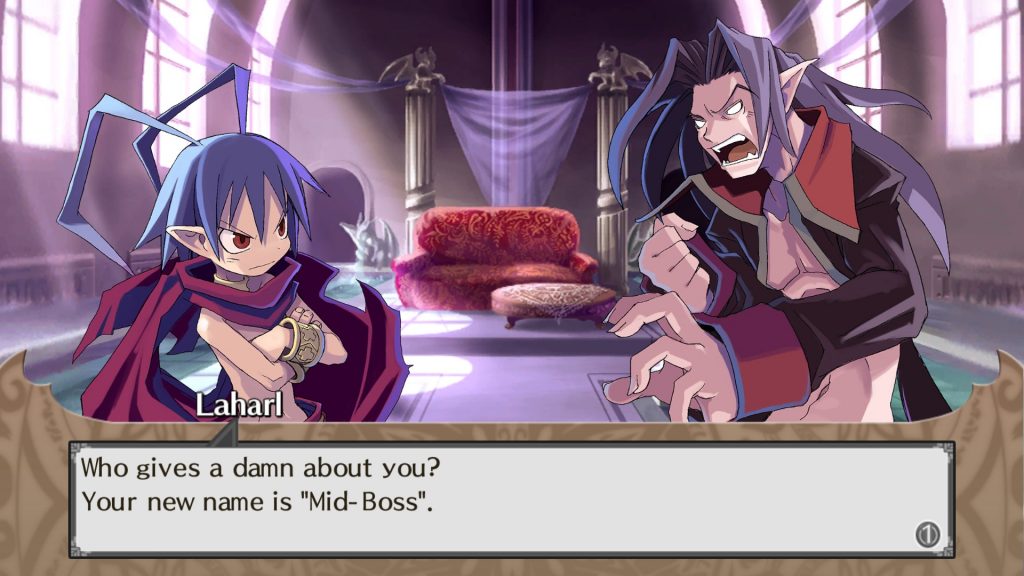 It seems like Japan has always held some kind of fascination with taking something traditionally scary, and making it less so. This trend has actually grown over the past few years, so finding an example of it isn’t difficult. Still, if you’re looking for an iconic example of this, then look no further than Disgaea: Hour of Darkness for the PlayStation 2. Or, for you PC gamers out there, the slightly updated Disgaea PC.

The first in developer NIS’s now-prominent Disgaea series, Disgaea: Hour of Darkness is a tactical RPG which first made its appearance in 2003 on the PlayStation 2. Hour of Darkness follows the story of Laharl, a demon prince, as he attempts to become the new Overlord of the Netherworld after learning about the death of his father, the previous Overlord. Sounds kind of scary, huh? Well, it isn’t. Otherwise, it wouldn’t be on this list.

Despite the game centering around demons and the underworld, Disgaea: Hour of Darkness – and the entirety of the Disgaea series – doesn’t take itself too seriously. The story is essentially just one gag after another, with the occasional serious moment thrown in for prosperity’s sake. Hour of Darkness features a very charming and likable cast that, as you’ll quickly find out, isn’t scary at all.

I suppose that is something to fear about this game. It doesn’t have anything to do with the plot, characters, or theme, though. In actuality, it’s the game’s playtime that you should be scared of. While I won’t go into it here, Disgaea games are known for being time sinks. Fun, clever, and wonderfully addicting time sinks. If you plan on making this your “Halloween game” of 2017, great! You probably should have started it at the beginning of October if you wanted to beat it by the 31st, though. 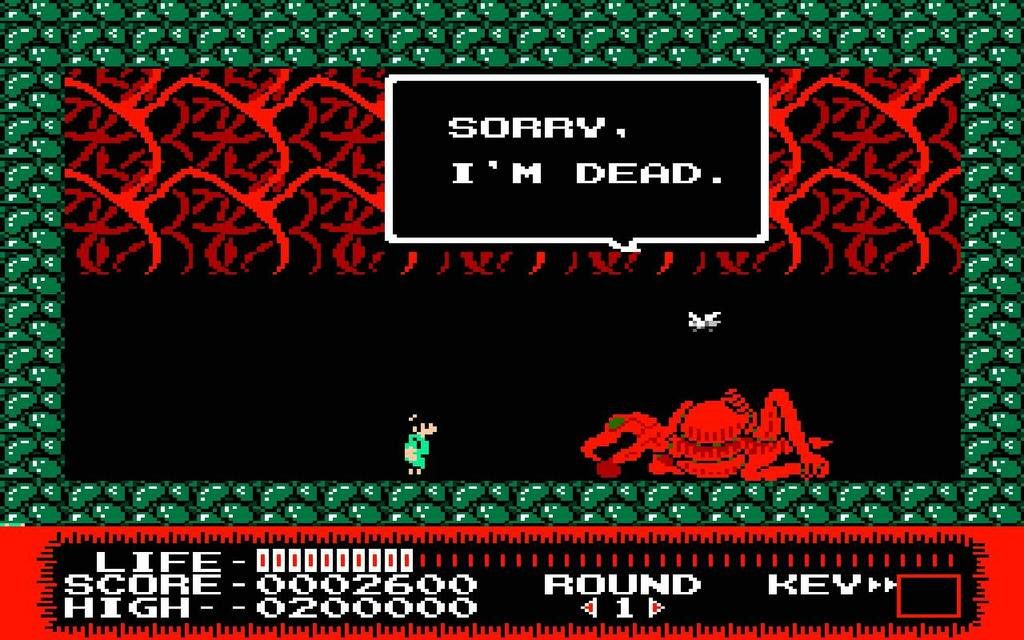 So far, we’ve only gone as far back as the PlayStation 2. That doesn’t mean that the whole “less-than-scary Halloween” theme is new (relatively speaking), though. These kinds of games have actually been around for a while, now. That’s why number 5 on our list is none other than Monster Party for the NES!

Originally released in 1989, Monster Party follows the story of a young boy named Mark who, on his way back from a baseball game, is approached by a mysterious gargoyle-like creature. Introducing himself as Bert (yes, seriously), the creature explains that his realm, the Dark World, is under attack by a group of evil monsters. And that, for some unexplained reason, he needs Mark’s help. Although Mark is initially hesitant to help as he’s literally a child with 0 combat exposure, Bert assures him that his ability to swing a baseball bat efficiently is more than enough experience, and quickly whisks him away to his home world.

In terms of gameplay, Monster Party is a relatively normal platformer – and a very enjoyable one at that. Although it does take a bit of practice at first, it shouldn’t take long before you get the swing of things (no pun intended). Overall, this game does a great job of giving off that “Halloween vibe”, by guiding players through 8 tropey-yet-fun levels such as spooky caves and haunted castles. The game’s bosses are also highly unique, and are an excellent combination of creepy and funny.