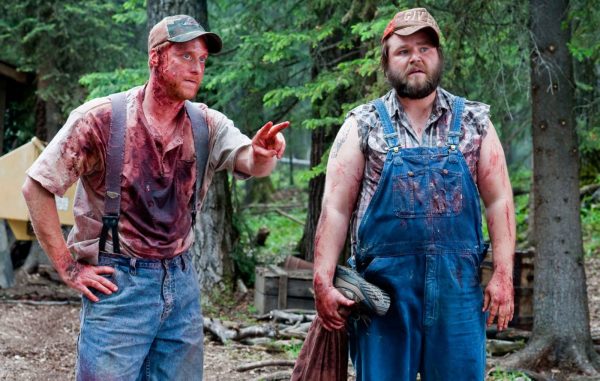 If horror isn’t really your thing but you still want to watch something kinda scary, don’t worry. Tucker and Dale vs. Evil is going to be right up your alley. Some teenage slasher, some romance, and all comedy, this movie will have you laughing your butt off while simultaneously holding you at the edge of your seat.

Tucker and Dale are the epitome of what most people would call “hillbillies”, complete with overalls and southern drawls. Despite their intimidating demeanor though, they’re actually really good guys at heart. You know, they’re just misunderstood!

That’s what they keep trying to tell the slew of teenagers coming after them for “kidnapping” their friend during a skinny dipping session at the local pond. Regardless, the kids are convinced otherwise and set themselves to “killing the hillbillies.” More often than not though the teens just result in accidentally killing themselves. This doesn’t bode well for our two heroes who, despite just trying to do the right thing, find themselves with a body count to explain to the local authorities.

Things soon go from bad to worse. Suddenly, it’s Tucker and Dale that have to rescue new friend Allison from her own friends. Things don’t go quite the way you’d think, but in the end everyone gets what they want and they all live happily ever after.

Well, not the teenagers. They’re all dead. 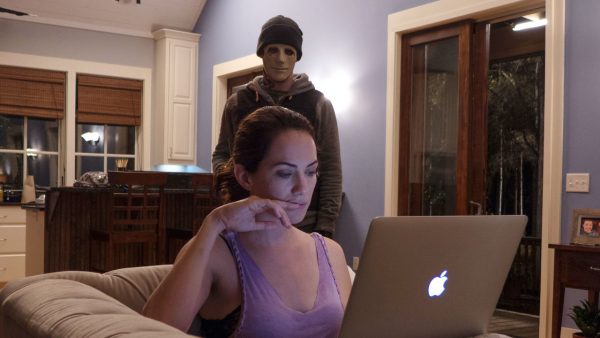 This was a hidden gem of a movie that I’d never expect to find in the depths of Netflix. If I’m going to be honest, this movie would probably not even be on this list if a friend hadn’t recommended it to me. I’m glad I watched it though, because nothing makes a slasher/thriller movie more interesting than the thought that you can’t hear when they’re coming.

Maddie Young is a writer, and successful one too. However, she’s having some writer’s block. To help work around this, she’s taking some time at her family’s cabin to get away and find her perfect ending. But what ensues almost results in Maddie’s own ending.

A killer is on the loose in this neck of the woods, and Maddie is his next intended victim. The only problem? Aside from the crippling isolation and the cut power, Maddie is deaf and mute. This means she can’t hear him when he’s near, and she can’t scream for help either.

Over a painfully short hour and twenty one minutes a tantalizing game of cat and mouse ensues. Who will be the victor, and will Maddie be in one piece when this is all done with?

As a mega fan of this film I don’t want to tell you too much. What I will say is that if you watch nothing else on this list, at least give Hush a try. I promise you, it’s worth every minute.