Elex, also known as Dost Thou Wishest To Join Our Faction, Good Sir? 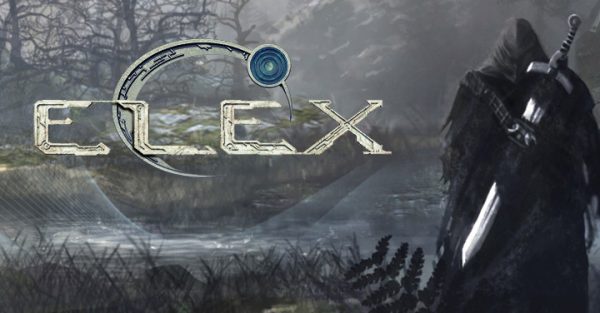 RPGs are a dime a dozen. Gamers can’t swing their Mario hats without knocking down anywhere from ten to twenty in any given retail environment, and their quality is about as varied as their subject matter. Because of this, most all of us know what makes a good RPG. At the very least, we know what makes a functional one. While room for adjustment is usually the norm in these games, we make exceptions when things don’t work quite right.

Most of these games feature one or more of the following: smooth to adjustable combat, simplified menu systems (not you, Andromeda!), comprehensive leveling, scaled enemy encounters, and so forth. There’s also sprawling levels with intricate narrative, plot directing decision making, and a wide variety of NPCs that you can meet and interact with. Elex has some of these things, but what it has more of is problems.

Elex is a veritable swamp of drudgery, demanding hours upon hours from players before they’re capable of accomplishing even the most basic tasks. (At thirteen hours of play, I was only at level seven, if that’s any indicator.) You’ll spend an eternity attempting to join a faction, only to have to pseudo-ally with all of them so as to get enough jobs just for the XP. Additionally, these jobs will almost always result in lengthy dialogue sequences. In the end, each of these will frequently incorporate some version of, “so are you going to join our faction?”

While it’s not all bad, the trip was certainly bumpy. Furthermore, my love-hate relationship with Elex has yet to have absconded for all the time I’ve put into it. 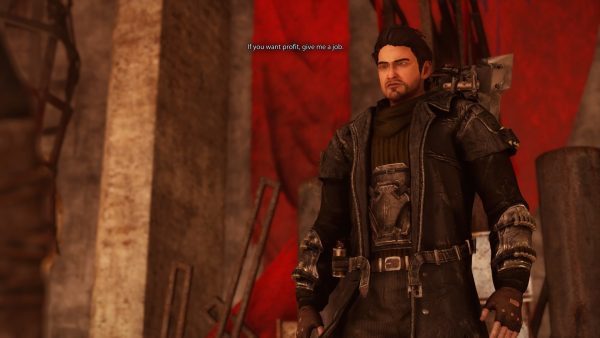 Let’s start from the beginning. The titular elex is an element that permeated the world of Magalan after a comet struck the planet. This nearly caused the extinction of mankind, with its remaining humans forming societies, or factions, in order to survive. There are four factions total: the Albs, the Berserkers, the Clerics, and the Outlaws. Each of these factions has their own sets of values and laws that you must abide by when you chose to join them.

You start as one of the Albs, a commander known only as Jax. Because Jax is a preset character, there’s no design to be had. Jax is your standard bread and butter character: a deep voiced white male with just the right amount of no personality. He will be your avatar in this adventure, like it or not. (But don’t worry guys, he’s got a scar, so he’s edgy.) Anyway, Jax is betrayed and left for dead by his brother (also an Alb) at the beginning of the game. As such, he must now make his way in the world anew, finding his place and seeking revenge in the process.

Players will come to find that the Albs are the most hated of the factions. As abusers of the drug elex, they essentially turn their people into mindless, unfeeling machines. To make matters worse, too much elex turns the Albs into mutants, so their existence is a balance in addiction management. Fortunately, or unfortunately, rejoining the Albs is not an option. So while you’ll be fighting them, don’t expect to make many friends among their ranks.

Next are the Berserkers. They’ve found a way to revitalize the planet through something called a World Heart, which is a giant plant that seeps the elex out of the soil and transmutes it into Mana. Therefore, the Berserkers are the only faction that have magic. By planting multiple World Hearts, the Berserkers are bringing life back to Magalan, and it’s this that made them the most appealing faction up front. Unfortunately, they’re pretty adverse to technology, and they’ll remind you every time you use your judicator (think Pip-Boy) to locate your next objective on a map. 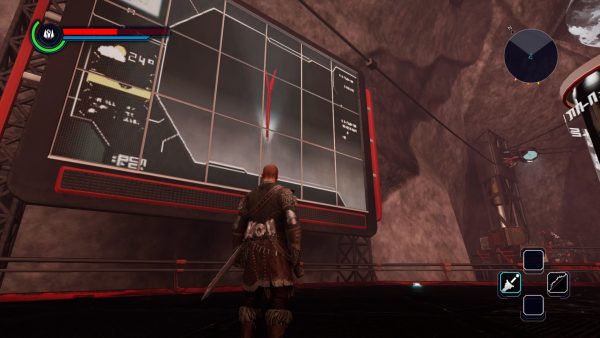 Then you have the Clerics. These guys sound cool upfront, but are actually religious zealots hellbent on converting everyone into their religion.  Their cause wasn’t helped upon entering their stronghold, which was a weird mix between a Star Wars Empire-like base and an airport with all of the navigational problems that comes with both. They do have guns and mechs though, but right as I was about to excuse the crazy religious stuff I found out they were actually kidnapping and brainwashing members of other factions to grow their numbers!  They’re also the faction that the Albs broke off from, so that was three strikes for me.

Lastly, you have the Outlaws, and they’re exactly what you would expect them to be. It’s here the game takes on a sort of Mad Max aesthetic, which is cool at first. Yet, as this was the third faction I’d visited I was getting tired of the amount of work it was taking to even make it to an initiate stage with these groups. I eventually got bored and went back to the Berserkers since I’d already done the most work with them. If you do meet the Outlaws you will at leaste meet Nasty , who is a companion/love interest once you’ve appeased her in enough tests of combat. She was arguably one of the most likable people I’ve met in the game, next to Caja (that should tell you something) but ultimately my heart stayed with the Berserkers.

Once you’ve made your choice you can finally level within the ranks of your faction, opening up more than mere survival and armor skills. Remember, Berserkers give you magic, Clerics tech, and Outlaws money. Once you’ve joined a faction, you cannot join another, so choose wisely.

You Wake Up Cold, Naked, And Afraid. Then Things Get Worse. 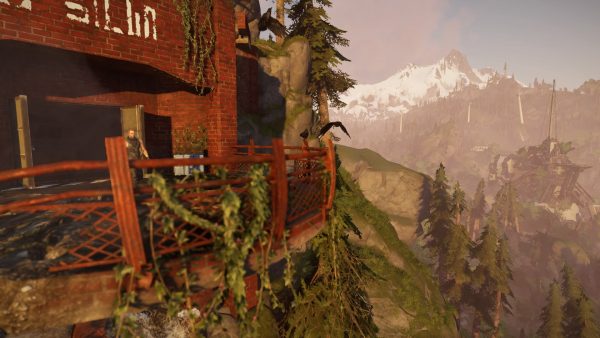 With all this having been said, it’s evident that Elex’s strength is in its narrative and level design. It’s flaws, however, are unfortunately numerous and severe.

Combat in this game is downright maddening. The fact that enemies don’t scale to you is only part of the problem, though. Blows and dodges must be timed to perfection to ensure a seamless flow in battle. Also, if you don’t have a companion to take along for the ride you’re going to have a tough time of it. Factionless Reavers, rotboars, mass rats, trolls and mutants are only a small fraction of the issues you’ll face when traversing Magalan, and they all have you on the dinner menu.

You’re going to need armor, weapons, and training to survive in this cruel new world too. But before you can get any of that, you better join a faction. Not sure which to choose? Don’t worry, you’ll spend up to twenty (real world) hours or more finding out. Side missions, beast slaying, and fetch quests will make up a good portion of this time as you struggle to level up. What does this mean exactly? That Elex is the epitome of a grind fest. You’re going to spend more time running, or talking, than fighting in this game.

For someone who started as the greatest military commander of one faction, only to be neutered beyond effectiveness at the start of everything and stay that way for so long is untenable.  Elex takes much and gives little in return for its players.

Okay, So Hear Me Out…Why Don’t You Join This Faction? 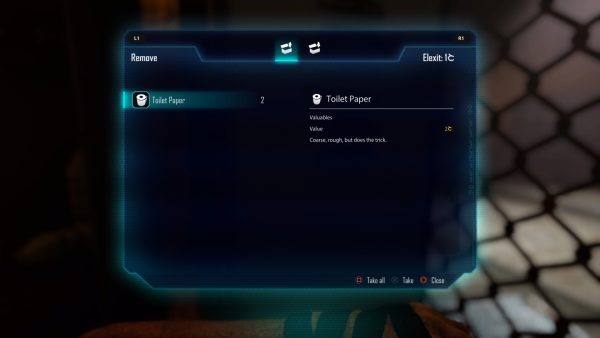 All of this is unfortunate because at its core, Elex is a good game. It has an interesting story, beautiful settings, and a lot of lore that is begging to be dived into. Beyond this though, the game struggles to hold itself together.

Elex requires patience that the average gamer just doesn’t have. Its combat system is in severe need of a cleanup. Framerate drops are all too commonplace, and while the loading screens are few they are unseasonably long. The positions between point A and point B are unclear at best, and seemingly nonexistent at worst. I’ve had markers on my map fail to load in, while adjustments to my map legend never remain longer than a few minutes at a time. I’m constantly fighting with the UI when I’m not fighting radioactive chickens or murderous robots. When I’m not, the whole system is instead fighting me. Worst of all I’m making narrative choices in my dialogue that are unclear about how they might affect the story simply because there’s so much story!

Normally I wouldn’t complain about this kind of thing, but when I’m struggling just to keep up with the main mission these things just end up taking a backseat to everything else.

I really want to like this game (to be honest I still do a little), but it’s in need of some major patches before I could recommend it to anyone. Even then, said recommendation would come with a heavy disclaimer. It seems that seasoned fans of other Piranha Bytes games such as Risen and Gothic may be satisfied with the game, but to the unseasoned player: beware!

Full Disclosure: This review is based on a copy of Elex given to HeyPoorPlayer by the developer.

Calling Dr. Howard, Dr. Fine, Dr. Howard.     It’s been a while since I fired up my Playstation VR. The honeymoon period is definitely over and the poor…