A Symphony of Strange 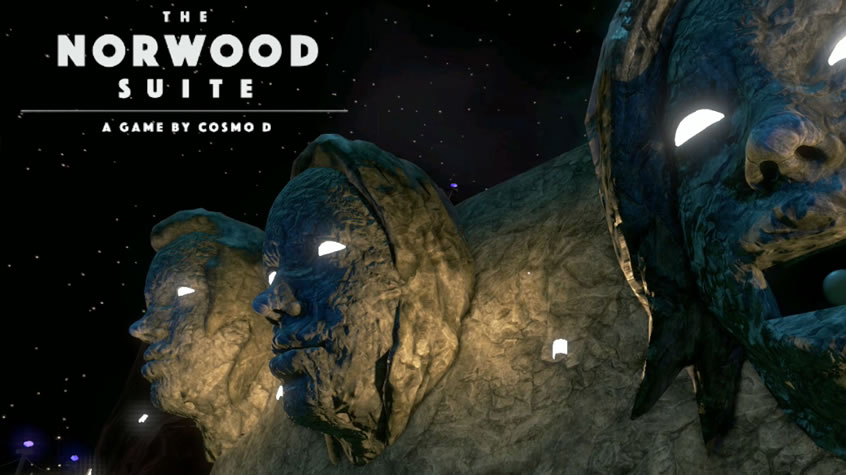 Even after beating The Norwood Suite, I’m not sure that I could give you a concrete explanation of what transpired. It’s a strange game. A very strange game. I suppose that that isn’t a bad thing necessarily. After all, there are plenty of good, strange games out there. But I feel like there’s such a thing as going too far. There comes a point where things are so obtuse within a game that you’re left with nothing more with feelings of confusion, uncertainty, and even a little bit of apprehension. The Norwood Suite didn’t go that far. But it got close.

To be fair, though, I don’t really think that that’s what The Norwood Suite is about. In actuality, I think that it’s about art and music. Or rather, the developer’s interpretation of art and music. And it’s important to understand that no two people internalize either of those things in the exactly the same way. So yes, this game is definitely unique. But it’s that uniqueness that most of the game’s charm comes from. Still, I’m not sure that it’s the kind of charm that everyone can appreciate.

Time to Check In

As odd as The Norwood Suite is, it does still still have a story. A story with you, as the main character, checking into the illustrious Hotel Norwood …And that’s basically it. For the most part, after making it to Norwood, you become the hotel’s glorified gopher, running errands for anyone and everyone you run across. From making a sandwich to hacking into the hotel’s security system, if there’s a job that needs to be done then you’ll be doing it — all while collecting pieces of a costume so you can finally gain access to that party in the basement that everyone seems to be talking about. It’s supposedly a pretty rocking party though, so all of that work is probably going to be worth it. 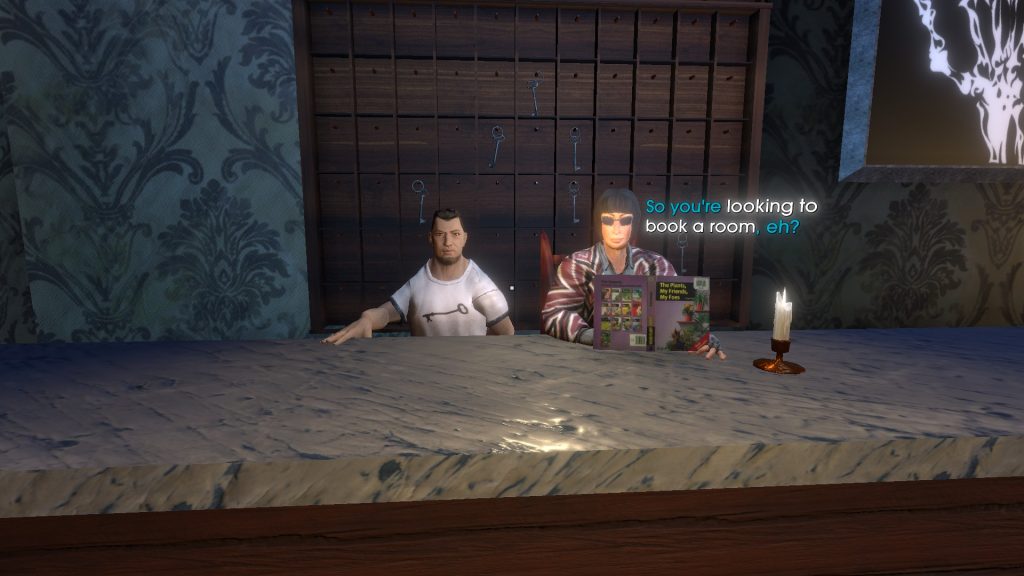 Finally, someone can help ME for a change! …R-right?

In lieu of presenting players with a rigid storyline, most of the game’s exposition will come from the people you meet during your errand-running duties. Hotel Norwood is full of eccentric guests, all with their own story to tell (most of the time quite literally). And surprisingly, a lot of these background stories are relatively normal. Conversations are set up in such a way that they sound less like you’re in the midst of a video game’s story, and more like you’re chewing the fat with a stranger at a bus stop. It’s a good fit for The Norwood Suite, where you’re never in contact with a person for over a minute or two.

Unfortunately, this setup isn’t perfect. Particularly where Norwood himself is concerned. As you explore, you’ll slowly uncover information about the enigmatic musician after whom the hotel was named. While some of this information comes from your many casual conversations with other Norwood residents and guests, a lot of it comes from pictures. Well, I guess they’re more statues than pictures. I won’t ruin anything, but I will say that it paints him in a different light.That didn’t change the fact that I found myself having plenty of questions about him even after finishing the game, however. I don’t necessarily expect any kind of detailed explanation in a game like this, but a little bit of extra exposition might not have hurt anything.

Despite having checked into the hotel as a guest, most of your time in Hotel Norwood will revolve around helping others. From the very start, you’ll find yourself going on one fetch quest after another. None of the gameplay is particularly deep, and these fetch quests are little more than “find item, click on item, present item to quest-giver”, but the game’s bizarre aesthetics still keeps the gameplay interesting. Other than that, The Norwood Suite is basically a walking simulator. Sure, the fetch quests help guide you a little bit, but you’re still doing little more than walking around. If you’re into video game scenery, then this shouldn’t be a problem at all — there’s a lot to take in. If you’re looking for a game with actual gameplay though, then you might find yourself quickly becoming bored. 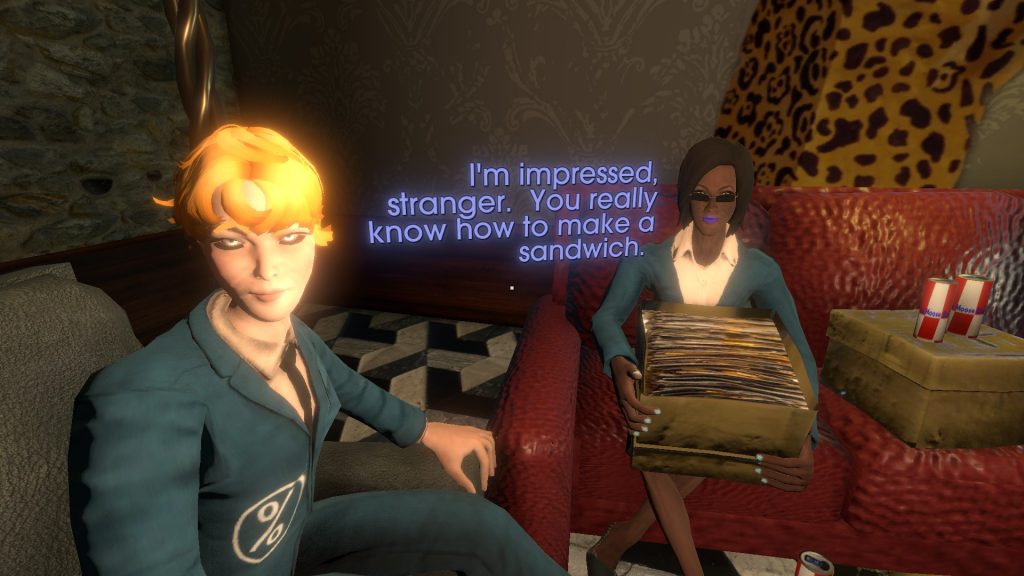 Well, at least I’m good for something.

Considering the kind of game that The Norwood Suite is, having a lax approach to gameplay isn’t a bad idea. I do feel like there’s a major missed opportunity when it comes to musical interaction, though. If a game like The Norwood Suite is going to be about music, then I expect music to tie into nearly everything. Gameplay included. Aside from one small piano-playing section toward the end of the game and an optional set of musical bowling pins that you can find, there’s little to do in the way of music creation. This game is surreal enough that throwing in a few creative ways for players to make music probably wouldn’t be to hard. It’s a shame that it didn’t happen.

There’s no arguing that the main focus of the Norwood Suite is its imposing aesthetic presence. Everything about this game is very dream-like, and nothing is ever exactly as it should be. Many parts of the Hotel Norwood are wacky and, for the most part, wonderful. And the parts of the hotel that do look normal are generally hiding some kind of secret. Another interesting thing about The Norood Suite‘s visuals is the artwork that adorns most of the hotel’s various walls. The Norwood Suite features a vast and eclectic amount of artwork, all rife with potential symbolism for the player to discern. Even if figuring out the meaning behind art isn’t your thing, the art’s still just as enjoyable to look at. 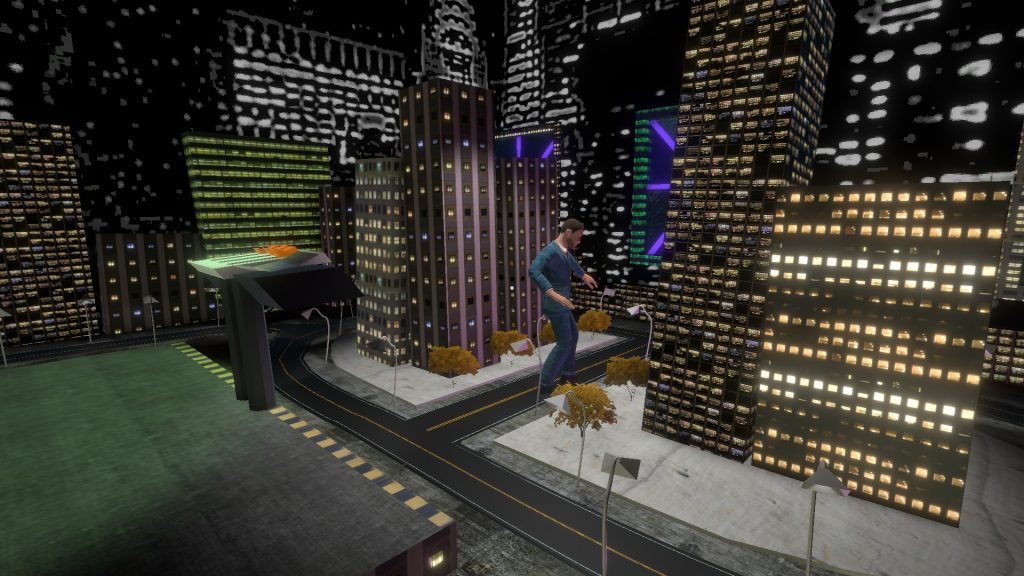 I’d probably check into a hotel that had rooms like this. A bed would be nice, though.

Of course, a game about music wouldn’t be complete without a proper soundtrack. And The Norwood Suite features a snazzy, jazzy OST by none other than Cosmo D — the game’s developer — himself. I liked the soundtrack overall, but some of it definitely teeters on the verge of being experimental. In my opinion, experimental music is pretty hit-and-miss. Actually, now that I think about it, that’s kind of the definition of “experimental” in the first place. Still, experimental jazz does seem to be a pretty good fit. It’s weird, temperamental, and hard to follow — just like this game (and I don’t mean that in a bad way).

The Norwood Suite is very odd, even by today’s standards. It’s a confusing, dreamlike journey through the world of art and music as seen and heard by one individual. I can’t say that this is how I interpret either of those things, but I don’t think that a difference in opinions makes this game any less valid. Whether you realize it or not, art and music are both very personal and intimate things. It takes a lot of courage to stand up and say “hey, this is what these abstract things mean to me”. It takes even more courage to make a game about those things.

Personally, The Norwood Suite is a bit too avant garde for my taste. Still, I don’t mind recommending it. If you’re interested examining the creative arts through the lens of another, or just want to play a game that ends up being very trippy, consider spending a night at the Hotel Norwood. You’re probably going to enjoy your stay.

Full disclosure: This review is based on a copy of The Norwood Suite given to Hey Poor Player by the Publisher

Riders Republic Review: A Diamond In The Rough Riders Republic makes an awful first impression. Dropping players into a tutorial that feels far too long, you’re forced to listen…