Attack on Titan 2’s playable cast detailed, game to release on consoles and PC in March of 2018 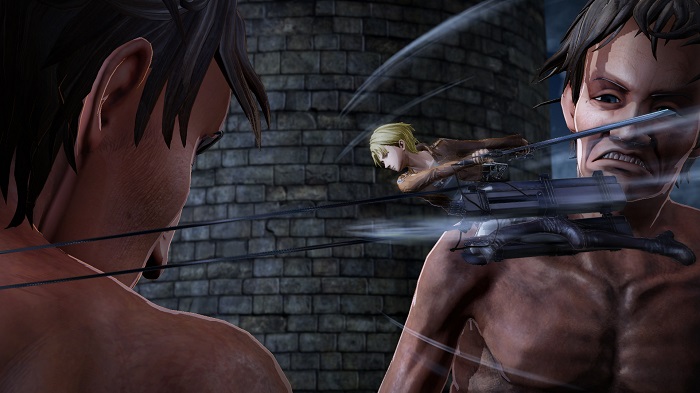 Publisher Koei Tecmo America today during a live broadcast revealed the playable roster of characters and launch window for their upcoming action title Attack on Titan 2.

While players are free to create their own Custom Scout to beat back the game’s monolithic monstrosities, they’ll also be able to take control of many of the anime series’ most memorable characters from both seasons of the anime including; Eren Jaeger, Mikasa Ackerman, Armin Arlert, Levi, Miche Zacharias, Nanaba, Gelgar, Ymir and Christa Lenz.

In addition to unveiling the game’s playable characters, Koei Tecmo America has finally announced a launch window for Attack on Titan 2. The game will release on the PlayStation 4, Xbox One, Nintendo Switch, and PC in March of 2018.

You can see more of the game in action during Koei Tecmo’s live stream below:

The follow-up to last year’s Attack on Titan, this sequel explores the events of the anime series’ second season. The game introduces all new challenges, updated gear including the Monocular, which allows scouts better analyzation based on spotting Titan positions from a distance, and Town Life gameplay, which allows Scouts to forge bonds with their comrades and deepen their relationships in-between missions.

Stay tuned for more details on Attack on Titan 2 as they become available.

So, is your favorite character making among the ones making the jump to Attack on Titan 2? Sound off in the comments section and let us know.