Warhammer: Vermintide 2 Is Coming To PC And Consoles In Early 2018 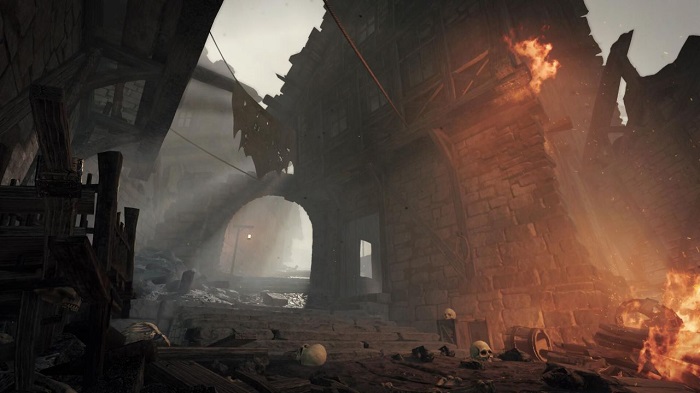 Indie studio Fatshark today announced that Warhammer: Vermintide 2, the sequel to the studio’s 2015 fantasy shooter Warhammer: End Times – Vermintide, will be releasing on the PlayStation 4, Xbox One, and PC in the first quarter of 2018.

The sequel is being billed as “a visually stunning and ground breaking melee action game pushing the boundaries of the first person co-op genre,” and will feature the new Chaos enemy faction. Additionally, players will be able to assume 15 hero careers, battle in new environments, master new talent trees, as well as the the game’s proprietary Heroic Deeds System.

To celebrate the game’s announcement, Fatshark has released a gameplay trailer offering an early look at the game’s brutal blend of melee combat and shooter gameplay. Check out over three minutes of bloody gameplay in the footage below:

“Vermintide 2 is the evolution of the genre. If you liked the first game, you’ll love the second.” says Martin Wahlund, CEO of Fatshark, and continues “We have listened to the community, analyzed hours and hours of online playthroughs, and combined this with our passion for co-op games to bring you the very best experience possible.”

Those wanting to pre-order the game can now do so on Steam. Pre-ordering the game will net buyers a 10% discount, access to the pre-order beta, and the upcoming DLC for Vermintide, Death on the Reik.