By Night He Went Ahead Of Them In A Column Of Fire. 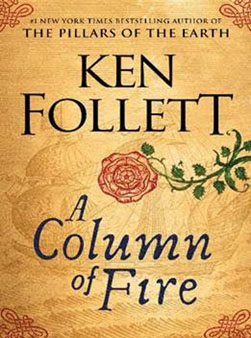 It is the year 1558, and fans of Ken Follet’s Pillars of the Earth find themselves once again in the city of Kingsbridge. Now four hundred years after the events of Pillars of the Earth, and two hundred years after A World Without End, we return once more to the familiar cathedral town to meet Ned Willard and Margery Fitzgerald, following their ill fated love story. As per usual in Follett’s novels however, this is not the only thing going on.

It’s a time of great upheaval in England. Queen Mary I has died, and the question of who must take her place sets to divide an already divisive nation. Will it be Mary, Queen of Scots and preferred choice of the Catholic church? Or will it be Elizabeth Tudor, the illegitimate daughter and Protestant who prefers religious tolerance to the extremism set about by her predecessor?

It is amidst the religious, political, and emotional turmoil of 16th Century England that A Column of Fire takes place. While many of the events are real, the main characters are not.

This historical fiction novel is the third in the Kingsbridge series, and long awaited by fans. But does it hold up to expectations? Is it worth the nine hundred and eight page journey with a myriad of characters to rival the extensive cast of the Game of Thrones series? This bookworm would say that yes, in fact, it is. The novel is not without its challenges however, something fans and newcomers alike may have to contend with during the course of the book.

The Course of True Love Never Did Run Smooth. 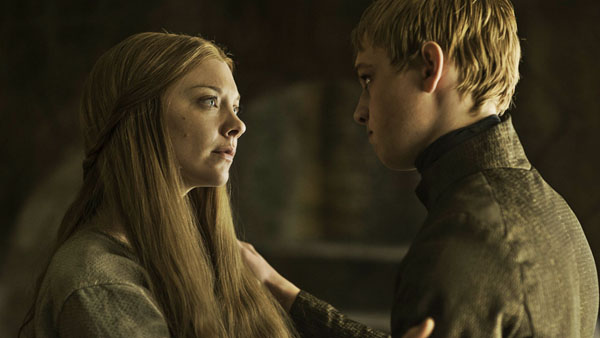 Many fans, myself included, been looking forward to this book. I recently reviewed the Pillars of the Earth game released by Daedalic Entertainment, and while it glossed over various aspects of the story I felt essential, I nevertheless enjoyed the ride. A Column of Fire has an ironically similar feel to it, something fans of the previous installments might find somewhat disappointing.

We are introduced first to Ned Willard and Margery Fitzgerald. Ned is the second son of a prosperous merchant in the town of Kingsbridge, while Margery is daughter to the town’s mayor. Their desired union shouldn’t be problematic on its own, but because the Willards are perceived as Protestant and the Fitzgeralds are staunch Catholics, the union is viewed as inappropriate by the latter’s parents. Because Margery’s family also has aspirations to become part of the national aristocracy, she is instead manipulated into marrying the Earl’s son Bart.

Broken hearted Ned falls into even further misfortune when Margery’s father plots to ruin his family’s business by swindling them of money and charging Ned’s mother, Alice, with the sin of usury through the church. The plan ultimately succeeds, which means that he and his brother Barnard must find alternate means to make a living than the family business.

Fortunately Ned is offered a position in the courts of Princess Elizabeth. Having seen the devastation that religious persecution wields amongst the people of Kingsbridge, Ned decrees that it is his life’s work to prevent further bloodshed. All men and women of England ought to be able to freely worship without risk of life and property. It is through Elizabeth, who later becomes queen, that Ned seeks to do this with.

So Many Places, So Little Time 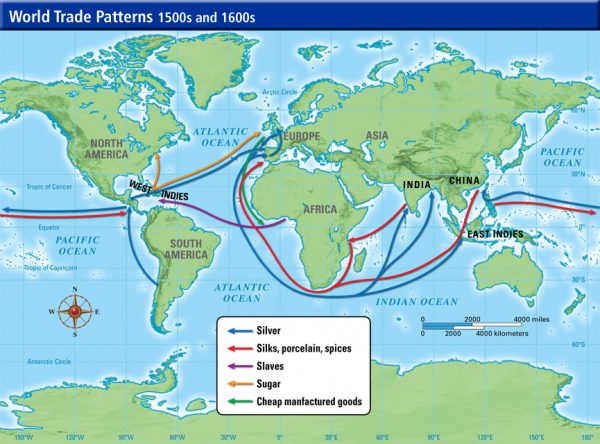 You’ll be going round and round the world.

As with the previous installments, A Column of Fire follows its characters over a long span of years. In this case, the book begins in the year 1558 and comes to a close in the year 1620. It goes without say that that is a long time to cover. Both fortunately and unfortunately the book often skips periods of time to advance the plot accordingly. Readers will go long stints of time, not only chronologically, but in the pages of the book itself without reading about some of the major players in this high stakes game. This can get frustrating. I often found myself forgetting about pivotal characters such as the heroine Margery Fitzgerald, or the devious Pierre Aumande who desires nothing more than to rise above his station in life. As the book goes on, the cast of characters grows which makes things a bit more complicated than in the previous books.

Over time the cast is so extensive that it feels as though Follett outright forgets to develop some of them. This might not be too terrible for those who have read the previous Kingsbridge books, since Follett does have the disappointing habit of making his characters into near carbon copies of each other in most facets of their psychology, but newcomers may find some of the characters boring if not downright shallow. It’s also hard to keep track of what is going on, because also unlike the last books, A Column of Fire does not take place strictly in Kingsbridge and her surrounding villages. Readers will be constantly transported between England, Scotland, France, Spain, and the Netherlands with the only sign of these transitions being the point of view through which you are experiencing the story. If you can’t remember who was where, then you’re going to have a bad time.

History In The Making 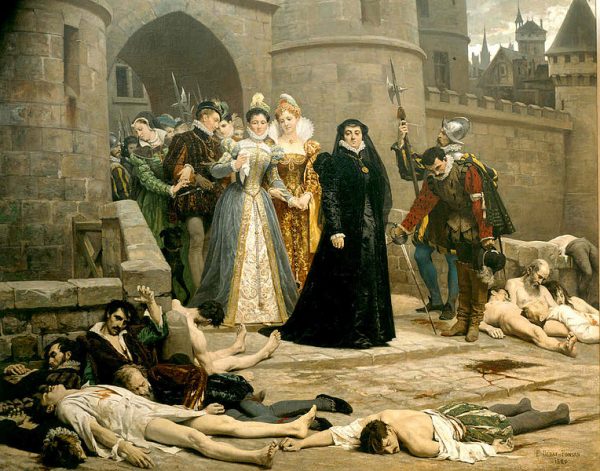 While the events don’t get too brutal in the book, you certainly get the idea.

While A Column of Fire is without a doubt a love story, as are the other Kingsbridge novels, at it’s heart is also a great deal of history. For those who don’t know, Elizabeth I was responsible for forming what is essentially the very first secret service. Ned Willard is a huge part of that, but readers may recognize some other very real names in the pages, such as Sir William Cecil and Sir Francis Walsingham, known effectively as Elizabeth’s “spymaster”. Not to be left in the dust are the French aristocracy of the time such as the Guise household, Queen Catherine de Medici, and leader of the Hugeunots (the French protestant movement), Gaspard de Coligny.

Fans of the more bloody side of history will experience the events of the Saint Bartholomew’s Day Massacre through the eyes of Ned and Sylvie Palot, as well as the beheading of Mary Queen of Scots. These events are, of course, dramatized, but it’s nevertheless a poignant addition the plot when these familiar moments in history are incorporated into the narrative.

Fictional characters of course aren’t without their own important additions to the story, as is the case for Ebrima. Ebrima is a slave living in Spain at the beginning of the story, who over the course of time and through some choices made by his master, is subsequently freed. While Ebrima doesn’t play a very pivotal part in the story as a whole, his point of view, and those of his fellow slaves in 16th century Europe and abroad, offers a new perspective to Follett’s novels that wasn’t there before. It’s worth saying that Ebrima’s story is the first time that we see a darker side to the otherwise spotless heroes in the previous Kingsbridge series installments.

We Are Made By History. 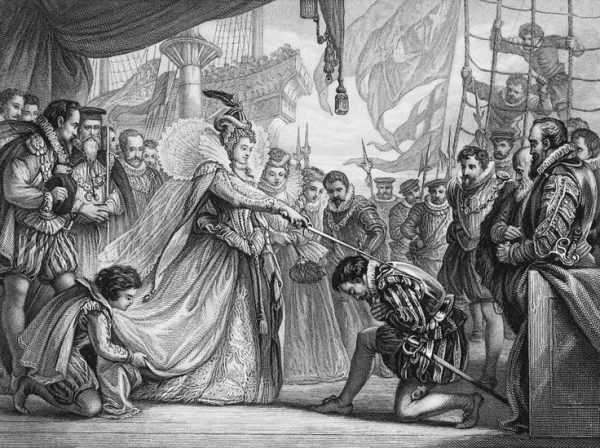 Queen Elizabeth I knighting Sir Francis Drake. Elizabeth I is a major character in A Column of Fire. Drake makes an appearance as well.

With just over nine hundred pages of story to contend with, fans new and old will have a lot to manage with A Column of Fire. Follett is at his best when writing historical fiction, and this novel will by no means disappoint. The cast of characters is diverse, if perhaps just a little too dense to really flesh out some of these people as much as one might like. While the story suffers somewhat because of this, it’s not enough to make the read intolerable.

Furthermore, you don’t have to be a history buff to appreciate A Column of Fire either. While Follett does a great job at painstaking descriptions to paint the images he attempts to create for his readers, you will not have to go out of your way to to try to envision the events and place them in the timeline of European history. Fans and newcomers can coast on the story alone and allow themselves to be swept up in a bygone era of political intrigue, chaos, and ultimately, love.

If you’re a fan of book series the likes of Game of Thrones and Dune, and have yet to test the Kingsbridge series for yourself, I implore you to pick one of them up. Because none of them are directly connected, newcomers can start anywhere in the series and not risk isolation from the comings and goings of the characters in the pages. The histories are linked, but the stories are ultimately their own.

Readers waited a long time for A Column of Fire, and if Follett continues the tale we’ll likely be waiting much longer for a fourth installment. That being said, the wait will undoubtedly be worth it.

Full Disclosure: this review was written based on a copy of the book supplied by the publisher: Viking. 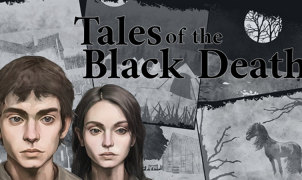 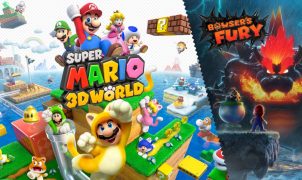