Get Me Off This Rock 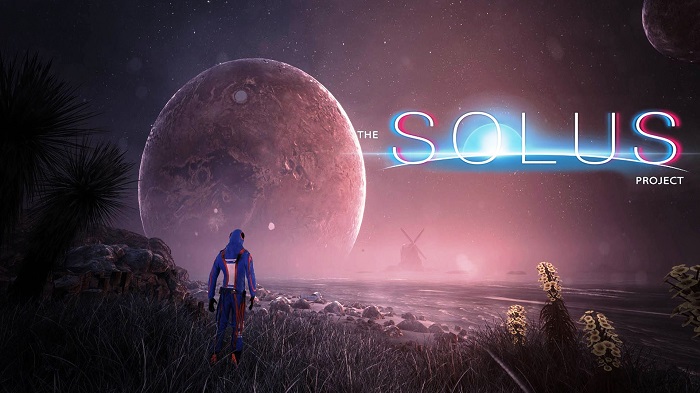 We’ve seen more than our fair share of survival games set on alien worlds in recent years. Some of which have done a great job of immersing players in strange new worlds full of mystery and excitement. However, it seems for every one that sets our expectations sky high, a dozen more leave our hopes planted firmly on terra firma.

The Solus Project is the latest entry in the space survival genre. Putting players in the shoes of one of a space refugee who’s forced to survive on an alien planet after your colony ship is blown to smithereens in orbit, the game makes use of some clever ideas over the course of its 12-hour story. Sadly, its frequently sloppy execution and repetitive mechanics tend to make this journey feel more like a slog than a thrilling trek into the unknown. 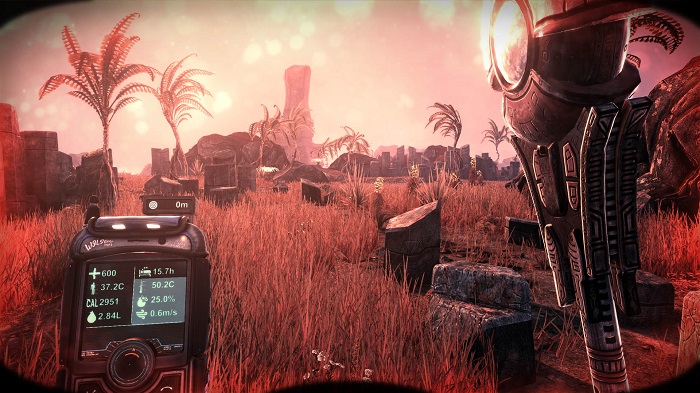 It’s not long after you step from the smoldering wreckage of your escape pod that the faults begin to show. After taking control of your character, you find yourself in a small crash site with a mesh net blocking your progress. Upon hovering your cursor over the net, your always-equipped PDA informs you this net can be cut. However, the only objects at your disposal are a pair of rocks scattered around the area. The solution to my problem was to combine both rocks to make a sharpened rock and cut the net. The thing is, hovering my cursor over the net and pressing the action button did nothing. It wasn’t until I was dying of dehydration that I discovered I wasn’t highlighting the net at just the right place to interact with it the way I had intended. Talk about frustrating! All told, this exercise in futility took close to twenty minutes.

Needless to say, my time with The Solus Project wasn’t off to a great start. This frustrating lack of clarity and direction lasts for the duration of your journey, too. You’ll get a number of interesting gadgets to solve puzzles, including a handy teleport gun, but you’re never instructed how to use these tools properly. This near total absence of instruction makes even the most basic activities a frustrating exercise in trial and error. And considering the fact that you constantly need to monitor your hunger, thirst, body temperature, and other factors, this can become a real problem.

Now look, I’ve played plenty of survival games in my day. And I always welcome the bits of experimentation they afford the player. These problems aren’t the result of The Solus Project being an especially deep game, though. They’re symptoms of shoddy design, and they consistently crop up to hinder your progress. 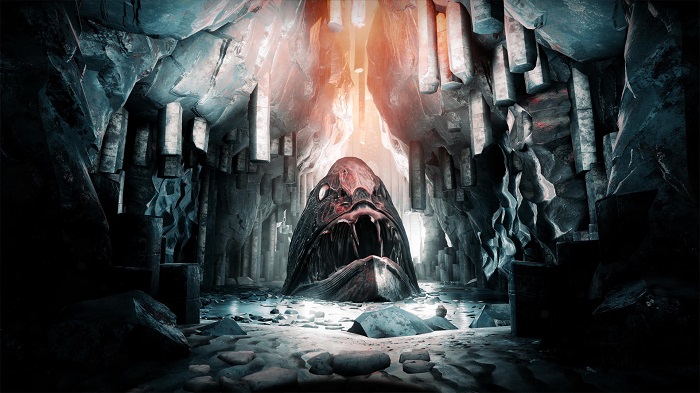 The Solus Project can be exhausting at times. But despite its many missteps, there are moments where everything comes together and the immersion really takes hold. It’s genuinely terrifying to see a raging tornado form on the horizon, forcing you to run for shelter as ice pelts you and trees whip like rag dolls in the wind. And I felt a real sense of wonder each time I discovered a new alien crypt or translated ancient hieroglyphics to uncover the fate of the planet’s original inhabitants. There’s even a bit of horror thrown in for good measure. And surprisingly, it’s pretty well executed, too!

Still, this feeling of awe does dissipate over time. This is mostly thanks to plenty of repetitive scenery and boring mechanics. All too often you’ll find yourself rummaging in the dark for some alien idol or key to proceed to the next area, rinse and repeat. A little more gameplay variety would have been a welcome shot in the arm for The Solus Project to help keep things interesting.

It’s a shame that payoff never really comes. Instead, we’re left with a game that feels awkward and unpolished compared to other games in the survival genre. And while the dashes of mystery and occasional scares do help spice things up and nudge the sci-fi story forward, they don’t quite do enough to overshadow the long stretches of monotony found throughout the campaign.

(Virtual) Reality Is An Illusion 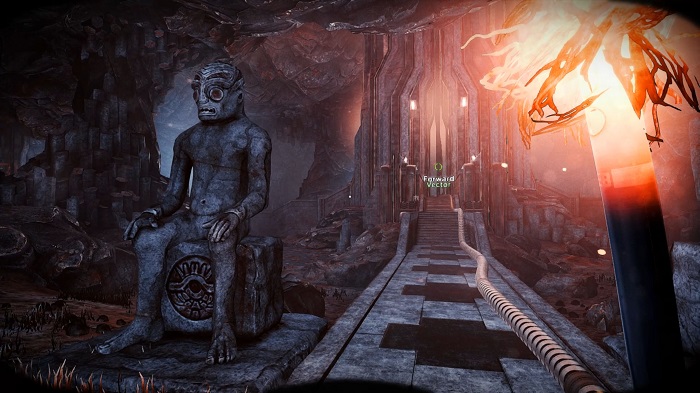 The Solus Project offers full support for Sony’s PSVR headset. If you’re like me, you’re probably thinking a solid, 12-hour adventure in glorious virtual reality is definitely long overdue. Unfortunately, developer Grip Digital has failed to take advantage of the platform’s strengths in a meaningful way. For example, while The Solus Project can only be played in VR with the PlayStation Move controllers, actions such as hitting objects, cutting foliage, and the like are still done with the press of a button. Sure, you can eat a weird alien plant or sip a bottle of water by holding it to your face, but why not let us players go all out and take advantage of our virtual limbs? Speaking of limbs, your hands are represented by two goofy in-game Move controllers, which absolutely kills the immersion.

Navigating the world in VR is frustrating as well. However, the developer does deserve credit for allowing both free movement and teleportation, for those who haven’t earned their VR legs yet. As I’m one of the iron-gutted players who’s immune to motion sickness, I chose the smooth locomotion option. Grip Digital have devised a pretty convoluted scheme when it comes to getting around in VR. Pressing the right Move button allows you to walk forward, while pressing the X and circle buttons will rotate your character at a 45-degree intervals. With no smooth rotation option available, it can make things like simply turning around or lining up a path to avoid pitfalls feel quite cumbersome.

Another problem that comes with playing The Solus Project in VR is the bump in resolution that comes with it.  You have your PDA in your left hand at all times, displaying all of your vital info. While this is a fine idea, reading this text is a nightmare due to the drop in resolution that comes from playing in VR. This left me standing, wiggling my left hand around in awkward ways until I could tell what I was looking at. The PDA isn’t the only victim of the jump to the PSVR as well. When playing with the headset, the visuals take a real hit in quality. The end result is a game that looks decidedly last-gen.

It’s really disappointing that The Solus Project struggles to find its stride in VR. After all, this is the kind of game that would be a perfect fit for the medium. Unfortunately, a combination of the PSVR’s technical limitations and strange design choices keep the game from ever reaching its full potential.

Despite its many missteps, The Solus Project isn’t a game without its redeeming qualities. The times when everything manages to click, the game really delivers the feeling of fear and isolation that comes with fighting for survival on an alien world. These moments are few and far between though. And more often than not, you’ll find the real nightmare is wrestling with the game’s awkward mechanics and clunky interface. Given some more polish and better optimization for the PSVR, The Solus Project could have been a real gem. Unfortunately, what we’re left with is a game that’s hard to recommend to all but the most die-hard survival or sci-fi horror fans.

Full disclosure: This review is based on a copy of The Solus Project given to Hey Poor Player by the Publisher