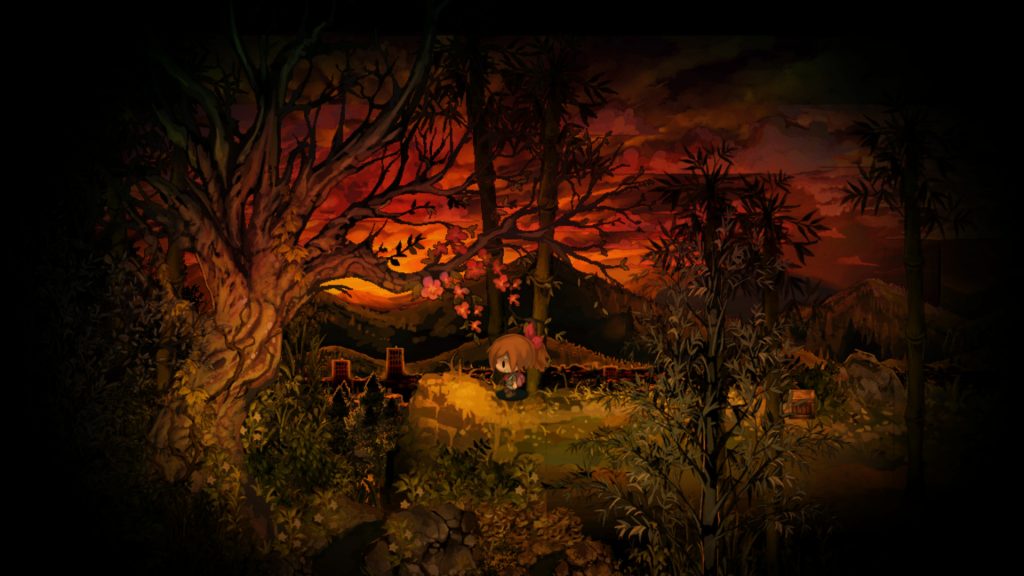 I am a complete and utter wimp when it comes to horror video games. As much as horror titles fascinate me, the actual task of playing through one is rather difficult for me personally. The sequel to 2016’s Yomawari: Night Alone might be one of those fascinations that will cause me endless sleepless nights. I had the joy of trying a demo of Yomawari: Midnight Shadows during a press meeting with NISA, and I must say that the game is looking like a nightmare in the best way possible. Atmosphere, thoughtful mechanics, and scares are all present in full force.

First and foremost I want to talk about the art and setting of the title. Much like the original, Midnight Shadows does not look like a standard dark and gritty horror story. The in-game models are very chibi-esque and the environments look like gorgeous hand painted works. However, at its heart this is a horror title, and the cute style is really juxtaposed by dark lighting and the creepy lonesome aura. Despite it’s outwardly cute appearance, the actual enemies and atmosphere are terrifying.

The game’s setting is that of a rural Japanese town. As such, the forests are more dense and there are way more traditional Japanese structures and ornaments. It gives the game a rustic feeling, and when complemented with horror elements, makes it feel way more lonesome than if it were in a metropolitan setting. There’s nothing more terrifying than being a small child in a small town where no one can help you while horrific things are chasing you, and boy are the monsters something. Now, I am not an expert on traditional Japanese culture, but the creatures have a very traditional Japanese folklore aesthetic. They’re not overly grotesque or gory, just creepy and unsettling. It’s a nice change of pace from the murderous psychopaths found in modern horror titles. 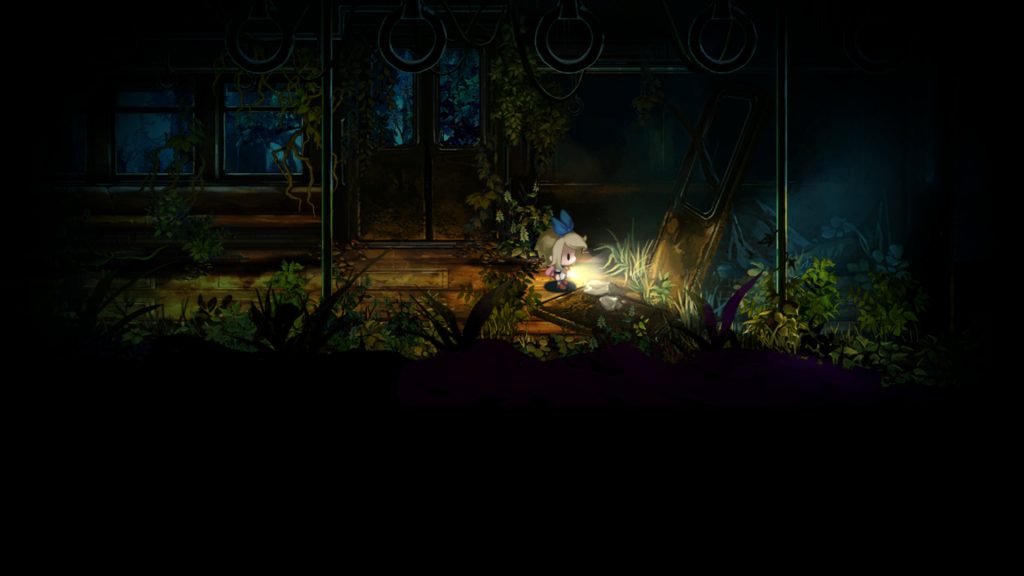 So what’s the game all about? In Yomawari you play as two girls, Yui and Haru. From where I started in the game, they really emphasized the relationship between our two adolescents. At the start of the demo, both girls go into the forest so that they can get a good vantage point of the fireworks from a festival. Yui and Haru are best friends, and when one them has to move to a different town, their friendship is tested. They have a short but sweet dialogue cutscene where they talk about growing up and the thought of them growing apart. It isn’t incredibly long, but since you will play most of the game as either Yui or Haru, it’s nice to see these character moments. After the fireworks they decide to go home, and this is where the real gameplay starts.

Yomawari is top down isometric horror title, with an emphasis on exploration and non-combat. The game is divided into chapters where you will play as either girl individually, or both at the same time, throughout your horror filled fantasy. The main draw of the title is the horror elements. There is no way to combat enemies when you encounter one, your best bet is to hide or run. However, running is limited by a stamina meter, and this meter drains faster when there are monsters. Hiding isn’t always a guarantee, either, as some enemies are more intelligent and can find you. A lot of the game is based around figuring out how to avoid enemies to progress through the chapter, using your wits and cunning rather than any type of physical strength. 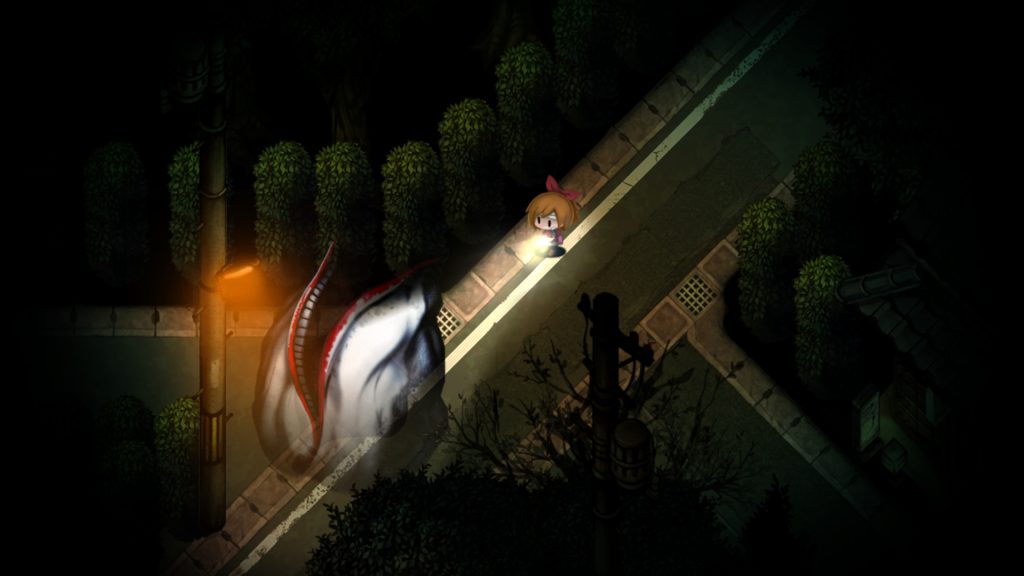 What struck me the most about Yomawari is how the game makes you feel powerless. This is what separates horror titles from other video games, as most games are inherently power fantasies. There was a moment in my playthrough where I picked up an item off the ground, then proceeded to go to the in-game journal to see what it was. To my surprise, a little after I opened the journal, a jump scare was waiting to freak me out. Yes, even in the menu screen you are not safe from monsters. It made me second guess everything I did, causing me to be on my toes more, or else risk getting spooked again. When combined with the previously mentioned creepy atmosphere and lack of combat, you really do feel like a helpless child.

Yomawari: Midnight Shadows is an incredibly promising horror affair. I love the cute style and how it juxtaposes the horror themes, and I love how it feels as though you are never truly safe. As I said, I am not the best when it comes to horror titles, but Yomawari is worth checking out if you are a fan of getting scared beyond all measure.