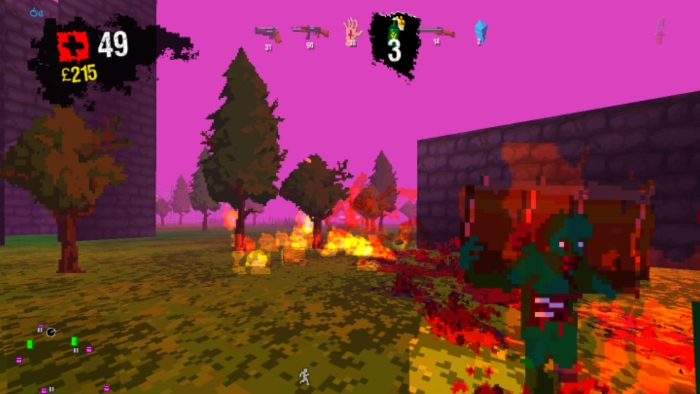 Still Not Dead. It’s perhaps the most inaccurate title for a game, ever. Because you are doing to die in this game. A lot. But don’t stress it: dying is just a natural part of the process, and everytime you die, you get a little further. That’s right, I’m describing yet another rogue-like mashup FPS in Early Access. With pixel graphics. And a synthwave soundtrack. But put down your cynical hat, because this is definitely one of the better offerings.

The game casts you as the survivor of an apocalypse. You’re placed in a quarantined zone that gets overrun with zombies and all manner of infernal abominations, and it’s your job to locate the exit. Simple, right? Well, it would be, except that you’re kind of on a tight schedule and Death himself will manifest to kill you should you take too long. But fret not, as you’ll have plenty of chances to pick up weapons and items, invest money in better stats, and generally tip the odds in your favor. Even if luck is deliberately against you sometimes.

A random state of affairs. 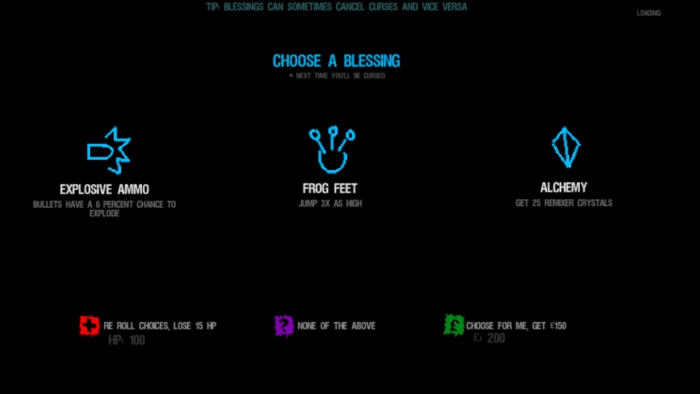 As expected, levels are randomly generated. But there’s nothing too intense on offer here. No corridors or mazes. No keys to collect. No switches to flip. The playing field is a flat plane with assorted breakable ruins thrown in and is mostly quite open. It invokes memories of Serious Sam with its large arenas filled to the brim with baddies. Indeed, Still Not Dead also delights in throwing hordes of monsters at the player, with each successful level pitting the player against more and deadlier foes. Fortunately, you’re treated to “blessings” (basically perks) in the intermissions. Unfortunately, this is countered by the presence of “curses”(basically handicaps) that also appear alternatively in the intermissions. Balancing curses and blessings is an interesting dynamic, especially since you may choose or forfeit these items at your own peril. They may even cancel one another out, so players are afforded the chance to think tactically.

Things get frantic before long. Players are approached from all angles by wayward explosive zombies and other hazards. It’s not uncommon to be bushwhacked if you don’t pay attention, but it’s not frustrating. The playfield is scattered with items, from health to ammo to coins, the latter of which can also be obtained from fallen foes. These are useful in purchasing items or as a forfeit to an unwanted menu of curses. Coins are also used to buy weapons, of which there’s a surprisingly creative selection on offer, including a throwable black hole which quickly sucks in enemies to another dimensions. It’s good, gory fun, and you’ll want to keep returning to it. And new mechanics and items are added constantly. I’m always excited when an update pops up, because I’m keen to see what new tricks the developer has in store.

Dead, but not buried. 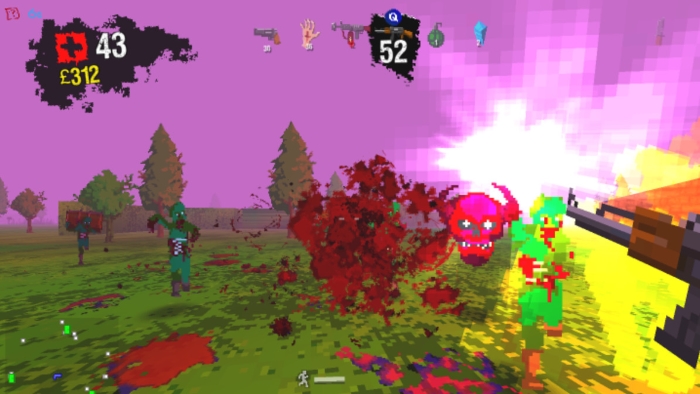 Graphically, this title employs a familiar pixel look that vaguely reminds us of the original Wolfenstein 3D, but with a distinctly 16-bit look to it. Enemies don’t appear to have backs and many sprites have a “flipboard” effect. It’s definitely low-tech, but it works well and is charming in all its unapologetic pixel glory. Musically, the soundtrack is a delightful mix of fast-paced synthwave, somewhat 1980s but a tad more modern, suiting the game wonderfully. Pity that the OST is not available as a separate purchase, because I’d buy it immediately.

Still Not Dead may be in Early Access, but it’s actually already quite a bit of fun to play. Gameplay still needs polish, and assorted ideas need to be refined, but there’s an extremely solid base here. The gameplay is very frantic, and uses its random generation in a way that interests the player instead of annoying them. With a lot to already see and do, I’m eagerly awaiting the product’s final release. If you fancy yourself as any sort of fan of rogue-likes, retro FPSes, synthwave music, and pixel graphics, then you need to check out its official Steam page and keep up with its progress. And for such a small amount of dosh, it’s certainly worth the price of admission. Take a gander at the trailer below to get an idea of what it looks like in motion. 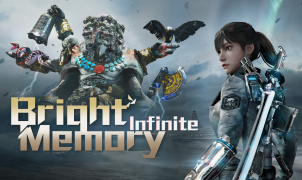 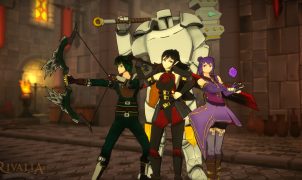