Can a dash of steampunk make this dungeon-crawler stand out? 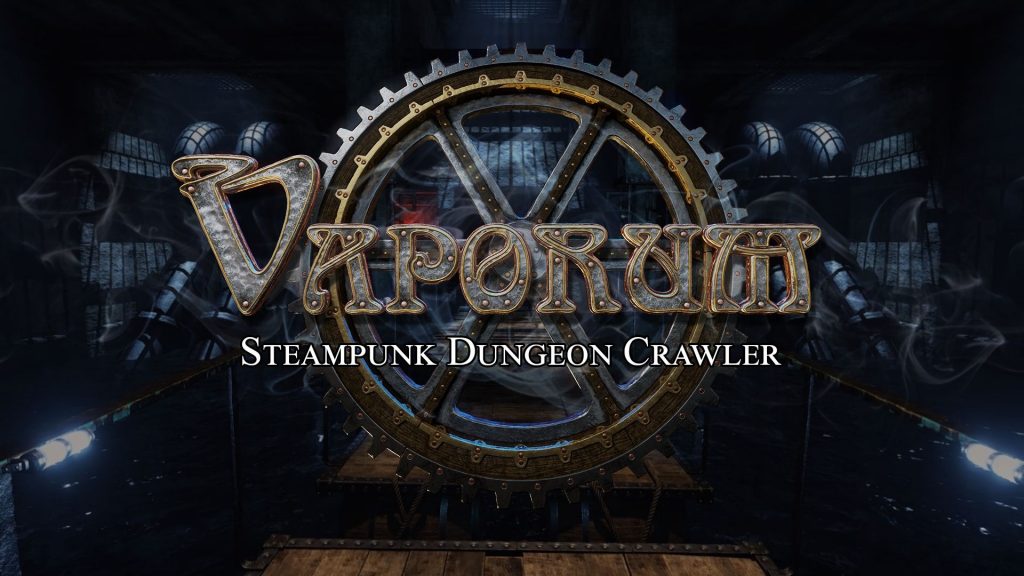 When was the last time you played a grid-based dungeon crawler? Not that they’re totally extinct — recent hits like The Legend of Grimrock and its sequel make compelling cases for their quality — but long gone are the days since they were the norm for Western JRPGs. Along comes Vaporum for PC, aiming relive those golden years through an eye-grabbing steampunk take on the genre. Developed by teeny-tiny indie studio Fatbot Games, the game’s approval on the now-defunct Steam Greenlight poised it well for success, but alas, inconsistent production values and frustrating combat bar it from greatness and mire it deep in neutral territory.

I say that with something of a heavy heart: I cannot claim to be especially well-versed with dungeon crawlers, yet the passion behind Vaporum is undeniable. The game is extraordinarily detailed, with secret rooms abound and a beautiful hand-drawn opening not just signalling this was a game made with love; this is a game dripping with atmosphere, and it wants to suck you in. That does work on some levels: I was impressed with the graphical work on display, and the minimalist score fits the setting: an amnesiac man washes ashore near a familiar mechanical tower, wherein he runs afoul of robots and mutants as he attempts to recover his memory.

That does not, however, mean it is fun to play. Yes, Vaporum does experiment with some amusing ideas: much of the puzzles, for instance, are appropriately mind-bending, and I particularly found myself occupied with the block-pushing. Meanwhile, the protagonist’s exo-rig armor is upgradable via loot and level-up perks, the latter of which can improve upon any “circuit” of your choosing. Be it improving your gun expertise or increasing your integrity (health), Vaporum‘s customization obviously prods the player into trying out offensive or defensive runs.

Not that I’d imagine myself doing this. Let us make this clear: the combat is not frustrating in itself. It’s merely passable with the presence of annoying enemies, yes, but the likes of flying turret bots and poisonous roaches can be dealt with upon practice. Truth be told, the real-time usage of dodging and reading enemy patterns can grow repetitive over time, but Vaporum does have a few tricks up its sleeve via environmental hazards and switching weapon types to match your foe (for example, blunt weapons to deal with robots are better than swords, which chop up living creatures like butter).

Nay, it’s more in how Vaporum utilizes enemy encounters; specifically, in how assailants are prone to sneak attacks while you’re already fending off killer robots. We could point out that, yes, nearby enemies do tend to congregate when within their field of range, but I recall several encounters that were very obvious spawns, and thus were impossible to predict with my attention already honed on the foe currently frying me from the front.

Put simply, such a scenario is far more cheap than it is entertaining, as being trapped/mauled in hallways normally would be. It’s astonishingly anti-player, and while Vaporum does offer a wide variety of options, be it control customization or even alternating between old-school/modern movement, that implementing a mini-map would’ve greatly benefited the experience is crushing. That’s not the worst part, though: the final boss is a tiring damage sponge dependent on enemy swarms, and I had to dumb down the difficulty to even stand a chance. That it was compounded upon by an absurdly unearned twist ending made all that effort quite deflating. 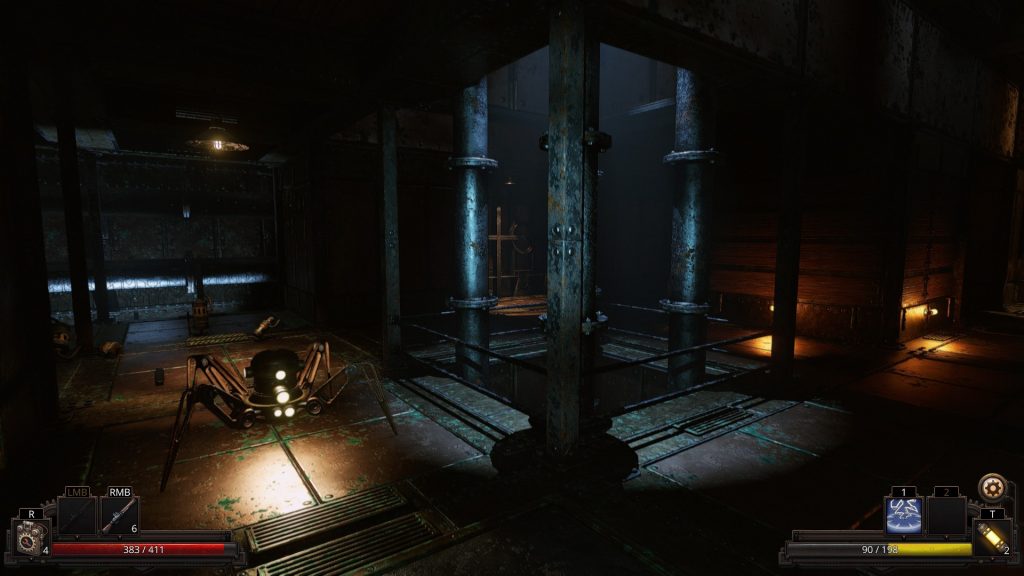 Which reminds me: the biggest disappointment with Vaporum comes in that for all its ambition in visuals, it fails to gel that with an interesting narrative. Yes, the amnesiac narrative is the correct approach: with the concept of a steampunk dungeon crawler being entirely new, having the protagonist share our awe provides a natural segue into the experience. But as voice diaries are uncovered and the protagonist’s memories return, it sadly devolves into a tired mess of horror cliches. This is difficult to describe without diving into spoiler territory, but while Vaporum‘s story does have the tools become interesting — we uncover mentions of a war and how the mysterious fumium substance has a life of its own —  they either fail to make themselves relevant or have their buildup wasted in a limp climax (this particularly revolves around the antagonist, although I’ll leave for the audience to discover). It doesn’t help much of the voice acting is below-average, filled with flat delivery and rushed, unnatural dialogue that wouldn’t be out of place in a flawed localization (think of the hiccups in Zelda: Breath of the Wild).

There are other things I could harp on — I think of a certain book-collecting puzzle, which felt unprompted and unnecessarily complex — but really, all this leaves Vaporum feeling, well, just there. The concept is interesting, but that inspiration doesn’t apply to the gameplay, and so we’re left with something that can only be bogged down by its missteps. It’s hardly terrible, but it’s not much of anything outside its initial premise. Only the hardcore dungeon crawler need apply.

Full disclosure: This review is based on a review copy of Vaporum. 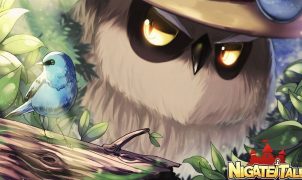 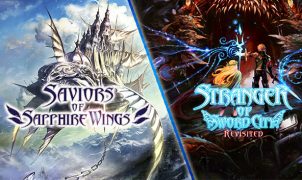