Could it be…a tribute? 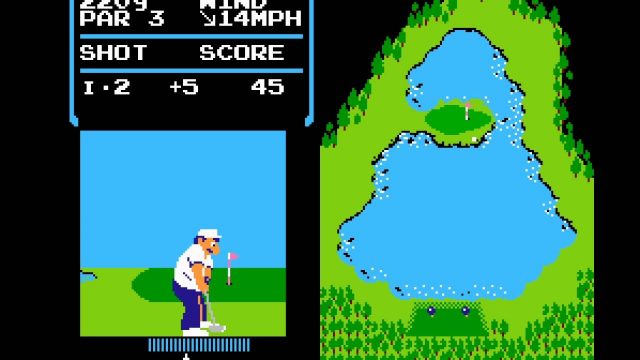 Not too long ago, it was discovered there was not only a NES emulator hidden within Nintendo Switch, but the classic Golf game as well! Discovered by hackers, many had simply assumed these were meant to test emulation for Nintendo’s newest console, but that might not be the only reason: hackers diving deeper into the code and Japanese fans observing the news have come to realize it’s probably a heartfelt tribute to late Nintendo president Satoru Iwata.

You’re probably wondering to yourself, how could that possibly be? Kyle Orland at Ars Technica discusses the hacking side of the story: amidst rumors on the GBATemp forums that Golf somehow appeared on one user’s Switch menu, noted hacker plutoo (who discovered the game hidden within the console) stated that triggering the game required the date to be July 11th and a certain 1.5 second-long motion applied with the Joy-Con controllers. Why July 11th? Because that’s the date Mr. Iwata had passed away. While the exact motion remains unknown, many have speculated it’s the bow or hand gestures Iwata had made in the Nintendo Directs, as it plays a Japanese voice clip of Iwata himself. Don’t believe us? Check out the video below.

That’s certainly a rather touching easter egg, but Japanese fans have interpreted it in a far more heartwarming matter. Justin Epperson, the Senior Associate Producer of the 8-4 localization group, noted on Twitter that Japanese users have referred to the hidden game as a “omamori” – shrine charms that bring good luck. As Mr. Iwata coded the game back in his programming days, Nintendo may’ve included the game to represent embedding Iwata into each and every Switch unit so he could watch over the console he never saw released. I think I have something in my eye…

We at Hey Poor Player will continue to enjoy Nintendo’s products in memory of the beloved Mr. Iwata.

What do you think of Nintendo’s latest tribute to Iwata? Will you try to unlock Golf next July 11th? Let us know in the comments below!