Can’t Sleep, Clown Will Eat Me! 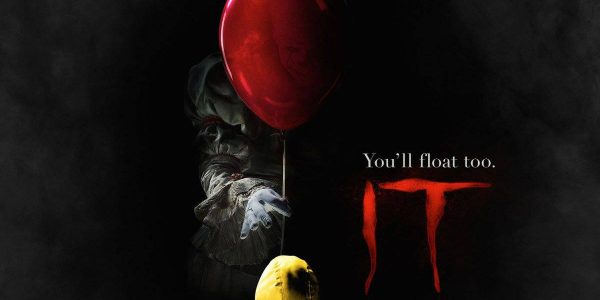 If you’ve ever had a fear of clowns in your life (or retain one to this day) no doubt some jackass is going to jokingly suggest that you see the movie It. Based on the novel from the master of horror himself, Stephen King, the original miniseries sparked coulrophobia in those who didn’t have it before, and likely exacerbated it for those who did. Fortunately, or unfortunately depending on how you look at it, Pennywise is making a comeback just in time for the upcoming Halloween season.

Having not seen the original miniseries myself, or read the novel this story is based off of, I went into It not quite sure what to expect. I’ve harbored an under the skin discomfort around clowns (and dolls) most of my life, but nothing to the point of debilitating fear. I wasn’t sure if I was going to come out of my experience better or worse for wear, however, given that I’m also kind of a wimp when it comes to the horror genre. (I once left half a row of moviegoers covered in popcorn after a jump scare in Sam Raimi’s Drag Me To Hell, so that should give you some perspective.)

However, since I wasn’t undergoing this viewing experience alone, I grit my teeth and bared it, comforting myself with the knowledge that I could always flee to the other side of the country if I embarrassed myself too heavily. Thankfully, that wasn’t necessary. While It proved to be a wild and somewhat unnerving experience, it wasn’t the terror fest that I anticipated. As to whether or not this is what the original fans may want I suppose will be up to them. 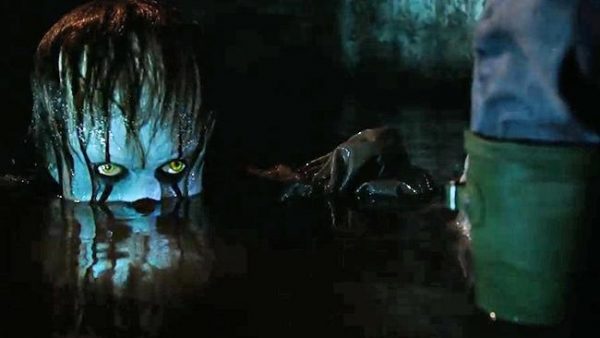 True to the source material, It takes place in Derry, Maine. It’s here that we’ll follow “The Loser’s Club” made up of seven misfit youths. Bill Denbrough, Ben Hanscom, Bev Marsh, Richie Tozier (you should recognize his actor from Stranger Things), Stan Uris, Mike Hanlon, and Eddie Kaspbrak will be our main protagonists on this journey once again. Unlike the original story though, we won’t switch between their child and adult counterparts. Instead we’re left with them as children throughout the duration of the film, which is arguably better. The cast for It is already pretty expansive, and adding a whole new set of actors to play the adult variations of these characters would have muddied the story well beyond enjoyability.

Beyond that point, the story is pretty loyal overall. Kids are going missing, starting with Bill’s younger brother, George. One year later, and with other children now missing as well, the kids start to have strange and terrifying encounters. Stan is haunted by the specter of a woman from a painting; Bev is soaked in blood in her bathroom as she is dragged down the drain of her sink; Eddie is stalked by the world’s most disgusting leper; Ben is haunted by a headless child in the basement archives of the local library; and Mike…well, I’m still not sure what Mike experienced outside of a vague revisiting of how his parents died. Bill, of course, is haunted by the “ghost” of his younger brother.

When the kids put together that the mysterious clown is connected, they attempt to fight and kill him, putting a stop to the murders that are happening now and have been revisiting Derry every twenty seven years. Surmising his location, they seek him out to do just that, but not everything goes as planned.

After some deliberation the kids find the Well House and face off against terrors galore. Poor Eddie is faced with the leper once more, while Richie gets stuck in a room full of clowns. Eventually the kids are all gathered in the foyer of the house, and it is here that both they and the audience get the first full glance of Pennywise. 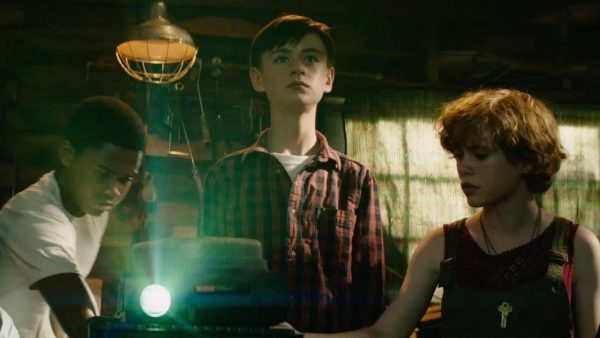 Bill Skarsgard is an insane presence as the murderous clown, Pennywise. The babyface prosthetics, monochromatic outfit coloring, and sheer towering height make him enigmatic enough. Yet where the actor shines through the most is the smaller details. Lumbering, rigid movements in our first few moments give viewers the sense that Pennywise likes to play with his prey. The constant stream of drool (originally a result of the prosthetics) work to add to the sense of hunger – emphasizing his status as a predator. But in reality, it all comes down to Skarsgard’s voice and eyes. The vocal tones we hear him use dance between playful and demonic, while offset eyes (the actor has a natural lazy eye) add a dash of the unnerving.

The crew applied an equally terrorizing editing trick when intensifying certain experiences with Pennywise on screen. In instances where the killer clown was rushing the children, or one very unnerving scene where he’s dancing on a stage, viewers will note that the world at large seems to move while Pennywise’s own head manages to remain perfectly still. Much of this was done with CGI to the chagrin of some fans (so I’ve heard). Yet it adds a certain aura of etherealness to the entity known as Pennywise.

For those unfamiliar with the lore, Pennywise himself is actually an inter-dimensional being. The clown that we see is not his true form, but is the one he prefers most when it comes to luring his favorite prey: children. This “camera trick”, for lack of better terms, could serve as a way to inform viewers that despite his familiar appearance (mostly) Pennywise the clown is in fact not of this world. This is only speculation, mind you. It did serve to intensify certain scenes that might have otherwise given way to silliness if conveyed differently.

The Story Ends…Or Does It? 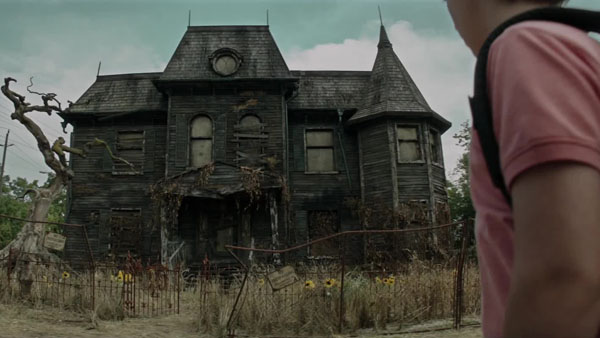 The kids’ first experience with Pennywise serves them in two ways. One, they are able to slightly wound the clown, and two, they find out where he lives. However, the overwhelming trauma of their encounter leads them to go their separate ways since no one’s all that interested in dying. This changes, of course, when Bev herself goes missing, taken by Pennywise after a fight with her questionably intentioned father goes awry and leaves him bleeding from the head on the floor.

Bill finds out and is able to gather the children together for a final hurrah, saving Bev and ultimately solving the mystery of what happened to Georgie the year before. Yet as the final moments play out, the kids are already beginning to forget the experience. They end by making a blood pact that, should Pennywise ever return, so would they. As the credits begin to roll, we hear that familiar laughter once again, and we are informed that this was, in fact, Chapter One.

We All Float Down Here! 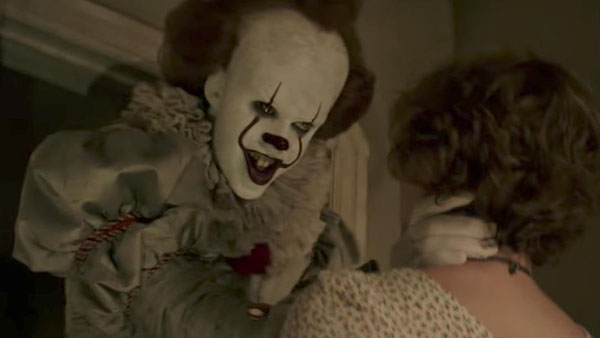 This means that Chapter Two is likely going to follow these same characters as adults. We can surmise as much from Bev’s premonition at the end of the film also. We also already know that Skarsgard will be reprising his role as Pennywise, but the mystery of who will play the adult versions of The Losers Club remains. Regardless, 2017’s adaptation of Stephen King’s It has already broken box office records for movies of the horror and supernatural genre. Even if the sequel fails to live up to its predecessor, fans both new and old can walk away from this movie with a sense of fun, coupled ever so slightly with a chill down their spine.

As someone who wasn’t a fan before, I can honestly say that I loved this movie. I expected to be scared within an inch of my life, but somehow found the whole thing fun – in a really weird sort of way. The cast of young actors takes a few scenes to warm up to as some are a little shaky in their acting towards the beginning, but in a short while grow into themselves very well. It almost makes you wish you were part of your own Losers Club. In the end though it’s Skarsgard who steals the show as Pennywise through and through. If you had any doubts about this film’s credibility, you can leave them at the circus tent door. It delivers just as successfully visually as it does in its narrative. Every scene is a wild ride as well as a veritable guessing game of when the next scare is coming. If you’re even a marginal horror fan, you’re going to love this movie.

Does anyone smell peanuts?

IT is in theaters as of this article’s writing and was produced by New Line Cinema. Distributed by Warner Brothers.