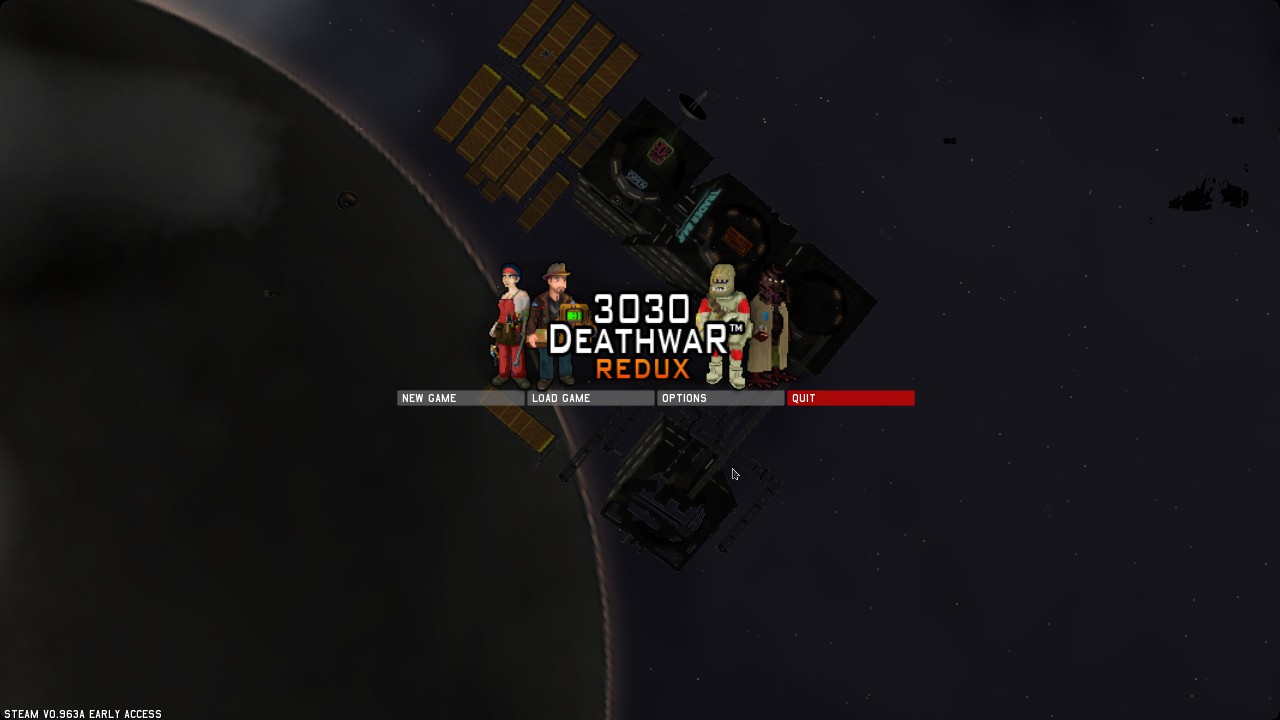 Ever play a game where one aspect of the package is really impressive? Like, it’s the one part that stands out in your mind above all others? I think most of us have. But how about a game where that one thing is a source of salvation for what is, otherwise, a long chain of mild-to-medium monotony? Playing 3030 Deathwar Redux, there were a couple moments where I felt like screaming from my ring of catchy, 1980s synth-pop, because that synth-pop was all I had. That and a well-realized world full of taxi missions. Sometimes space rules, and sometimes space sucks.

3030 Deathwar Redux is a mix of both. Protagonist John Falcon is a sort of Han Solo-type, captain of a small vessel with a crew of 3, including himself. As the game opens, the ship gets impounded at a station, leaving John and company stranded until they can figure something out. And so the game begins, a mix of well-written and consistently entertaining story missions and…well, and open world stuff. 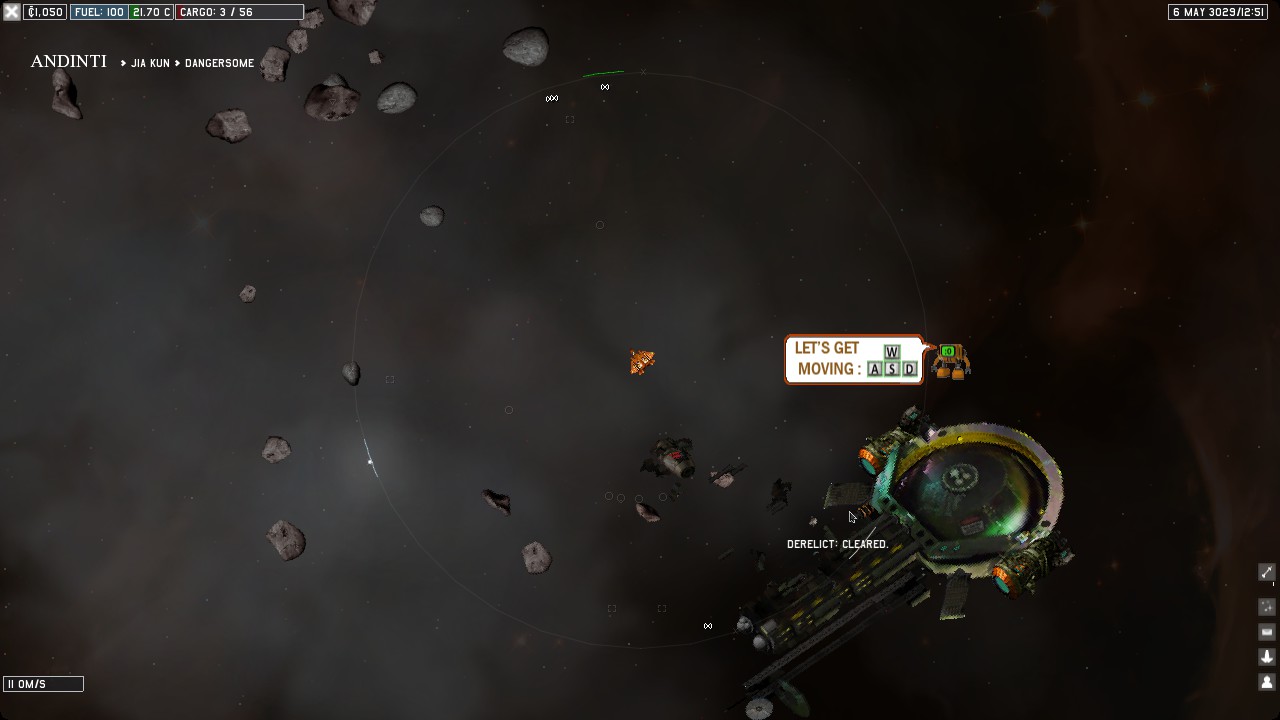 Early on, 3030 Deathwar Redux tells you that, surprise, it’s actually open world! This essentially means that there’s a story, and that story is still where the majority of the best content lives, but there’s other stuff to do as well. After your ship gets impounded, you manage to get your hands on a teensy little cruiser, and can start taking up odd jobs in order to buy your way up to  a bigger and more capable vessel. This means it’s time for sidequests! Side missions in 3030 Deathwar Redux will actually take up a pretty large chunk of your time, plus more if you want to scrounge around for money for a while. These include serving as a taxi for people, bringing items from place to place, carrying cargo around with your ship, and clearing space debris. The short version of that is: a lot of flying around.

And that’s okay, for a while, because the game’s space travel is kind of neat. The control system takes some getting used to, but makes sense when you consider the physics of how most fictional spaceships tend to work. There’s a handy map array in a thin circle around the ship while you fly. It’s there to be helpful, not intrusive. You can buy new ships and upgrade them as you go, and it’s fun to browse and pick upgrades on the fly as you stop in between missions. It’s easy to get into your map and mark a destination within whatever system you currently reside. Getting out of there, though, is another story.

As stated, spaceships in 3030 Deathwar Redux operate by pretty standard sci-fi rules. That means a super-speedy boost drive kicks in when travelling long distances. Yet somehow, even then, long-distance space travel just gets dull after a while. I found myself spending a bit too much time for comfort just holding down the right directional key to push me towards whatever planet or station I needed to taxi someone to. More mission variety or better quick travel would have greatly improved this part of the game. Add to that, the UI is so complicated that the first time I had to travel to a new solar system, it took me a good 10 minutes to figure out how to do. Sometimes, it’s the little things. You also can’t save while you have missions running, which sucks, because you will almost always have missions running. 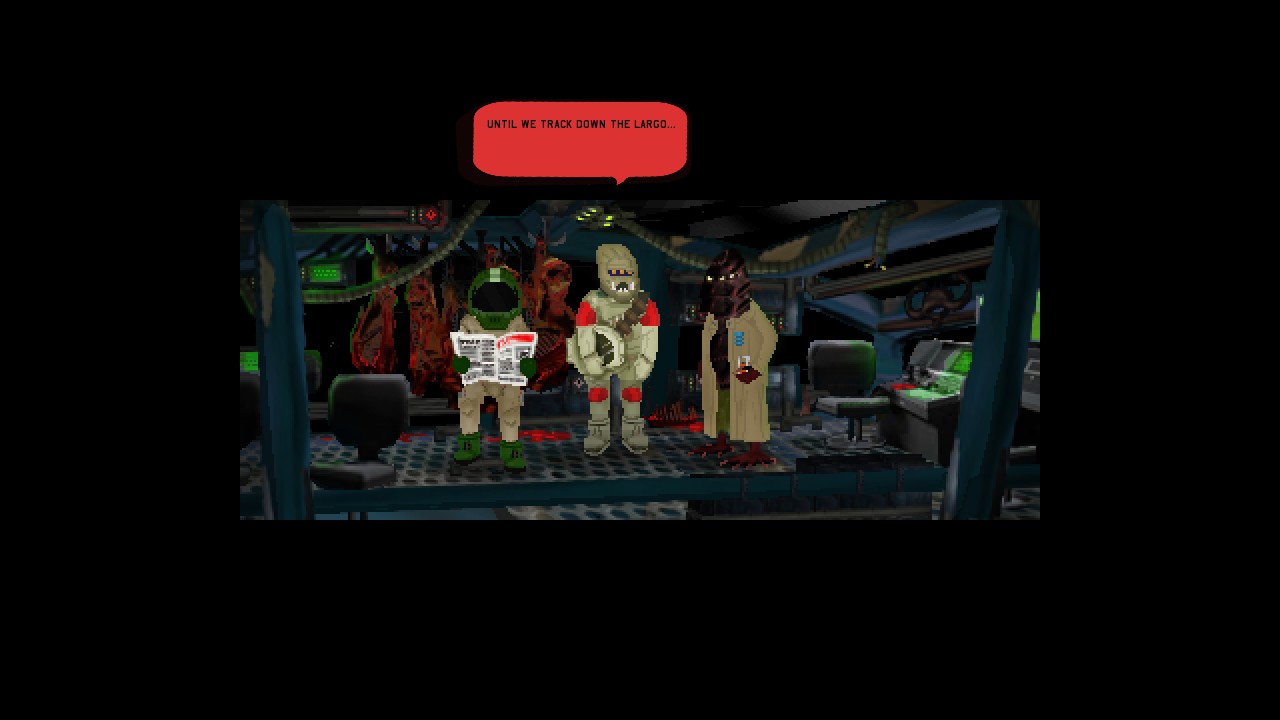 Thankfully, 3030 Deathwar Redux‘s more frustrating moments are at least somewhat alleviated by some really good writing. It’s humor straight out of King’s Quest or old Monkey Island. I liken the type of writing on display to moments in the Muppets movies and original show where characters would riff on their own situations. See Statler and Waldorf in particular. It’s nice to play a game in an expansive world where you’re not caught up in high space drama. Instead, you’re with a bunch of characters who are just trying to get by. Also, characters who probably could have made it as stand-up comedians. Lightheartedness bleeds from this game, and is welcome to do so.

The art style is similarly unique, and maybe a little less tight than either writing or earlier-mentioned beautiful soundtrack. It’s going for an old-school feel, but there are some characters with sprites that look about ready to fall apart. That said, the huge variety of characters in the world is really special. Crow from MST3K is a bartender, for goodness’ sake! Although not always the most pleasant to look at, the art direction in 3030 Deathwar Redux is ambitious, to say the least.

If I seem slightly vague on 3030 Deathwar Redux, it’s because somewhere along the way, I realized I was reviewing a pretty good game that’s just not my cup of tea. That open-world sandbox is constructed in a very smart way, but filled with missions that bored me. They might not bore everyone. I know there’s a very specific market for this kind of thing. If that market is you, then market it up! Its UI is overcomplicated. Space travel gets dull, but its presentation is good and its ideas are all in the right place in space.

Full disclosure: This review is based on a PC review copy of  3030 Deathwar Redux given to HeyPoorPlayer by the publisher.