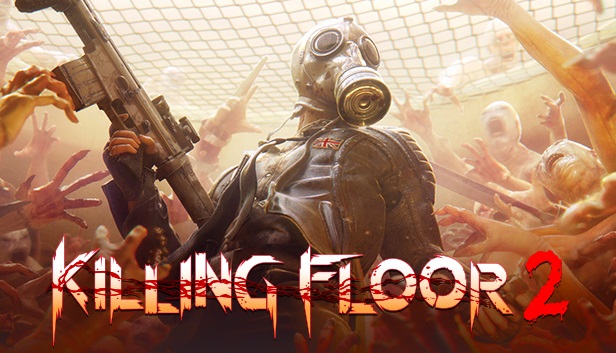 As I’ve written about before, I’ve always been fond of endless survival gameplay. Ever since a misspent youth of playing and replaying Skulltag’s “Invasion” maps, I’ve been fascinated by the simple purity of killing absolutely ridiculous numbers of enemies over and over again (and getting killed myself a few times in the process.) Done right, it’s the most pure and potent distillation of the kind of fast-paced first-person shooting that got a lot of us into gaming.

And yet, surprisingly, I always had difficulty getting into what many would consider the epitome of the genre: Killing Floor. Perhaps it’s my own fault for joining the fun late, or maybe I’m just bad at games, but I found the original KF unsatisfying and often frustrating. I mean, I played it, ‘cause there wasn’t anything better, but I’d often forget that it was actually a thing that existed in my Steam library unless there was some major event or update happening.

In many ways, Killing Floor 2 just feels like a more retail-ready release of its predecessor. There’s more guns, more monsters, and everything has a level of gleeful polish that the first game sorely lacked. It’s one hell of a hellish good time, as the thousands of people who are already playing it on PC and PS4 can attest. Now that it’s made its way to the Xbox One, I’ve been having a great time turning Zeds into piles of red slime. Sure, it doesn’t do much to improve on or add to the base gameplay of the original. But as far as wave-based survival games go, this is probably the best we’ve ever seen.

“Welcome back. Please don’t bleed on anything.” 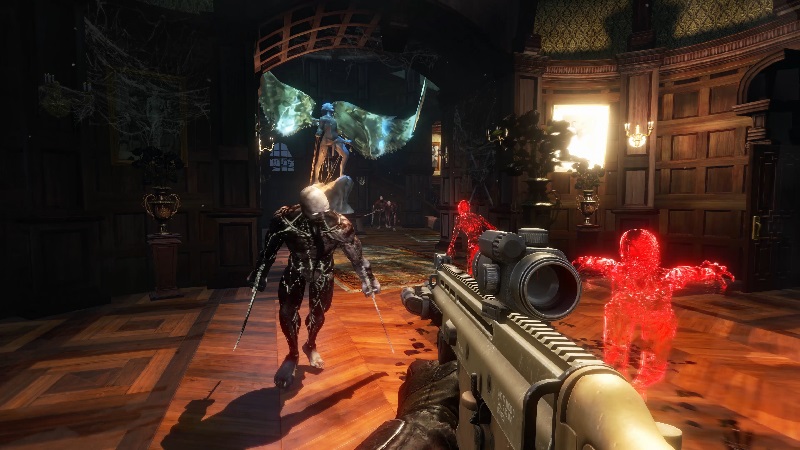 KF2’s monsters are a far cry from your standard zombie game fare.

Killing Floor 2 is as simple a premise as you could ask for: some evil corporation’s unleashed a zombie virus, like you do, and now it’s up to a ragtag team of soldiers, scientists, and survivors to…well, it’s not clear what exactly we’re trying to accomplish here, but it involves killing Zeds, taking names, and making money. Though the game doesn’t have (and doesn’t need) much actual story, Killing Floor 2 gives each survivor a name, and a plethora of quotable lines. Don’t like who you’re playing as? Switch ‘em in-game! Don’t want your serious zombie-killing interrupted by an endless stream of goofs and gags? Turn ‘em off in the options. Killing Floor 2 – especially in the Xbox One version, which combines all of the content from all of the game’s previous DLC – is all about letting you play however you want.

As for the actual gameplay, Killing Floor 2 takes place in rounds of 4, 7, or 10 waves. Kill each monster in a wave, and you’ll get 60 seconds to heal up, buy stuff, and equip different classes (confusingly called “Perks”) before the next attack hits. You win the game by beating every wave and one of two bosses: the invisible, feral Patriarch or the crafty, technologically advanced Dr. Hans Volter. Then you keep doing that, over and over again, forever. The sequel has added a second asymmetrical PvP mode that pits one or more players in control of an extra-powerful Zed against the usual team of six survivors, but it doesn’t do much that dozens of other games haven’t already done as well or better, and based on my own experiences with the Xbox One version, no one even seems to be bothering to play it.

What, then, is the appeal of doing the same very basic thing over and over? Well, I would argue that Killing Floor 2 encourages replayability a lot better than its predecessor. Like the first game, you’re mostly playing to level up your classes, which in turn grants new abilities. For example, my favorite class – the Berserker – gets better and better at melee damage as they level up, and they also get substantially more health, becoming more of a tanky badass the more damage you deal with Berserker weapons.

But unlike Killing Floor one, you unlock these extra stat boosts much more quickly. In only a few hours of play I was seeing meaningful health changes, which encouraged me to play more than the original game’s pitiful drip-feed. What’s more, Killing Floor 2 has a lot more classes, to the point that it takes over 400 hours to fully upgrade all ten of them. 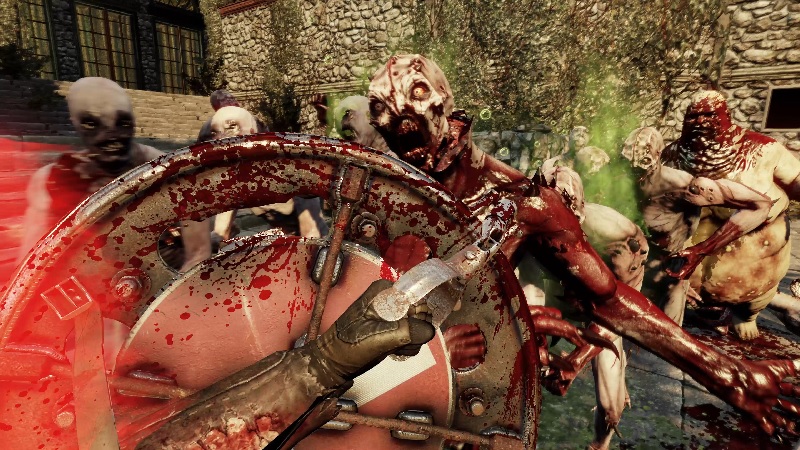 Killing Floor 2 is the world’s most advanced gut-busting simulator.

But mostly, the gameplay is just so fun and fast-paced that I honestly don’t care how repetitive it is. There’s around 40 weapons to use in the Deluxe Edition. While the starting gear is pretty basic – the pistol, the shotgun, the shovel, etc. – it gets silly fast, with flare gun revolvers, explosive wrenches, microwave guns, and sawblade-launching chainsaws. The developers have put a genuinely insane level of thought into how each weapon should look, move, and feel, and monsters have twenty-two different areas where they can be dissected thanks to the game’s M.E.A.T. (Massive Evisceration and Trauma) system, all of which makes combat both ludicrously satisfying and satisfyingly ludicrous.

And the monsters themselves are a lot of fun to fight. Each fulfills a different niche, rather than being hordes of zombies with nigh-identical behavior and different health pools. The larger monsters and bosses have tricky behaviors you have to learn to work around.

I love figuring out how to use new weapons. I love discovering new maps and their unique interactive death traps. I love that the game looks absolutely gorgeous (in a creepy, gory kind of way) and still runs quickly and smoothly. And I love that moment when you drive a nail through the eye of some giant creature, activating slow-mo Zed time in the process, and slowly turn, guns blazing, to blast a horde of creepy-crawlies to bits while your character hums “All By Myself.” When Killing Floor 2 is great – and it so often is – it’s a damn near religious experience.

Oh! And I really like the way difficulty scales now. Playing with fewer than full team of six or even playing alone is actually viable, which makes it fun to pop in and out of quick sessions even when your friends aren’t online or you don’t feel like dealing with a bunch of Internet randos. What’s more, the easier difficulties are actually easy. The hardest difficulty, Hell On Earth, is a truly nightmarish challenge that will make sure the game’s still fun even for the most jaded of hardcore players. And if you still feel like you’re not getting enough of a challenge, you can turn on The Director The Game Controller, a dynamic difficulty setting that makes games easier or harder depending on how well you’re playing.

I really feel like I could play Killing Floor 2 for the rest of my life. And yet…

Do your eyes see? This ground is guilty. 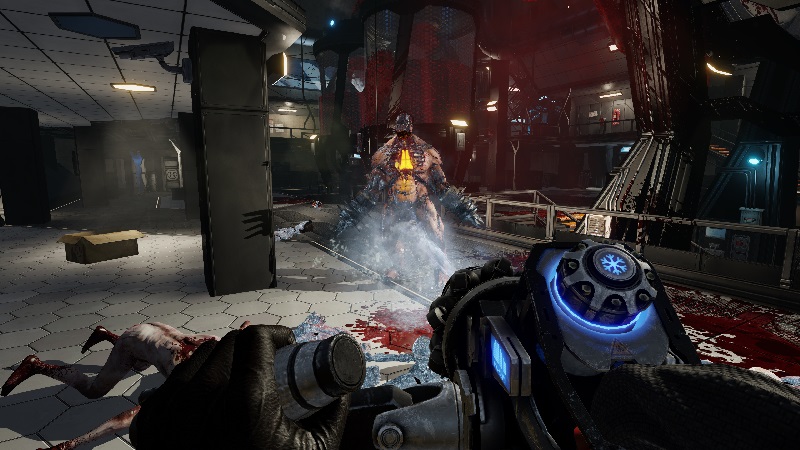 This is the freeze gun. Unless you’re big into tan hats, it’s the only upgrade in the Xbox One version of KF2. And that kinda sucks.

Look. I have enough self-awareness to understand that this game is basically tailor-made for me. All I need is satisfying ultraviolence and a kickass metal soundtrack, and I’m good to go. There’s really no excuse for a multiplayer game – especially one that’s been in various stages of release for three years – to have this few maps, monsters, and modes.

The number of bosses especially is incredibly disappointing – after a level of exciting, brain-challenging encounters with a variety of monsters who could come from anywhere at anytime, you fight one of two guys who have the exact same pre-programmed behavior every time you face them. It makes what should be the most thrilling and epic part of the whole experience feel like a formality. That’s a real downer way to end every level. This is made worse by the fact that the Xbox One version doesn’t have any kind of mod support, making it objectively inferior to the PC version.

What’s more, I have to take issue with the way Tripwire Interactive has handled a lot of the development process. It’s bad enough to have microtransactions in a full-price game; it’s worse to include those microtransactions in Early Access. And as I said, the amount of content they put out is pretty pitiful, especially when they spend most of their time working on stuff nobody wants, like the aforementioned PvP mode, or a (groan) VR version. Like a lot of modern games companies, they rely on the community and modders to make the game more fun than it actually is. As I said, that’s something that doesn’t exist on the Xbox One.

Oh, and about this newest version of the game: not only is it a year late, it’s more expensive than the PC and PS4 versions. Tripwire is charging full price for a port of a game that people have been playing since 2014.

I’d like to tell you that you can trust Tripwire to continue to provide a great gaming experience. But that would be a lie. And I truly feel that it’s something that should affect whether or not you choose to purchase Killing Floor 2.

Having said all that, look: this game rules. It just rules. It’s unapologetic goofy, gory fun, smartly-designed yet endearingly stupid. It’s the most fun I’ve had with any game all year, bar none. It may be the gaming equivalent of a popcorn movie, but hey – if I’m putting on a movie night with friends, I’m gonna reach for Pacific Rim over Birdman nine times out of ten.

If you’re not a fan of shooters, or demand more from your games than some brightly-colored carnage, don’t waste your time for Killing Floor 2. But if you, like me, have been waiting for the next big thing in horde modes, or you found it difficult to enjoy the first game, then this will truly be nothing short of a revelation.

All right, enough talking. These Zeds ain’t gonna off themselves!

Full disclosure: This review is based on a review copy of Killing Floor 2 given to HeyPoorPlayer by the publisher. 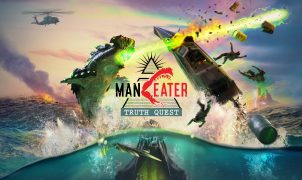 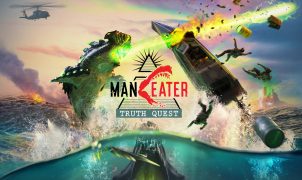 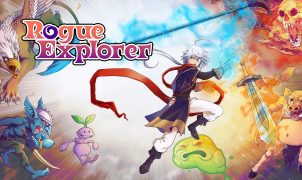