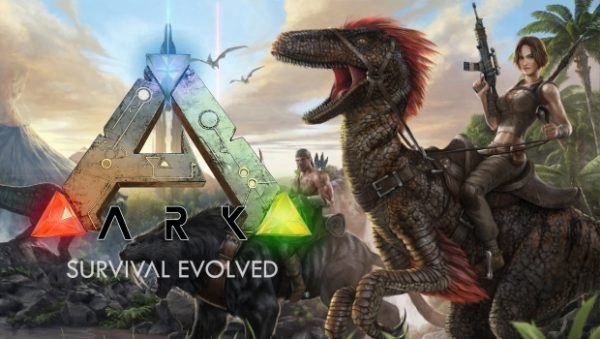 If your childhood self was anything like my childhood self, you spent a lot of time thinking about dinosaurs. You had dinosaur toys, dinosaur pajamas, dinosaur books, dinosaur everything! You could probably recite most, if not all of Jurassic Park by heart and had hundreds of dinosaur names memorized to impress your peers and even adults.

Well, as an adult I’m personally lucky if I can correctly pronounce those names anymore, and spelling them right is almost certainly out of the question. Yet no matter our age, dinosaurs can still strike wonder into our hearts, and that’s why so many games featuring them are popular even to this day with audiences of all ages.

It’s because of this that Ark: Survival Evolved is kind of special. Survival games are a dime a dozen, yet those that manage to stand out for so long are rare.

Ark manages to do this, at least in terms of presentation. Unfortunately once you scratch the surface one becomes painfully aware of the holes in Ark’s structure. It’s not bad, per say. But in the end the game suffers from all the same pitfalls that many games of the survival genre fall prey to. There are glitches galore, poor combat choices, obscene difficulty arcs and frustratingly shallow mechanics that could have been polished better before the final release.

If you’re ready to embark, let’s take this journey together. Cue up the John Williams music and baton down the hatches kids, and remember: the T-Rex can’t see you if you don’t move (I haven’t actually tested this theory so don’t quote me on this). 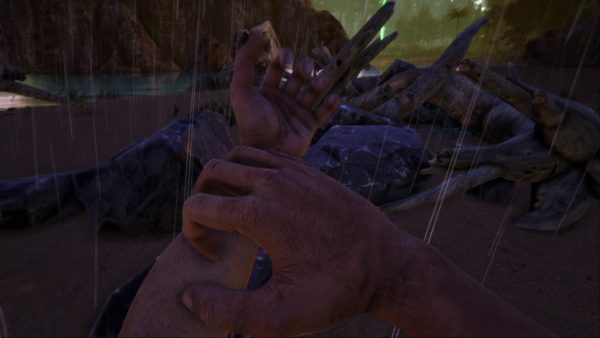 Turns out giant stones inserted into your wrist are quite itchy.

You arrive in the world of Ark mostly naked and alone. From here on, things get worse. How worse they get depends entirely on where you start your game. Right now your main choices are The Island and Scorched Earth. The former option is a more mild experience with a wider range of easily accessible resources. The former is a living plane of hell made reality. With dinosaurs.

There’s really not much by way of story, you just need to survive. This may be a whole new world with you the only survivor, or this may be the latest penal colony system. Given that you’re intended to play the game with others, I’d wager the latter is plausible.

I tried playing with other humans in PvE servers. The first person that approached me waved, laughed, took a shit, and then walked off to what I can only presume was their doom. After doing something similar myself a few moments later (minus the shitting) I respawned in a random location. I had no other choice because I hadn’t made a bedroll yet, which operates as your save point in this game.

This landed me inside the house of a tribe I was not a part of, with said tribal members all being very much dead. This meant that I had no way to gain access outside of the house. Yes, that’s right. I was trapped in a house of dead people. Somehow Jurassic Park took a Rob Zombie angle real quick. My only reprieve was to wait until I starved to death, restart in a new server, or hope the angry dinosaur that was clipping through the wall would actually manage to kill me.

I made my own server and soloed the remainder of my experience. 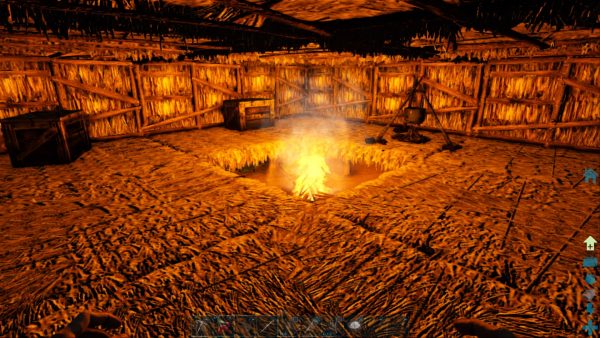 Not being sure what I was getting myself into, I started on The Island. I was happily greeted by flying pterosaurs, gently lumbering triceratops, and a beautiful oceanic view complete with fluffy dodo birds.

It took less than three minutes to run into a velociraptor and get thoroughly “rekt” as the kids say. So I respawned and went in a different direction. More fluffy dodos and some hadrosauruses appeared in this new area. It seemed like a good enough place to set up camp, so that’s what I did. I started building my hatch hut with a trusty pick and axe and got to work ensuring that I’d have myself a hearty dinner.

Using both of these tools was an interesting experience. I say that because unlike other games that I’ve played, using different tools in Ark warranted different “ingredients”. The pick on a tree gave me more thatch, while the axe provided more wood. The same instance happened on various stones as well. This meant that I didn’t have to go as far for necessary building materials. Fiber was obtained through ground plants, and hide and meats were provided from the local fish, small rodents, and birds that habited the area. This meant I was well on my way to being self-sufficient.

As I finally became brave enough to explore the island, I discovered strange stone ruins that contained chests. Within these chests were logs from various explorers. These logs, when they’re in English, seem to have notes on the various life forms that share the island with you. There’s a whole slew you can discover, but so far I’ve only found two in my week’s worth of playing.

Hold On To Your Butts 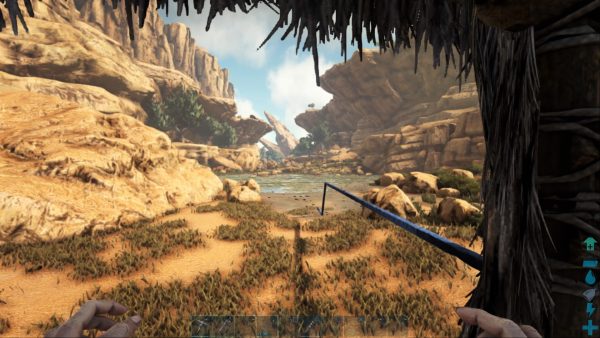 At least I have this awesome view of Pride Rock to distract from my ugly irrigation system.

Once I was destroyed by some obscenely over-leveled insects and a pod of dilophosaurses that poison spit me through the walls of my home I opted to try surviving on Scorched Earth for a while. True to Ark form, I spawned inside of a raptors nest and was made quick work of in under a minute. Respawning dropped me in the same area, and I ended up running past the same pack of raptors as they feasted on my dead corpse. They caught up with me. Going the other direction after another respawn, I found water and was able to set up camp at last.

Despite being labeled as “harder”, I actually like Scorched Earth more. While there’s more here able to kill you, I feel like there’s more variety to life than there was on the Island. The shifting environment adds a challenge that is equal parts fun and tense. Sandstorms as well as intense heat waves threaten the longevity of your character as much as any dinosaur. You’ll have to make quick use of your craft recipes to ensure you’ll survive.

Leveling up happens quickly in Ark: Survival Evolved. You are given an attribute point to assign to one of your many assets, such as health, oxygen, melee damage, speed, etc. You are also ascribed a certain amount of points that are used to purchase recipes. Recipes vary from things like walls for a house, a campfire, clothes, dinosaur saddles, and so much more. Each new level unlocks new items, but you can go back and unlock older recipes if you find you need them later. You’re also not locked into spending your points right away. You can wait if you feel you’re not sure what you might need right away, which is a nice feature. 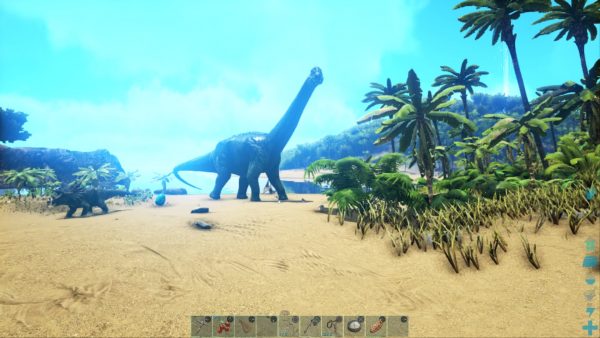 In the end, I’m really enjoying my time with Ark: Survival Evolved. It’s not without its issues though. Overpowered enemies everywhere make it hard for the player to locate a lot of the resources they need without dying and losing what they already have.

It takes a lot of resources to build certain items, such as the saddles that help you in taming your own dinosaurs for transportation. Even wooden structures demand a lot of the core resource. It’s not that this isn’t sensible, but your player’s initial weight restrictions and stamina are set pretty low. This means you’ll be making a lot of trips backs and forth, and you’ll be lucky if you never run into anything that kills you in the midst of this process. You also can’t alter your screen resolution or change certain details of the game, like how you drop everything on your person once killed.

Still, at the core of the Ark: Survival Evolved is a really good survival game. If you’re willing to stick it out for the twenty plus hours it requires to become a viable threat in this game, it’ll be even more fun. As of right now there aren’t enough people on the PlayStation servers to warrant a lot of the community elements, at least not that I was able to find. If you’re like me and prefer to play alone, you can host your own private server for yourself or friends, which would certainly add an element of fun to the game.

Its pricey to be sure, but if you’re a fan of the genre Ark is worth picking up. The hours of gameplay it offers pays for itself already. Also: dinosaurs.

Full disclosure: This review is based on a PlayStation 4 review copy of Ark: Survival Evolved given to HeyPoorPlayer by the publisher. 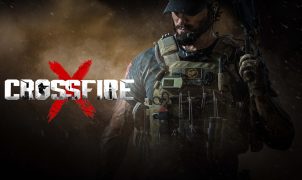