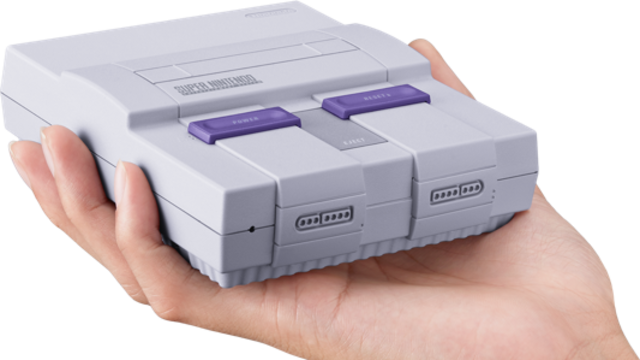 If you were lucky enough to order more than one SNES Classic Edition when they recently became available for pre-order on Walmart’s site, we’ve got some bad news for you. The retail giant has begun sending order cancellation emails to customers who purchased more than one of the hugely anticipated retro console, which features 21 of the SNES’ most beloved games built-in including Earthbound, Secret of Mana, Contra III: The Alien Wars, and more.

While word of the cancellations originally surfaced via Reddit earlier today, many denizens of the internet have reported receiving messages confirming all but one of their pre-ordered consoles have been cancelled. Below is a copy of the email original provided by Redditor Smashtheguitar. 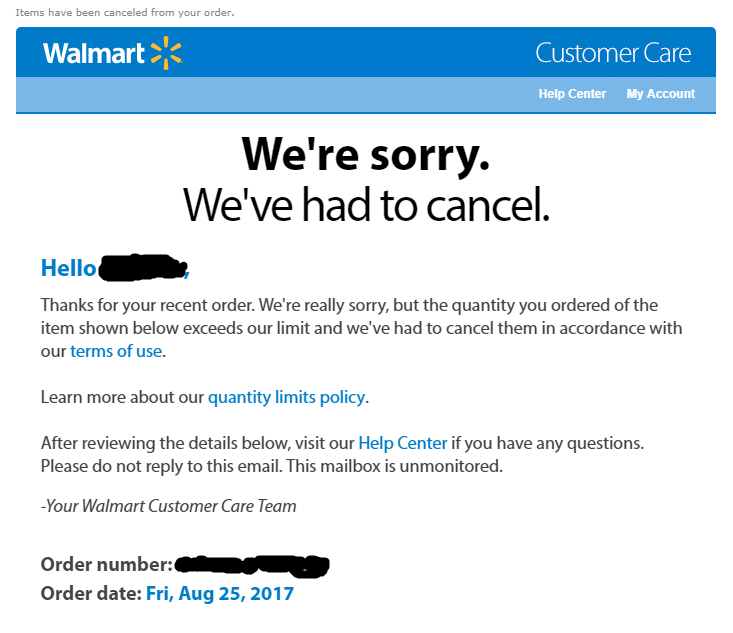 Neogaf user Anoregon was one of those unlucky customers who had their orders cancelled, announcing in a post on the popular industry forum, “Just got one of my Walmart orders canceled. Here’s hoping the other one survives.”

User Crash331 had a similar experience, and pondered if customers who purchased multiple consoles in one transaction had their entire orders wiped out.

“I placed an order for 1 and then another order for 2. The order for 2 got cancelled. I wonder if people that ordered 2 on a single order got both cancelled.”

These are just a few of the users from across the internet who’ve reported having orders cancelled. But we have a feeling we’ll be hearing about plenty more by the time the day is through.

Walmart’s decision to cancel these orders is presumably part of an effort to combat the rampant scalping that has become the bane of many consumers trying to get their hands on Nintendo’s hugely in-demand consoles. However, it’s hard not to imagine this measure has left many well-intentioned customers high and dry.

So, what do you think of Walmart’s decision to cancel these orders? Have you yourself had one of your Super NES Classic Edition orders cancelled today? If so, be sure to sound off in the comments and let us know.