Adol Christin’s latest adventure is one of his best yet 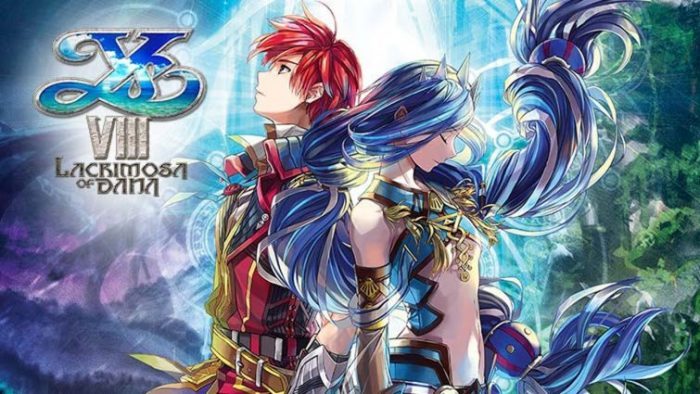 When it comes to action RPGs, very few have been around quite as long as Nihon Falcom’s Ys franchise. First released on Japanese PCs back in 1987 — just one year after Nintendo brought the genre into the spotlight with The Legend of Zelda — the series has since flourished on countless platforms. And while it hasn’t quite achieved the mainstream success of Nintendo’s flagship adventure saga, the many journeys of the fiery-haired swordsman Adol Christin have entertained millions of players over the past three decades, immersing them in a vibrant fantasy world filled with magic, danger, and endless excitement. Ys VIII: Lacrimosa of Dana is no different in this regard. It largely stays true to what has made the series so memorable. However, Falcom has managed to evolve the classic formula in meaningful ways to create a familiar, yet more refined experience to deliver their most polished adventure yet.

Ys VIII: Lacrimosa of Dana’s story takes place between the events of Ys VI: The Ark of Napishtim and Ys Seven. And once again, it puts players in the boots of the habitually-shipwrecked hero Adol Christin. While traveling aboard the passenger ship Lombardia on a voyage to reach the Kingdom of Altago, Adol, along with his longtime traveling companion Dogi, are left stranded on the mysterious Seiren Island after a giant tentacled monster strikes, sending the hapless ship beneath the Gaete Sea. Now, Adol is forced to explore the island and rescue his stranded shipmates. Of course, things are never as simple as they seem. Before long, Adol’s quest to find his friends and escape the island becomes much more ambitious. Guided by visions of a mysterious, blue-haired maiden, Adol sets off on a journey into a strange and ancient world to uncover its secrets. 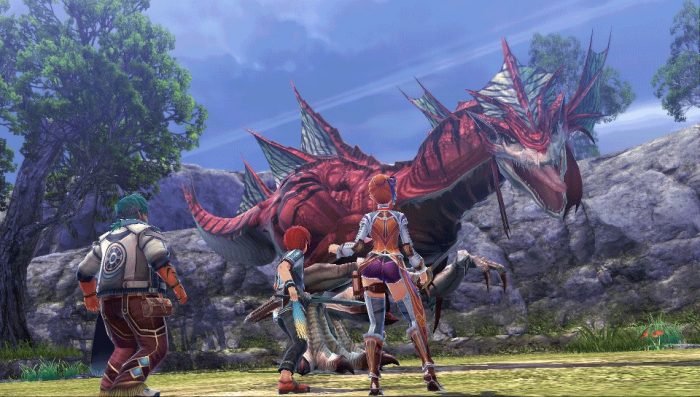 No, it’s not the most original narrative in recent memory. The plot is full of familiar tropes such as mystical maidens and lost civilizations full of advanced technology. Still, Ys has never been a Shakespearean saga. It’s an action-packed epic where cracking monsters skulls, exploring perilous dungeons, and overthrowing great evil is the order of the day. And in this regard, Ys VIII: Lacrimosa of Dana delivers the goods in spades. Whether you’re uncovering strange landmarks on the sprawling map or defending your village from onslaughts of marine monsters, the game provides more than enough exhilarating adventure to keep you glued to your controller. 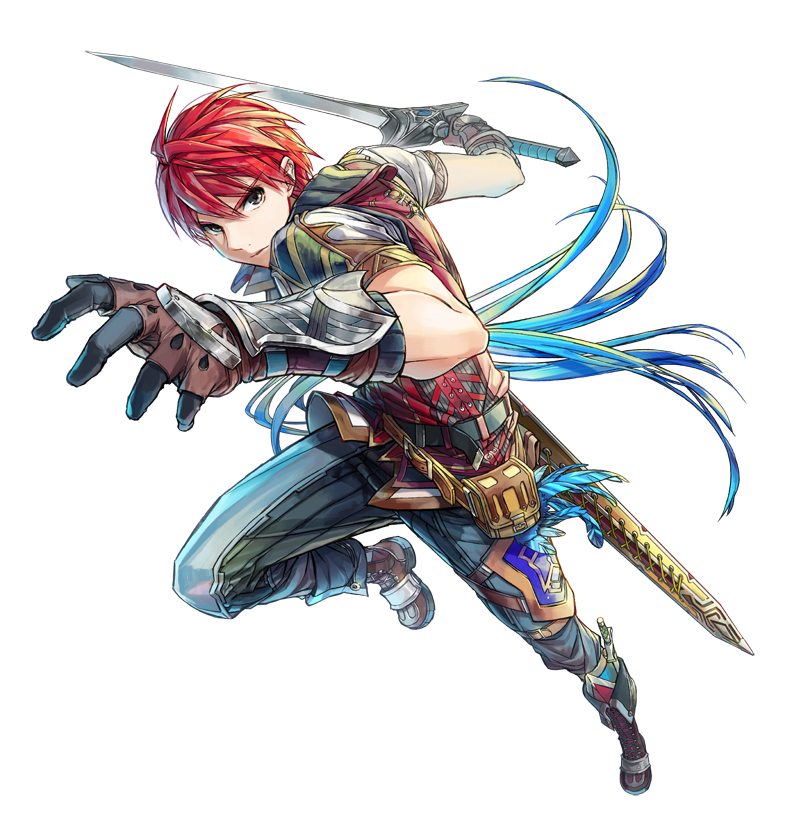 One of Ys VIII’s most interesting new mechanics is the Castaway Village. Early in the game, Barbaros, the Captain of the Lombardia, establishes a small village on the island. At first this humble hamlet doesn’t offer much. But as you various castaways scattered throughout the land they begin to set up shop. Before long, the Castaway Village becomes a veritable fortress, offering a blacksmith, shops, medical lab, farm, and more. There’s a real sense of accomplishment that comes with watching your budding town grow.  And each new addition to your castaway community adds real benefits that will help you progress through the story. For example, you can trade loot at the trading station to gather rare goods. These rare materials can then be taken to the blacksmith and synthesized to augment your weapons and armor.

Holding Down The Fort 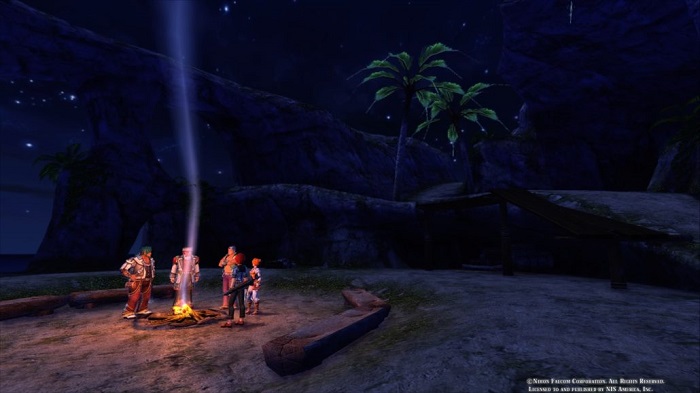 Occasionally, your village will come under attack and you’ll need to beat back waves of monsters in the Tower Defense-style Interception Mode. During Interceptions, players must reinforce their village with various traps and obstructions and beat back successive waves of invading monsters. These fast-paced distractions are often intense and capped with a boss encounter. Successfully completing an interception will also reward you with a huge bounty of rare items that you can use to craft better gear or bolster your village’s defenses. 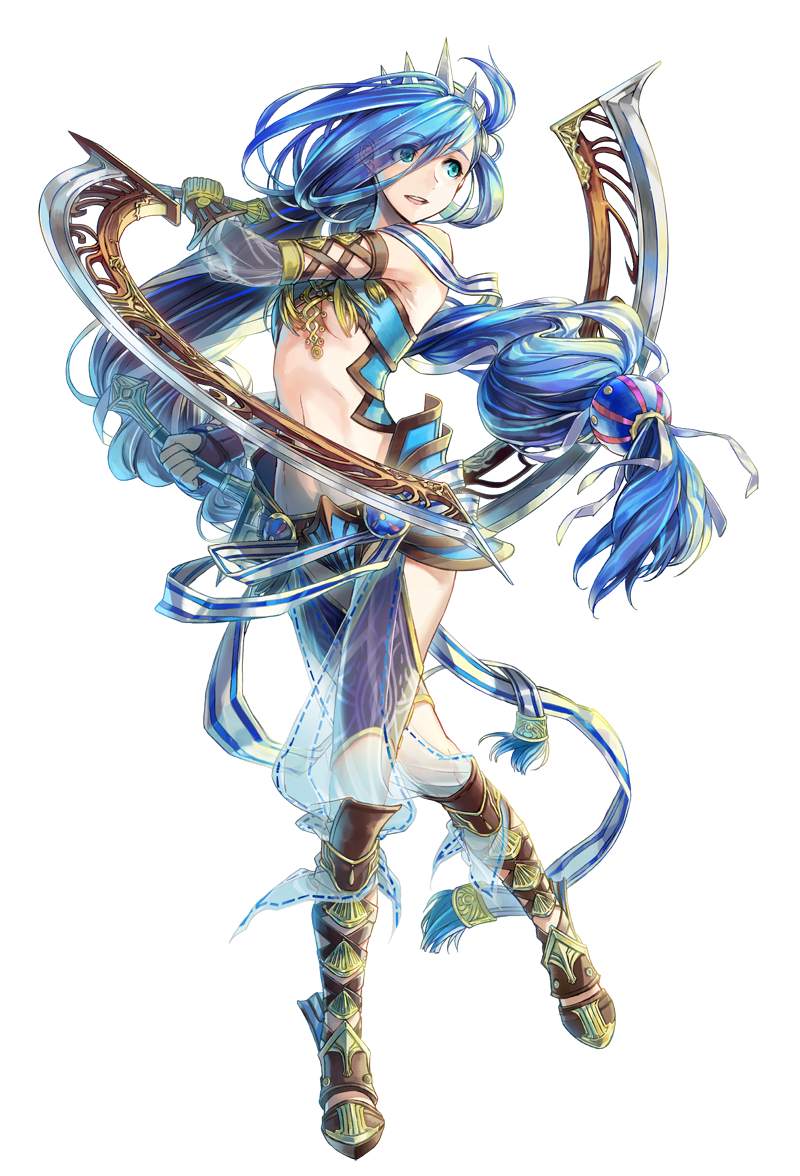 While Interceptions put you on the offensive against hordes of Seiren Island’s nasty inhabitants, sometimes the best defense is a good offense. That’s where Suppression Battles come into play.  During Suppression Battles, you’ll storm different areas on the map where monsters are breeding. The objective here is to destroy enemy spawning points to draw out the boss creature. Hives and the enemies that spawn from them can be tough to kill. Thankfully, you can deploy torches at specific points, weakening spawn points and enemies that are in range of their light. However, enemies are quick to rush and destroy torches, so you’ll have to be careful to defend your torches while putting up a steady enough offense to keep from being overwhelmed by the enemies that are constantly spawning. 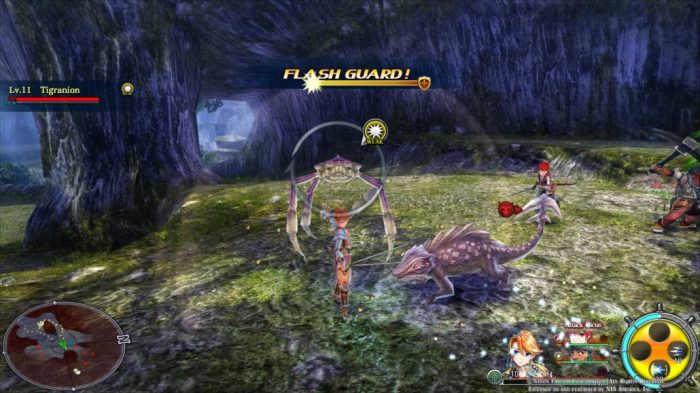 Adol Christin may be the star of the show, but he won’t be going it alone in this journey. Ys VIII: Lacrimosa of Dana typically puts you in control of a party of three heroes. You can swap between party members with the push of a button. Each character’s attack has a certain attribute – pierce, slash, or strike – which is best suited for certain enemy types. For example, you can smash armored enemies with strike attacks, while piercing attacks are perfect for taking airborne enemies out of the sky. Sometimes you’ll face enemies who you’ll need to topple with combinations of attack types as you use strike to smash their armor, and slash attacks to hack away at their vulnerable hides.

Another new addition found in Ys VIII’s combat system are Flash Moves and Flash Guards. Taking a note from Bayonetta, timing a dodge roll or block just before an attack hits will trigger each of these respectively. Once a Flash Guard or Flash Move is triggered time slows down, allowing you to deal a ton of damage to your enemies. Mastering Flash Moves and Flash Guards in integral if you hope to topple the game’s bigger bosses – especially if playing on the game’s new and insanely challenging Inferno Mode.

Even without taking these new features into consideration, Ys VIII’s combat feels fantastic. Melees move at a fever pitch. Attacks are delightfully flashy and responsive. And the new lock-on function allows you to keep track of your opponents even when the action is at its most intense. It really is a drastic evolution for the series, and a big part of what makes the game irresistible. 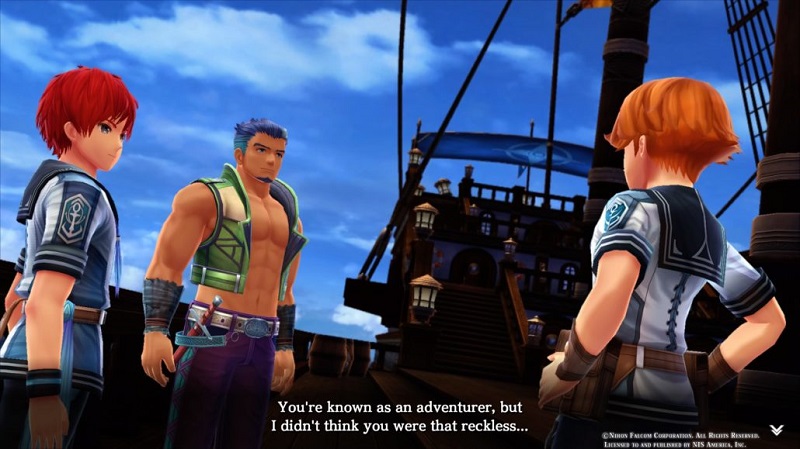 When it was announced that Ys VIII: Lacrimosa of Dana would be localized by NIS America, many fans of the series greeted the news with trepidation. After all, XSEED Games had localized many Ys releases in recent years, and they were worried a new publisher could impact the caliber of the game’s English translation. Thankfully, the folks at NISA have proven up to the task, even if the writing doesn’t quite reach the quality of XSEED’s earlier efforts, it’s still thoroughly entertaining and gets the job done, and the more poignant story moments hit their mark. The English voice cast also deliver their lines well enough, despite a few wooden performances. Still, purists may prefer to take advantage of the dual audio track and choose the original Japanese dub with English subtitles.

While the voice acting is hit or miss, Ys VIII’s soundtrack is sublime. Seriously, if there’s one game that you need to buy the soundtrack for this year, this is it. Lacrimosa of Dana’s score is filled to the brim with gripping, adrenaline-pumping tracks that will rock your face off. As a big fan of the series’ musical arrangements since the PC Engine days, I sincerely feel Falcom Sound Team have outdone themselves this time. The game delivers an unrelenting audio assault that grabs you by the throat and doesn’t let go.

In terms of presentation, Ys VIII looks great on the PlayStation 4 despite being designed with the Vita in mind. Each area is incredibly vibrant and pops off the screen thanks to some fantastic artistic direction. And if you’re a fan of over-the-top, 90’s-style monster designs, you’ll really love the burgeoning bestiary of baddies you’ll encounter that hearken back to the earliest games in the series.

Quality RPGs are in no short supply these days — especially on the PlayStation 4 — but it’s not every day one as deeply satisfying as Ys VIII: Lacrimosa of Dana comes along. Sure, the story is a bit heavy on the tropes, and the voice acting can be a bit inconsistent. But these issues are easy to ignore in the grand scheme of things. The combat is sublime, the soundtrack is unforgettable, and there’s an unreal amount of content crammed into this package. Seriously. With two main protagonists, tons of side quests, and the unforgiving Nightmare and Inferno difficulty modes to test your skills, it’s easy to extend Ys VIII’s mileage well beyond it’s average 60-hour play time. That said, you better clear your calendar come September.

When all is said and done, Ys VIII is an utterly engrossing and nostalgic adventure that no fan of the action-RPG genre should miss. If you’re a longtime Ys aficionado, then adding this modern masterpiece to your library is a no-brainer. And if you’re a series newcomer who wants to see what the fuss is all about, there’s no better time to dive in than the present.  One thing’s for certain: Ys is back, baby. And it’s better than ever.

And for the love of God, if you plan on picking Ys VIII up then be sure to get your hands on that soundtrack CD while you’re at it. Trust me, you won’t regret it. Not one bit.

Full disclosure: This review is based on a copy of  Ys VIII: Lacrimosa of Dana given to Hey Poor Player by the Publisher. 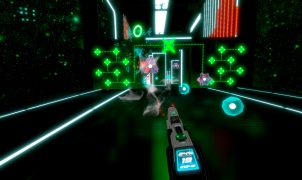