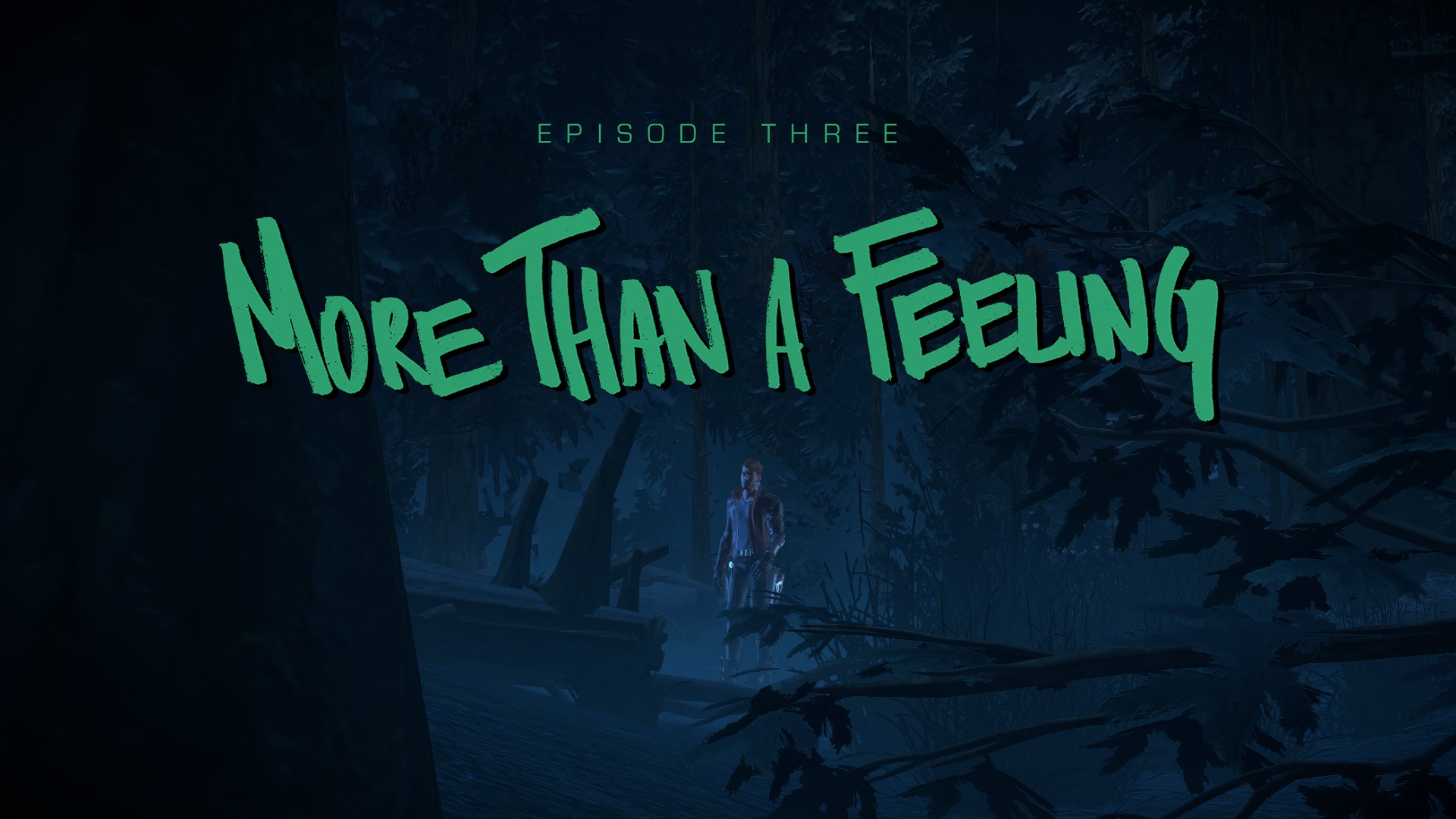 Guardians of the Galaxy: The Telltale Series has been an odd thing to cover over the now three episodes released so far. I talked in both previous reviews about my reservations when it came to the seeming focus on pitting the Guardians against each other. I thought it would be boring. We already know the characters from the movies. Having to choose between which ones to make angry at you seemed like too easy a route to take. Three episodes in, I still think it’s a little bit lazy. That said, a lazy setup can still lead to some engaging execution, and that’s what we’re seeing here. More than a Feeling is still focusing on disagreements between the Guardians of the Galaxy, but merges those disagreements with the overall plot better than the two episodes previous managed to pull off. 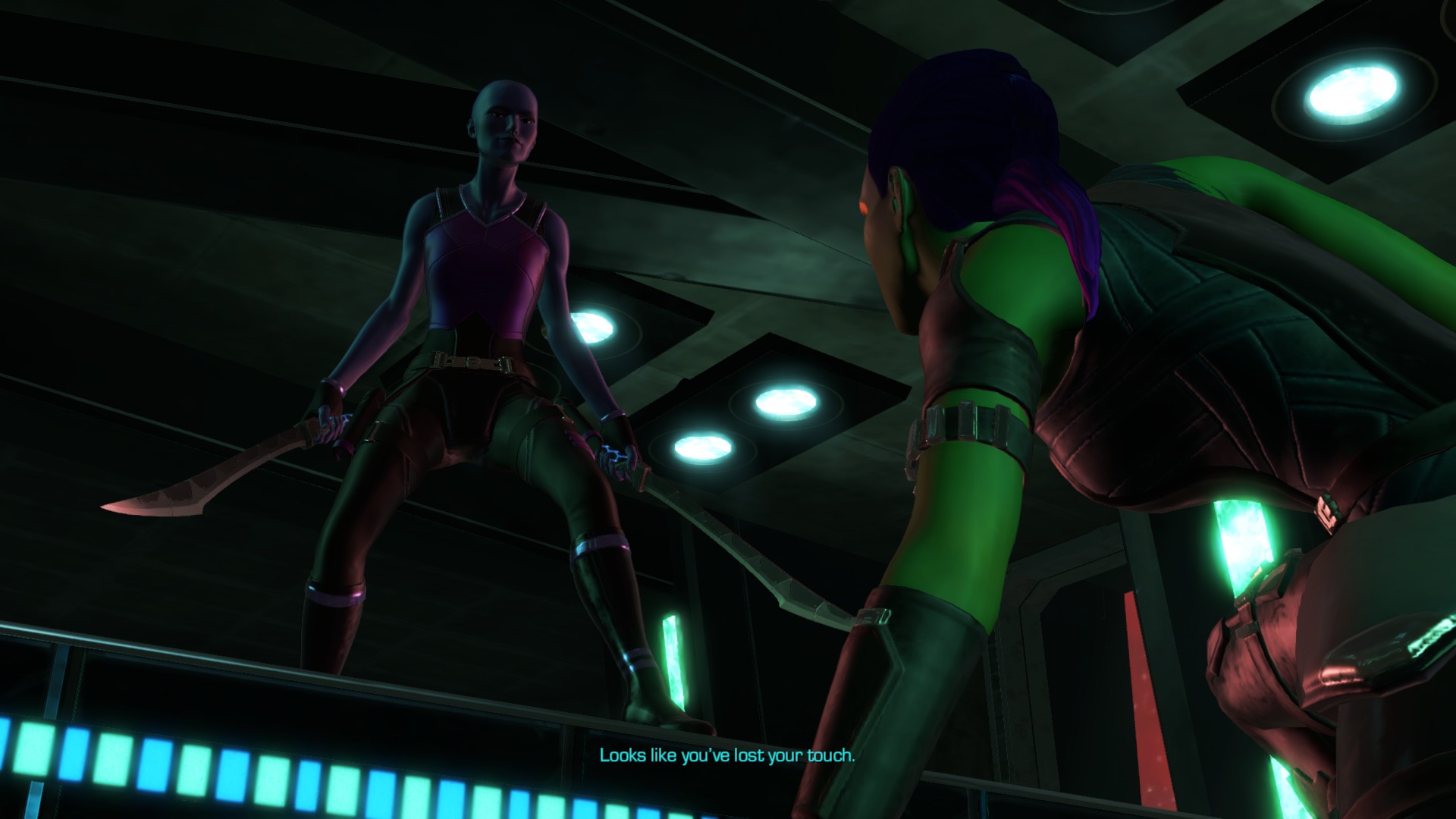 Episode 2 left off with Peter and Gamora entering a temple that promised to give them answers about the mysterious Eternity Forge. It’s there that we pick right back up, too. We get another Peter Quill memory, reminding us once again of how much of a steadfast pillar his mom was in his life. More importantly, though, the plot takes us from there directly into some much-needed backstory for Gamora and her relationship with sister and fellow assassin Nebula. We know them as at-odds by nature. Gamora betraying Thanos essentially has to be a canon part of her character no matter what canon we’re in. Even so, the actual events that caused such a deep rift between the sisters is a fantastic scene, and drives their conflict home really well.

The actual developments inside that temple, once the memories are done, end with the introduction of a character with a familiar face, but an extremely different origin. It’s nice to see some actual forward motion in the plot, but there’s not so much action on screen to follow it up. Besides watching an epic fight twice over in someone’s memories, the only real cause of conflict in the episode is at the end (and it’s great, but we’ll get to that). But More than a Feeling spends far more of its time with the characters sitting around and talking about their feelings than it does moving the plot forward. The tricky conceit here is that those emotional conversations are really good. There are some interactions that show us what everyday life is like for this ragtag group, and it’s super charming. But the fact remains that we’re three episodes deep into this thing, and the pacing just feels really distracted by the need to delve into character backstories in such depth. It’s like a flashback episode in a sitcom. 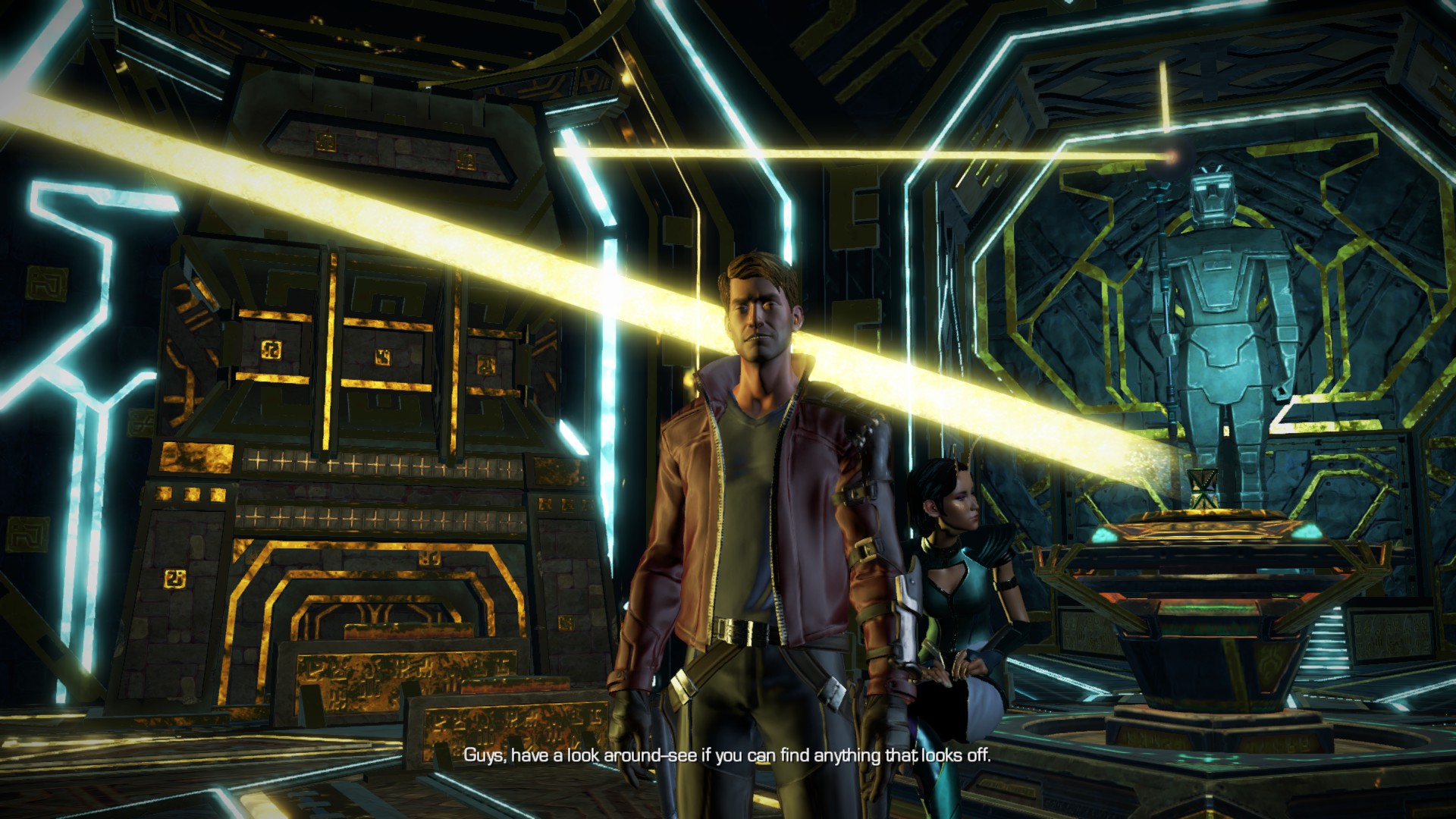 If there’s anything that Guardians of the Galaxy: The Telltale Series is doing really well, it’s visual direction and dialogue. As much as I complain about too much talking, it’s all…well shit, it’s all really good talking. Rocket and Drax are as on point as ever. Gamora, whose backstory is the main focus of the episode, gets some great talk time as well. New characters bring in new dynamics, and everything fits into place nicely on a script level.

The visual direction is better still. Despite its slowness, the climactic battle which ends More than a Feeling is just as high-caliber as the one which highlighted the first episode as a success. It’s complex, it’s bombastic, and it’s a great excuse to play as all five characters. It shows that somewhere at Telltale, there really is still a desire to deliver on the kind of high-action fun that is what people tend to love about the Guardians as characters. There’s some fun environmental puzzle stuff and exploration to boot.

We’re now past the halfway point on Guardians of the Galaxy, and the episode 3 climax was pretty great. Comparing that to the rest of the narrative is less so, though. More than a Feeling continues to cement a problem this game has had growing inside it since the inception. The actual overarching story of the thing takes forever to go anywhere, because we continually spend more time in characters heads than in space, doing the things that the Guardians of the Galaxy do. Episode 3 doesn’t fail at what it’s trying to do, but what it’s trying to do is starting to get a little dull.

Hey Poor Podcast Episode 98: There Is Only Paco