In the woods again 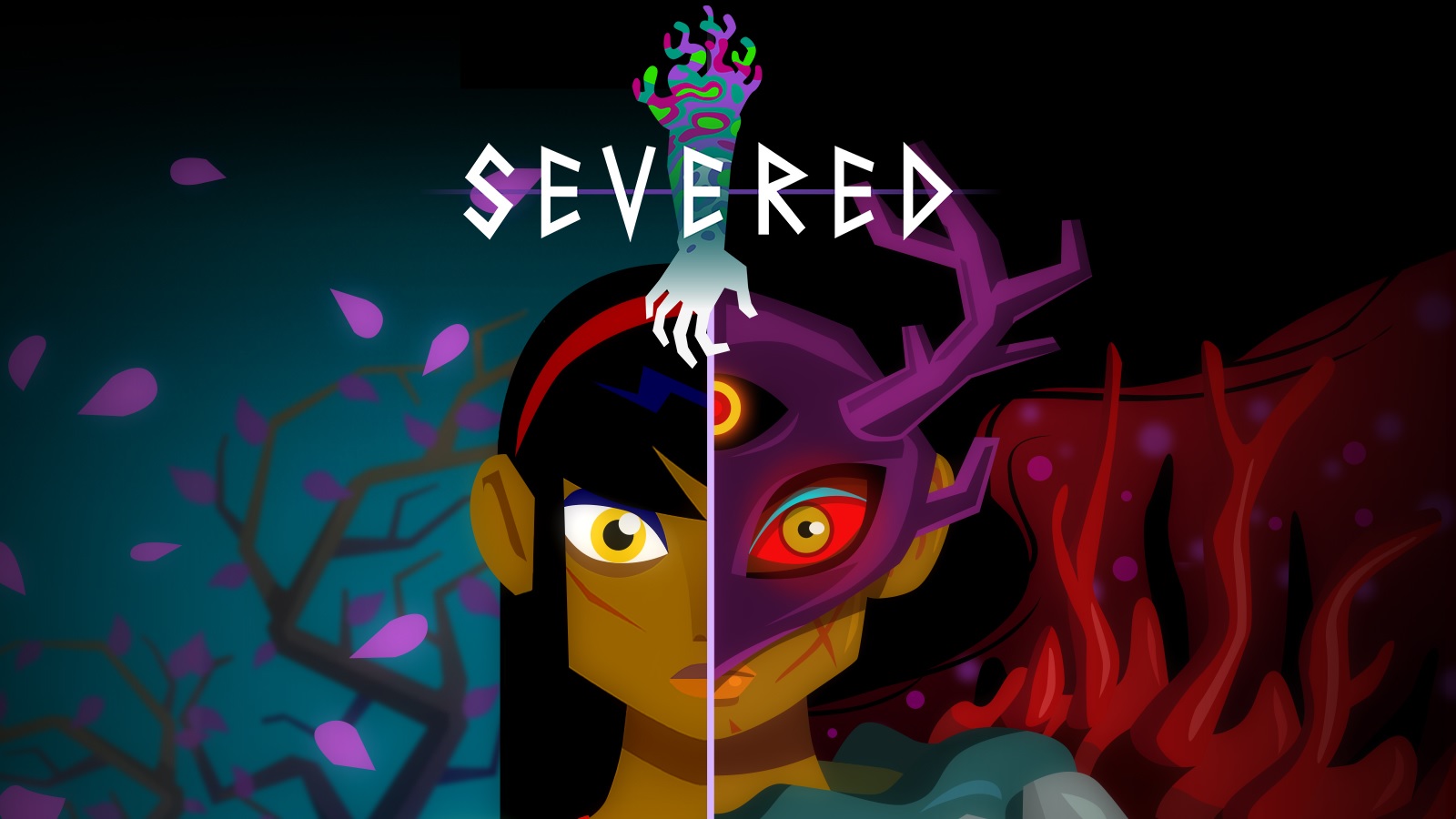 Last year, I played and reviewed Severed on the Vita. The newest title by the creators of 2013’s Guacamelee, this new title dropped the Mexican Metroidvania motif in favor of an oft-disturbing act of artful bio-horror. Players take up the garb and sword of a hero whose family has been lost, and who finds herself in a strange world of trees that look like veins and beasts that look like death. She goes forth on a quest to save her brother, her father, and her mother; assuming they’re still out there to save. Along the way, Severed is a wonderful first-person experience of precise first-person action. It was true on Vita a year ago. Now, on the Nintendo Switch, it proves itself once again.

See, Severed takes after The Legend of Zelda: Skyward Sword. It’s a comparison I used the first time I reviewed it, and it’s one I’ll repeat now. From the first person, the player slashes at enemies Fruit Ninja style. Directionality is everything. Memorizing patterns is everything-er.

A Storm of Swords…and teeth, and claws, and bloodshot eyes

The slashing and cutting in Severed is all touch screen-based. Enemies stand in place, attempting to surround the hero and overpower her. There’ll always be either an opening in a foe’s defenses, or the suggestion of one to appear. Some enemies will have weak spots that always exist, but that move around. Others can guard themselves. You can only ever have one enemy in your field of view at any given time, with others taking up little icons in your periphery. You’d best pay attention to those icons, too. They inform health and, more importantly, when your opponents from out of sight are about to strike at you. Severed‘s combat is a fast flow of monitoring multiple foes at once. 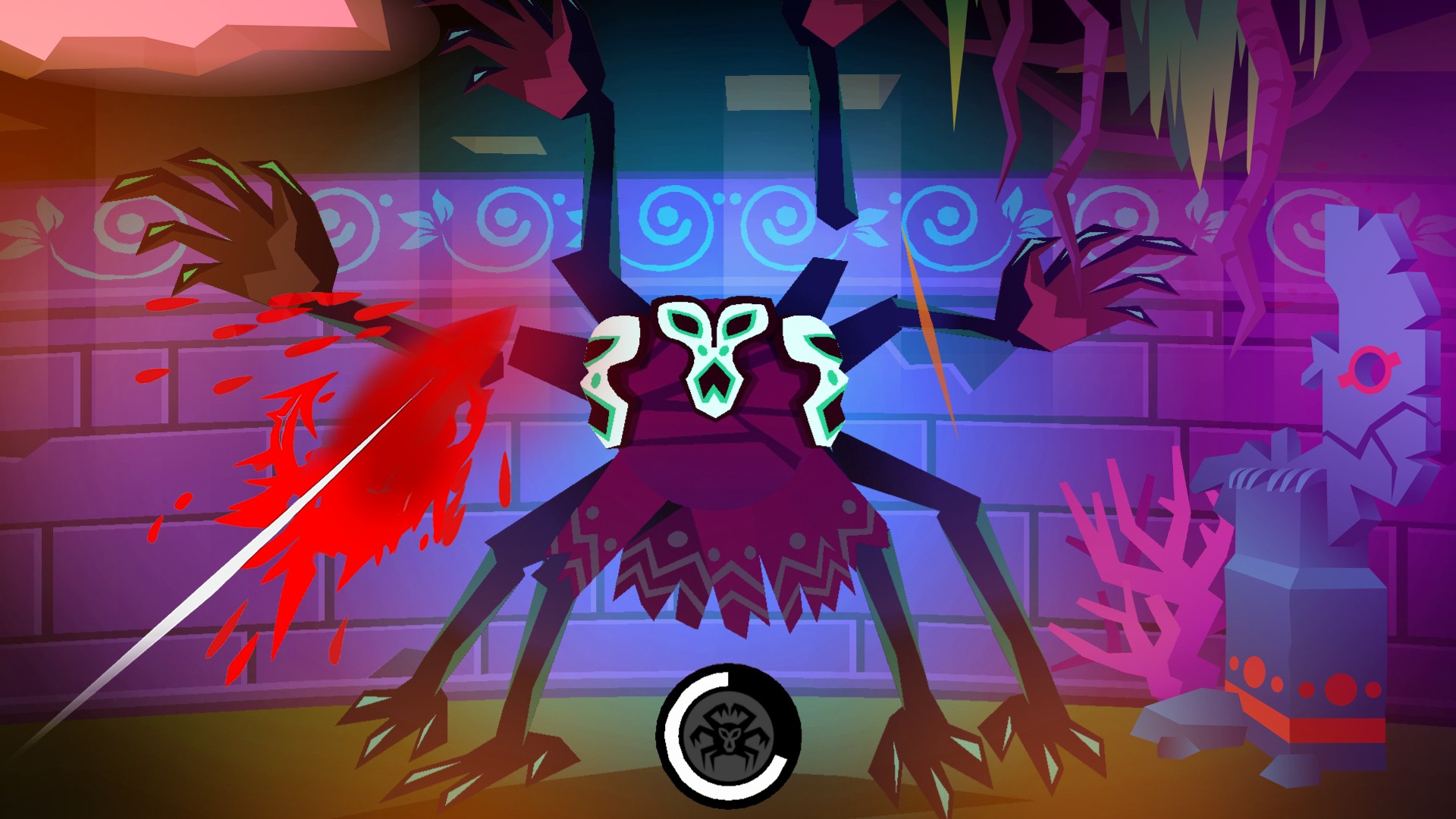 As you fight, a chargeable bar will fill for each consecutive strike against a foe that goes through unblocked. If the meter is full when the foe is slain, you have a chance to do some of the very severing the title would suggest. Cut off their limbs, eyes, and various other parts. These parts get used in the game’s skill tree. Collections of different monster parts can be used to give our hero higher evasion rates, new skills, more HP and bonus effects. The quicker you are, the more monster chunks you’ll be able to scoop up. The more of those you can get, the better off you’ll be.

Just like on Vita before it, Severed‘s combat on Switch is smooth like well-polished steel. When I start cutting, I know exactly how many hits I can get in, depending on whether I’m fighting a four-armed squat monster or a boulder-faced moon man with jagged teeth. Players will gain abilities as they go, like a time-freeze to get in some extra slices. Enemies will gain status effects as things get crazier, too. Severed does a good job of starting out simple, and knowing where to add complications that make sense and fit in along the way.

Like in Guacamelee before it, one of Severed‘s biggest strengths is in art and presentation. The aforementioned art style inspires in all its grossness. There are bushes shaped like pustules about to burst, and jagged blood vessel vines sticking up from the ground. The sky is red and full of crows. Your sword has a mouth that has latched onto your hand. There’s an old woman wearing…something else’s head. She will give you advice. 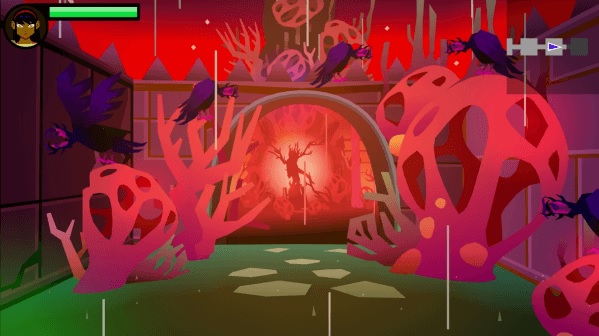 To be real blunt, I really love this entire style. I love it because it’s gross and wildly unsettling at first, but it’s a kind of unsettling that you get used to. And in the end, that’s the point of Severed. There’s a running theme over the course of the game of the hero looking at her reflection in the mirror, over and over upon returning home from a leg of her journey to save her family. Every time, something about her has changed. More specifically, something has made her more like the world around her than she was before. It’s the same thing we do in our heads while playing. What seems stark and bizarre at first becomes normal in our heads as we grow used to it. It’s a really beautiful duality that forms.

Severed on Switch is pretty much exactly as good as it was on Vita. Some may find the hand positioning a little more cumbersome on the more oblong Switch, but personally I think that the larger screen size makes it all worth it. Severed is a viscously fun action game, with clever dungeons and awesome combat. If you never were able to get a Vita to play it on, this is every bit as much fun.

Full disclosure: This review is based on a review copy of Severed sent to Hey Poor Player by the game’s publisher