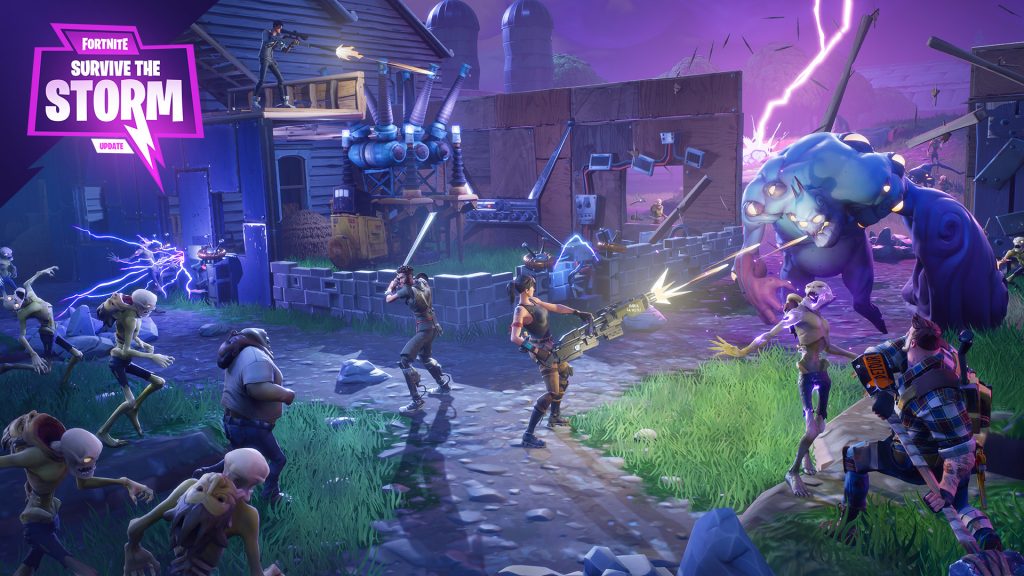 Fortnite, Epic Games’ epic new game, is getting its first major update. This takes the form of an in-game event called “Survive the Storm.” Fortnite pits players in a co-op headquarters which they have to build up. But, zombies, mutants, and monsters attack at nightfall. The key is survival, but players have to find materials during the day to build it up.

Survive the Storm adds a whole new survival-style challenge mode to the game. This includes more loot, new heroes, and a special weapon set for the event. The new mode has “special mutant storms” which require players to take on unique challenges. The rewards include a hydraulic weapon set, which has nine new “high-impact” weapons for the game. As players beat the challenges, they earn tickets to get these weapons.


The Storms themselves have modifiers for enemies, like enraged husks or giving players limited health. Consequently, the Survive the Storm Mode requires skill and cunning to win, by making players gather resources as every night ups the ante of threat level. For the update, Epic added new heroes and defenders. Additionally, they made some performance enhancements to the game, since the game is still technically Early Access.

The “Survive the Storm” event hits August 29th on PC, Xbox One, and Playstation 4, but they urge that this is only available for a limited time. No date is set on when it ends, so players might as well take advantage while they can.