SEGA has mastered the remaster with Yakuza Kiwami 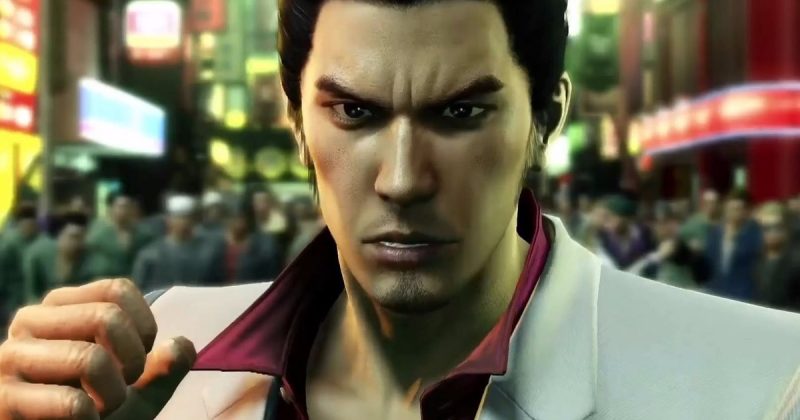 In recent years, the folks at SEGA have been on a tear when it comes to the Yakuza series west. Their latest offering, Yakuza Kiwami, is the third game in the gritty underworld saga to find its way to English-speaking audiences since Yakuza 5‘s surprise localization in December of 2015. And with Yakuza 6: The Song of Life (read our preview here) rolling out next March, things show no sign of slowing down anytime soon. While this has been great for those who’ve been following the franchise since its inception on the PlayStation 2, newcomers have been left with the unenviable task of trying to digest a decade’s worth of conspiracies and double-crosses to make sense of the series’ convoluted story.

Yakuza Kiwami aims to set the record straight for those just diving into the drama. Powered by the powerful Yakuza 0 engine, the game breathes fresh life into the now 12-year-old title. With fully remastered visuals, new mini-games, and over 30 minutes of updated cutscenes to flesh out the narrative and help bridge the events of Yakuza 0, the game delivers the definitive version of SEGA’s 2005 classic.

Yakuza 0, which found its way to the PlayStation 4 in the west in January of this year, focused on Dojima Clan tough guy Kazuma Kiryu’s humble origins in Japan’s criminal underworld in the 1980’s. Since then, a lot has happened to shape the power structure of the Yakuza, and Kiryu has established himself as a loyal and effective lieutenant in the organization. However, after the sudden death of the family’s patriarch, he finds himself convicted of murder and sentenced to a decade behind bars. When he finally leaves prison, Kiryu emerges to discover the entire underworld in turmoil after a stash of 10 billion yen vanishes from the Tojo Clan’s coffers. This sets the stage for a drama filled with high-flying fisticuffs, shadowy conspiracies, and more mini-games than you can shake a karaoke microphone at. Yes, this is the Yakuza you know and love, back and better than ever. 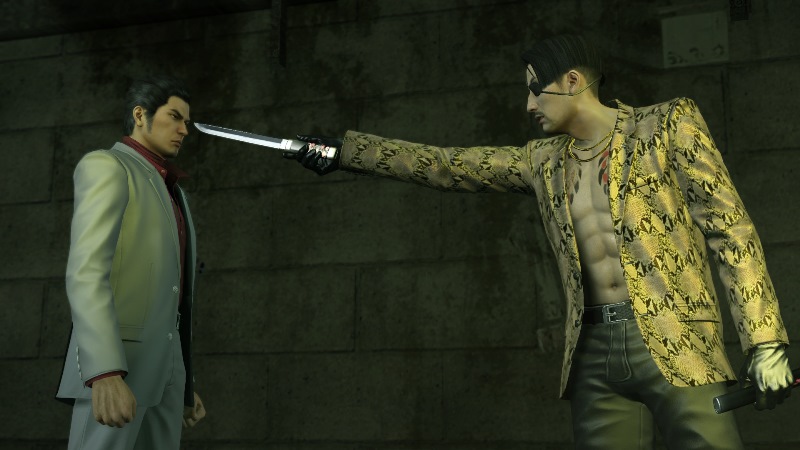 Goro Majima serves as Kiryu’s rival and an endless source of comic relief in Yakuza Kiwami.

If you played Yakuza 0 when it released earlier this year, you’ll be hard-pressed to shake that feeling of Déjà vu upon stepping out into the streets of Kamurocho. In fact, you probably wouldn’t be able to tell the two games apart with just a casual glance. As I mentioned at the outset of this review, Yakuza Kiwami makes use of the Yakuza 0 engine, and as such sports all of the excellent refinements that come with it. The world is vibrant and detailed, the combat is silky smooth, and the character models all sport an incredible level of detail. Even though all of this is great, the overwhelming amount of recycled assets from Yakuza 0, a game that released so recently in the west, can admittedly make things feel a bit too familiar at times.

Still, considering Yakuza 0 is one of the best games this reviewer has had the pleasure of playing this year, this overwhelming sense of familiarity isn’t such a bad thing. In fact, some of the features introduced in its predecessor really work to spice up Kiwami, such as the inclusion of four unique fighting styles that greatly expand your offensive options. Kiryu once again has access to the Rush, Brawler, and Beast techniques. Each of these styles have their advantages when slugging it out on the streets of Kamurocho.

For example, Brawler is the most well-rounded mix of offensive and defensive skills. Rush, on the other hand, allows you to float like a butterfly and sting like a bee. Kiryu unleashes flurries of kicks and punches that deal less damage but make you a much more maneuverable fighter. The Beast technique is great for  crowd control, dealing massive damage with hits that send foes flying. This style also makes Kiryu automatically snatch up nearby weapons, allowing you to simply focus on dishing out the punishment.

In addition to those three styles, you can unlock and expand Kiryu’s ultimate fighting style, the Dragon technique, through the new “Majima Everywhere” system. Goro Majima, the self-proclaimed Mad Dog of the Shimano Family, pops up constantly over the course of the game to challenge Kiryu, often in ridiculous costumes to get the drop on him. Defeating Majima will expand improve your Majima Everywhere rank, and ultimately upgrade your Dragon style’s moveset. It’s a cool system, for sure, and it’s hugely entertaining to see where Majima will pop up next. But those finding themselves jumping straight from Yakuza 0 to Kiwami may find Majima’s transformation from such a compelling character into little more than slapstick comic relief a bit bizarre. 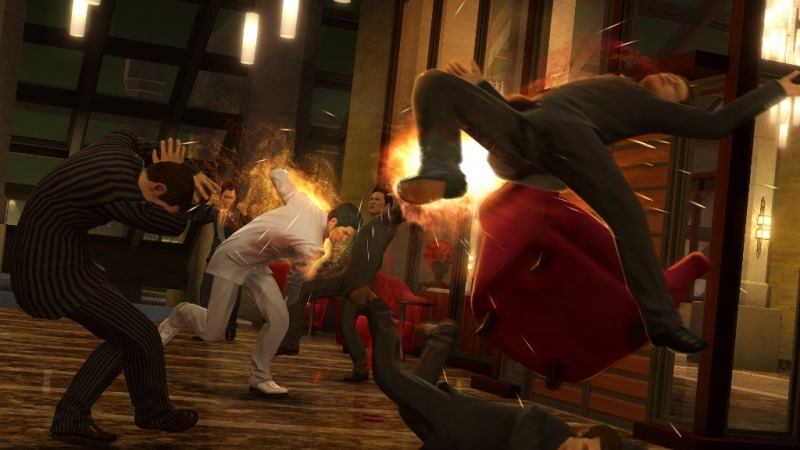 I said have a seat!

Anyone who’s played a Yakuza game knows there’s always plenty to see and do, and Kiwami is no exception to this rule. When you’re not cracking the skulls of rival gangsters  in brutal street fights, you can blow off steam in tons of side activities. You can exercise your inner Lebowski at the bowling alley, belt it out at karaoke bars, and send balls soaring into the stands at the batting cages. However, SEGA has also transplanted other activities from newer entries in the series, like the endlessly addicting Pocket Circuit car racing, along with the rock, paper, scissors-inspired deck-builder MesuKing: Battle Bug Beauties to steal away hours of your life. And though it’s a shame there’s no emulated SEGA arcade classics to savor this time around at Club SEGA, what’s here is sure to keep you entertained for hours on end.

This staggering amount of variety is what makes Yakuza Kiwami really shine. One minute you’ll be wining and dining lovely ladies at hostess clubs or playing high-stakes poker at an underground casino, and moments later find yourself thrown into an underground MMA tournament or a Virtua Cop-inspired gun battle down a busy highway. It’s insanity – and the absolute best kind at that, which will keep you glued to your controller for the entire experience. And considering how densely-packed Yakuza Kiwami is, that can be quite an undertaking. Merely running through the main story will take you a bit over 20 hours. However, if you want to see everything the city has to offer and complete all of the side stories, you can count on sinking in a solid 50 hours of play time.

Yakuza Kiwami is an excellent remaster that’s only real shortcoming is just how strikingly familiar it feels when compared to the recently released predecessor. However, this is more an issue of timing than anything else. The updated mechanics, such as the expanded fighting styles and unique and often hilarious “Majima Everywhere” system and expanded story are great additions to the package. Simply put, if you’re a fan of the series who missed out on the original game on the PlayStation 2, the game is a must-play addition to the PlayStation 4’s library. And even if you’ve already played the original Yakuza, the added story elements that SEGA has woven into Kiwami‘s narrative make it well worth experiencing all over again – and it’s especially more poignant if you recently played through Yakuza 0.

If you’ve been on the fence about diving into the Yakuza series, there’s no better time than now. When all is said and done, SEGA has mastered the remaster with Yakuza Kiwami.

Full disclosure: This review is based on a review copy of Yakuza Kiwami provided by the game’s publisher, SEGA.