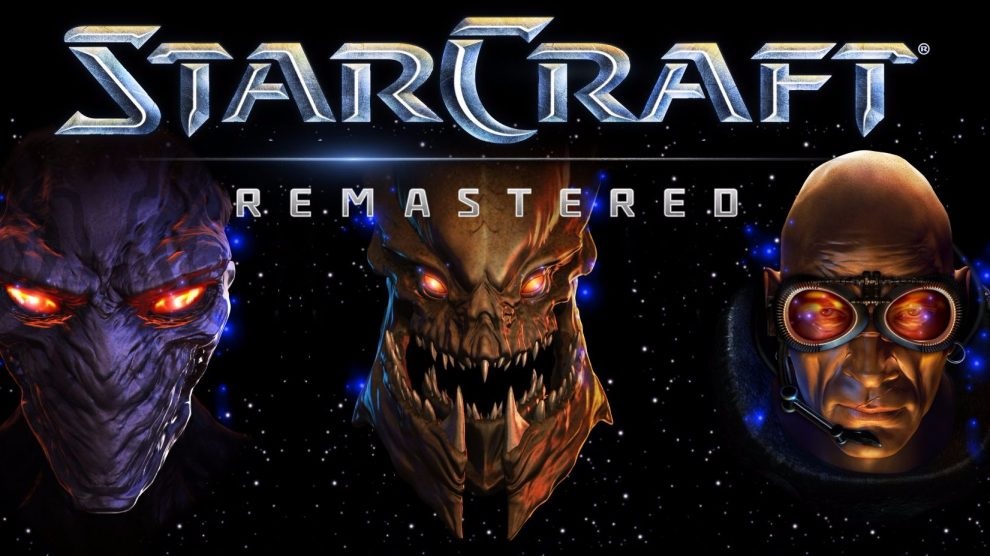 As I discussed in-depth on this week’s Hey Poor Podcast, StarCraft is in an odd place as far as remastering goes, because people never really stopped playing the game. Sure, it took some PC dark wizardry to get it working on modern machines, but the competitive scene has stayed strong for nearly 20 years, and any drastic changes to the game would disrupt that balance and drive those players away from the remaster (Hi there, Age of Empires II HD.)

The result is StarCraft: Remastered. It is, admittedly, the definitive StarCraft experience, particularly in multiplayer. But its refusal to change even the major problems with the original game makes it so much less than it could have been. 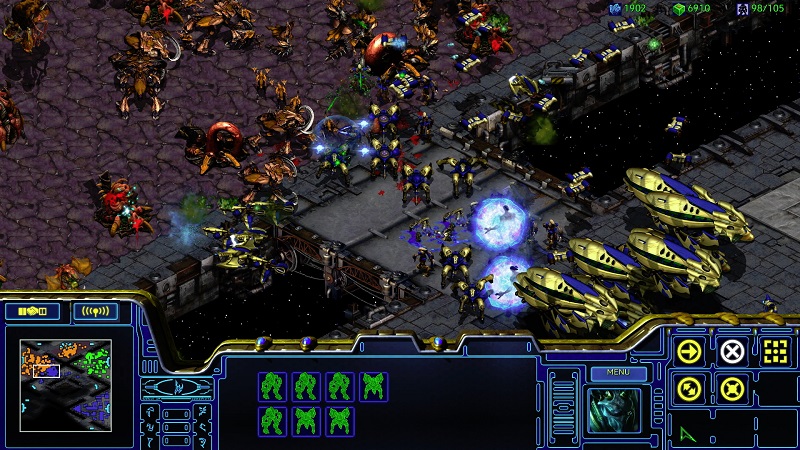 I believe the phrase “shiny and chrome” is appropriate in these situations.

It’s almost impossible to define the impact that StarCraft and its expansion, Brood War had on the gaming landscape. For better and for worse, they have defined the RTS genre for two decades, and many still see their near-perfect balance and flexible design as the gold standard by which all others are measured. It also more or less single-handedly created the idea of eSports, became the unofficial national sport of South Korea, and maintains a large playerbase to this day.

It’s this core playerbase that’s going to get the most out of StarCraft: Remastered. An incredible amount of effort has been put into making sure you can easily transition from the old version to the new: replays and custom maps work without any extra steps, and matchmaking is faster and more functional than ever, complete with fancypants new ELO rankings. If you’re an old player, it’s everything you could want from multiplayer StarCraft. If you’re a new player (or simply an old player who hasn’t kept up with the scene), prepare to get immediately curbstomped – either matchmaking isn’t as based on rankings as the developers claim, or the game simply doesn’t have enough players yet to provide even matches. Fortunately, if you can get a friend or two, StarCraft: Remastered has one thing its oft-hyped sequel never achieved: LAN support.

And while multiplayer is clearly the focus, it should be noted that the singleplayer campaign is still as excellent as ever. I still maintain that the StarCraft series has never had a good story – at best, it’s tropey and functional; at worst, it’s complex and irritating – but while the sequel was all about dark gods, existential threats to the galaxy, and primordial mega-beings, this game spends more time dealing with the poor blighters in the trenches, taking a little more time to develop its characters and making the stakes more personal. More importantly, the gameplay is still a hell of a lot of fun: a slow-paced introduction to the main game’s mechanics that makes each new addition exciting rather than feeling like a tedious, frustrating dripfeed (oh, hi again, Age of Empires II.) 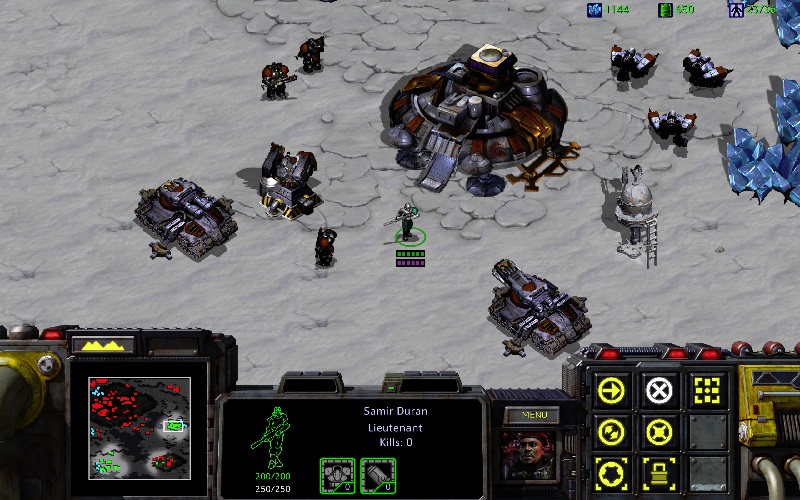 Over-detailed siege tanks, 3D-modeled turrets, marines that look like they came from a cartoon, and minerals that don’t blend in with anything else in the environment. StarCraft’s back!

And all of this is wrapped up in Remastered’s main selling point: pretty graphics. Every single sprite has been painstakingly redrawn – in many cases, by the game’s original artists. The game is also now presented in resolutions that look good on your modern widescreen monitors and even has full 4K support, which I was unable to test but which by all accounts looks stunning. It’s an impressive undertaking, but – call me old-fashioned – I’m not sure that the new graphics capture the charm of the original bricky pixels. Pixel art tricks you into thinking there’s more detail than there is because of the low resolutions, and when you try to replicate that art without adding extra details, the result is flat-looking colors and some really out-of-place-looking particle effects (like the blue sparks when an SCV starts mining minerals.) Also: the character portraits are now modeled with the amazing, massive-budget 3D of the StarCraft II engine, which looks incredibly jarring alongside these flat 2D sprites.

I wish there was a way to play with the pixel art in the higher resolution, but at time of writing, your only choices are ugly widescreen or the original art in a 800×600 box. And if you’re playing that way, you might as well grab the original game, which Blizzard is giving away for free now.

Oh, and the cutscenes haven’t been changed at all, leading to stuff like this, an actual screenshot from StarCraft:Remastered: 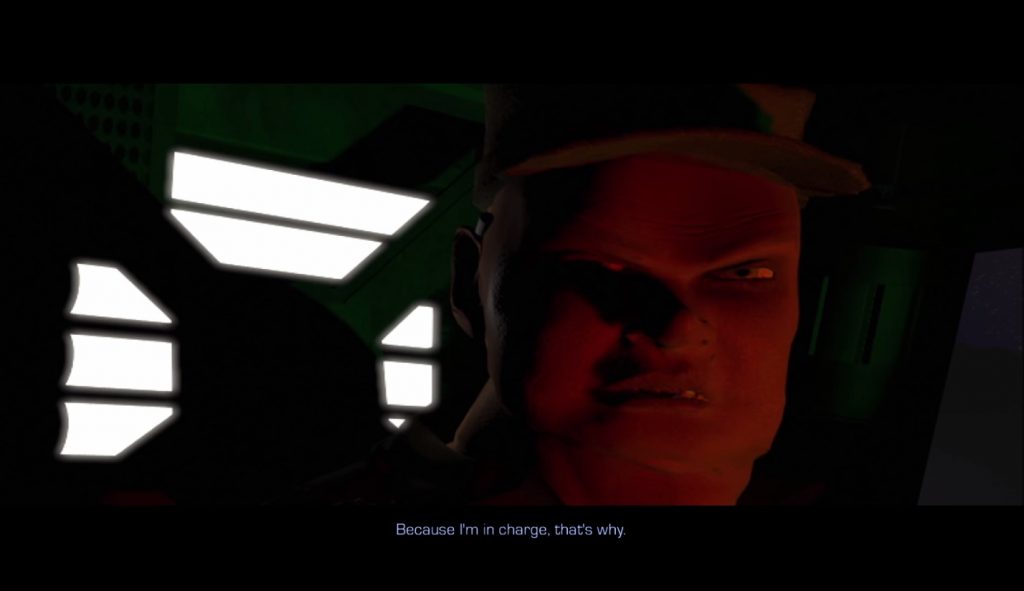 In charge of what? My nightmares? You look like that horrible Pixar baby grew up and got scabies.

So here’s the thing. The original StarCraft isn’t a strategy game, not really. Sure – strategy, in the sense of understanding the meta and how to respond to matchups, is an important part of any victory. But the game is mostly about having the physical ability to focus on a hundred different things at once in real time, as the much more eloquent Day[9] explains here. The greatest StarCraft players are great because they learned how to work around the game’s limitations – whether intentional or engine-based – and become experts of micro- and macro-management. Any change to this systems, even changes that objectively improve the experience of playing the game, sets those players back 20 years in their thinking and muscle memory. It would be like telling every football player that they now had to play with one hand tied behind their back at all times.

Unfortunately, this means that StarCraft: Remastered has to come saddled with a whole host of problems that are going to turn new players away. Things like only being able to select 12 units at a time (which was an intentional decision on the part of the designers, but also a bad one.) Things like the terrible, terrible, terrible pathfinding AI that gets confused by cliffs, small openings, or the presence of too many other units at once, and often thinks the best way to get from A to B is to walk around the entire map first. Other than the re-tooled matchmaking service, menus are hideous and unintuitive – even something as simple as trying to check your mission objectives during a campaign scenario takes more button presses than it should. And there’s no way to remap the obtuse default hotkeys, although Blizzard has promised to fix this in an upcoming patch. Basically, almost all of the things we now expect modern RTSes to do well by default, StarCraft doesn’t.

As I said, I understand why these decisions were made. What I don’t understand is why there couldn’t be an option for both. We know Blizzard can do these things, now – all of the problems I mentioned are non-existent in StarCraft II. Putting options for “classic menus on/off” or “classic pathfinding on/off” would let old players play the game they’ve trained on for years while giving new players an experience worthy of the name “Remastered.” And it’s not like this is a new idea, either – the Double Fine remasterers of Day of the Tentacle, Grim Fandango, and Full Throttle all have options to turn the classic UI on and off, as do Night Dive Studio games like The Original Strife: Veteran Edition (which even let you play with or without glitches that were present in the original engine.)

Here’s where I’m at with this: if you haven’t played StarCraft and you have any interest at all in the Real-Time Strategy genre, you should. It’s a fantastic game, and this Remastered version makes it more polished and accessible than ever. For longtime fans, there’s really no reason to go back and play any other version of the game. But for new players who are just looking for a nostalgia fix or are more interested in singleplayer campaigns and skirmishes, the lack of any real gameplay fixes might not make it worth your $15, especially since you can now download the original for free or try the Mass Recall mod that recreates the game in the StarCraft II engine. Remastered is a solid product – and one which I know is going to consume my every hour of free time all over again – but it could have been a lot more if Blizzard had just given players a few more options.

Oh, and for what it’s worth, the new music is amazing.

Full disclosure: This review is based on a retail copy of StarCraft: Remastered purchased by the reviewer. 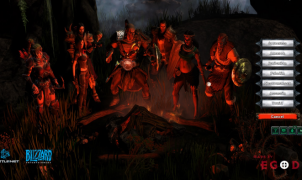 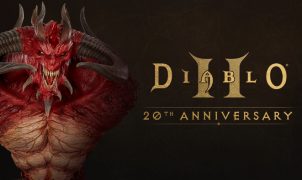