Ken Follett’s Pillars Of The Earth: Book One Review (PC)

A Story As Sturdy As The Pillars Of The Earth 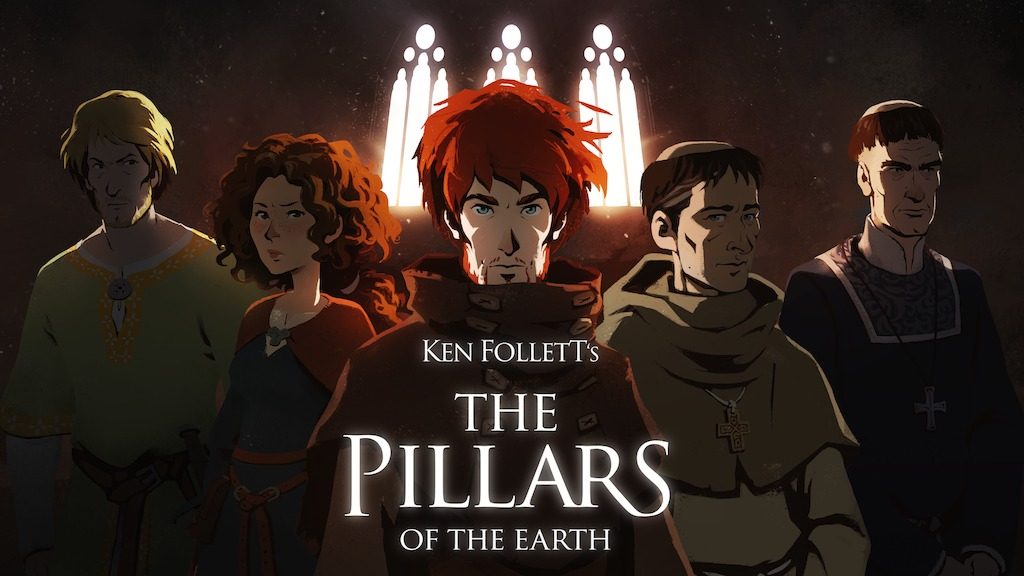 Twelfth century England was an unhappy time for most. Political conspiracies, war, murder, famine, and general hardship were the norm. In the case of Ken Follet’s Pillars of the Earth, an adaptation of the world famous novel of the same name, things are no different.

Players will take up the mantle of three characters over seven chapters and a prologue of what is ultimately referred to as “Book One” of what promises to be a three-part epic. The game, adapted by Daedalic Entertainment, will give players up to five hours of intrigue, drama, and mystery to undergo while controlling these characters.

The two primary and most important people featured will be Phillip of Gwenedd (pronounced Gwenneth) and Jack Jackson, whose origin is at the root of the whole story. We are also joined periodically by Tom Builder. It is Tom’s dream that sets into motion the events surrounding Kingsbridge and its new cathedral.

Introduced, but not a playable portion of this book is Aliena of Shiring. Like Jack and Philip, Aliena’s story lies at the heart of the events of Pillars of the Earth. It is she that ultimately shapes the village of Kingsbridge after the treachery of another noble family leaves her and her brother stripped of title and lands. Players are assured in the end movie that her story will be told in the upcoming “Book Two.” Whether we are going to get the full story or not remains to be seen, as the events leading up to Aliena’s success are ultimately some of the darkest the story has to offer.

“Think Game of Thrones On A Smaller Geographical Scale”

Ken Follet’s Pillars of the Earth is really more of a point and click visual novel than it is a game, strictly speaking. There are mysteries to solve and solutions to seek throughout, however, so even those who aren’t strictly fans of the aforementioned genres will likely enjoy themselves if they appreciate good stories. What will prove most exciting for everyone is the political intrigue and drama that crops up at every turn. When trying to describe Pillars of the Earth, I would do so by comparing it to Game of Thrones only on a much smaller geographical scale. The murder, plotting, and corruption are all right there on the page – or screen in this case. Only here there be no dragons. Or ice zombies. 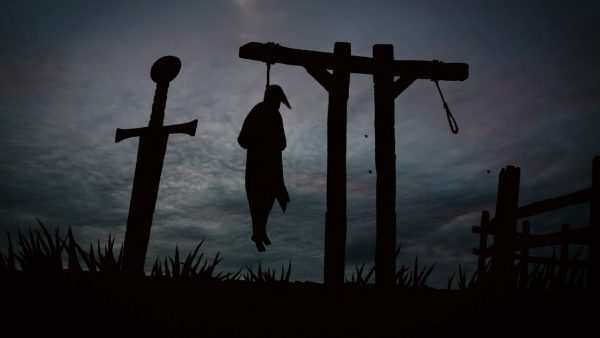 With only a handful of hours of game to be had in Book One, what the upcoming chapters may offer remain to be seen. However, given the amount of content yet to be covered by the game (I’m a big fan of the books, so I know ultimately what’s coming), I feel confident in saying that the next installations are likely to get denser. As stated before, the first book also only focuses on two of the three characters that make up the center of this plot: Prior Philip and Jack Jackson. Their stories are far from finished, however. The actual book by Follet spans a total of fifty years, so we have a lot of game left before us if Daedalic tackles this right. So far, I’m confident in saying that they’re doing a fairly good job.

“Events Give Way to Tragedy, Chaos, and Ultimately War”

As the player navigates the world of Kingsbridge and outlying England, they will be forced to make decisions that ultimately set the course of the story. The game will switch between Philip and Jack over the seven chapters, while you occasionally take control of Tom Builder.

Prior Philip is a quiet and pious man, but because he wants to see Kingsbridge thrive, he must make questionable alliances while protecting those around him for whom he cares. Jack Jackson, on the other hand, is the son of a recluse. His mother trusts no one from the outside world, and has without hesitation passed this perception of the world onto her son. Jack is still a curious young boy however, and despite his hesitations is determined to make the most of his new life outside of the woods. 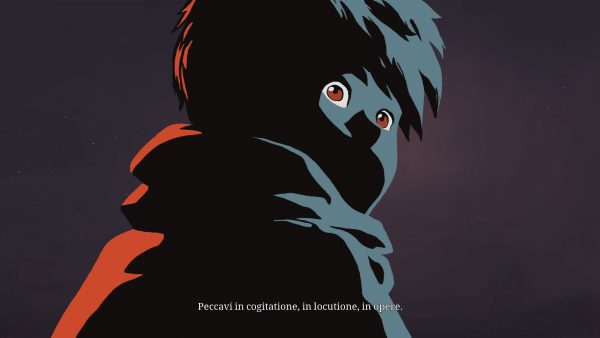 Tom Builder, an important secondary character, wants nothing more than to build a cathedral. It is his dream. Fortunately, the actions of his adopted son Jack will spark (no pun intended) the events that lead to the construction of the pivotal cathedral around which all the lives of this series will revolve.

As happenings give way to tragedy, chaos, and ultimately war, new faces and enemies will make themselves known: the vile Hamleighs, who wage war to obtain ownership over the lands of Shiring conspire to obtain what they feel is owed them. Then there is Bishop Waleran who has his own desires: to live beyond his station no matter what it may cost anyone else, the church included. These men and others will be cause for alarm and distrust. Players must be keen of eye and sharp of wit if they want to stay on top of the game.

“At Times The Game Can Be Sluggish” 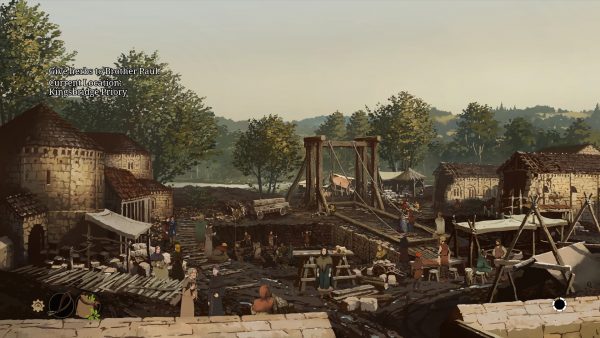 Because this is largely a point and click adventure, the gameplay itself isn’t challenging. Players have the option to collect various items throughout the game that may benefit them when interacting with the environment, but will ultimately prove unnecessary to the story at large. Certain action sequences will also call for quick time events to ensure success. These moments are rare, however, at least throughout the first book. Gameplay is otherwise fairly straightforward.

Explore the grounds of every new environment and interact with every NPC whenever possible to ensure you get the fullest experience. At times the game can be sluggish in terms of dialogue and fostering results, but with some perseverance the story that blossoms is well worth the wait.

In truth, you’ll want to explore the environments anyway, as this game has some of the most beautiful art I’ve ever seen for a point and click adventure game. Daedalic Entertainment has no doubt given Telltale a run for their money with this series. Rolling landscapes and bustling cities will only be a few of the areas you’ll explore as Jack and Philip, and with any luck the game will only provide more as the next installments ride in.

In the end, Book One is slow to provide in the action category, but the setup for future installments will certainly leave players intrigued and wanting more. Despite a few hiccups, the promise of more to come so far makes Ken Follet’s Pillars of the Earth worth the price tag.

Full disclosure: this review is based on a Steam key for Ken Follet’s Pillars of the Earth, given to Hey Poor Player by the publisher.