In space, everyone can hear you talk about your feelings

OK, before we start this Tacoma Review, let’s get the “is it a game?” question out of the way. At the risk of being beaten into submission by scholars of semantics, my simple answer is “Yes”. If Tacoma and other mechanically similar games (fine we’ll call them Walking Simulators) make you angry when they receive good scores, despite what you might perceive as limited interaction, that’s fine. The solution I’d propose would be to ignore Walking Simulators as games themselves, when you see them high on lists of critically well received games, just pretend they aren’t there. If that game that you really like got a 7 out of 10 and Virginia got an 8, just remind yourself that Virginia isn’t a game, it’s an Interactive Story, you’ll feel way better, I promise. I went into this a little bit in my Under The Radar: Virginia feature, check that out if you want a slightly less flippant view on “Are Walking Simulators games?”.

With that aside, let’s get into Tacoma. In Tacoma, you assume the role of Amy Ferrier; a sort-of corporate detective, investigating events on the titular space station, on behalf of your employers Venturis Corporation. The station itself has been evacuated but thankfully, augmented reality projections of the crew (a result of 24-hour surveillance) allows you to uncover the story surrounding their evacuation. The gameplay revolves around exploring the station and watching the interactions of the quasi-spectral AR figures. As with Full Bright’s previous title, Gone Home, you are unobtrusively guided to explore every corner of the station. The Tacoma is excellently executed, feeling futuristic but lived in, with human touches marking much of the sleek stainless steel science fiction. 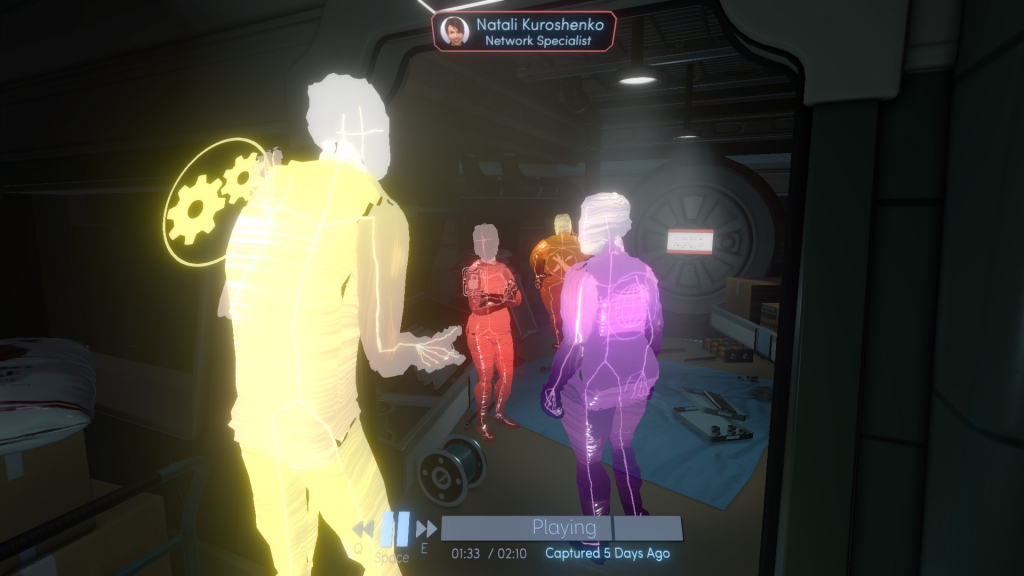 The world-building throughout Tacoma is exemplary, with a sharp perspective on corporate hegemony, worker’s rights and unchecked globalisation. Tacoma paints a picture of a future society where individuals’ lives are pledged to big companies, with even your currency tied to your employment. The simple act of moving from one corporation to another, brings with it financial and prospective employment penalties. I saw the way this was represented as the next logical step forward regarding the very real situation today of migrant construction workers having their passports confiscated, essentially enslaved to their bosses. Tacoma’s version of this is insidiously linked to a kind of American Dream utopianism (including Timeshares in orbital condos). This idea naturally intersects with surveillance. Here is a future where the ‘nothing to hide’ ideology has been fully embraced and privacy now appears non-existent. There is deliberate, playful irony in this as you search through someone’s things while their AR ghost enjoys a moment of solitude a couple of feet from you. 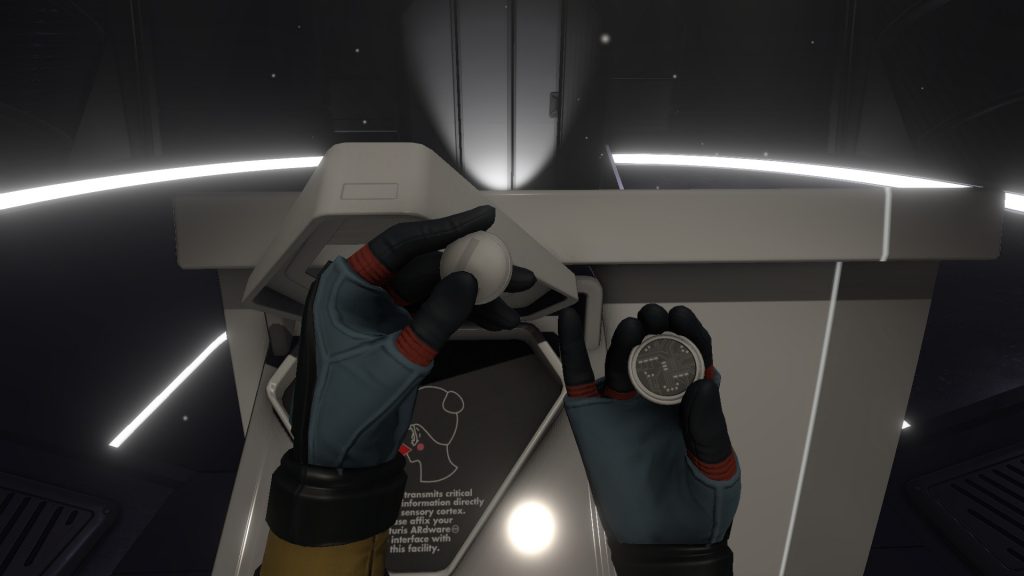 Tacoma’s six crewmembers are realised as simple wireframe humanoids, distinguished by primary colours and various different body types. Despite the inability to discern facial expressions from the crew, excellent voicework brings them to life and each is memorable and well developed. Often more interesting than what they say to each other, are their private message correspondences and moments away from each other. Panic attacks, unseen by the rest of the crew and lovelorn confessions colour and re-contextualise previous conversations and inform future ones. Four of the six crew are in relationships with each other and while these are well-written and mostly compelling, the two other characters are considerably more interesting by not having their limited screentime defined by another person.

Sareh Hasmadi, the ship’s medical officer is undoubtedly the best character here, frequently interacting in intriguing ways with the crew and ship’s onboard AI. What makes Hasmadi such a compelling character is that on the surface she’s the most closed off. As a result, the gameplay of rooting through her life and learning about her past feels the most focused and pertinent through the four hour story. In addition to the main crew, we have ODIN, the station’s onboard Artificial Intelligence (represented as a Illuminati-esque one-eyed pyramid). Initially operating as an exposition machine, ODIN’s role develops over the course of the story in ways I won’t spoil here. 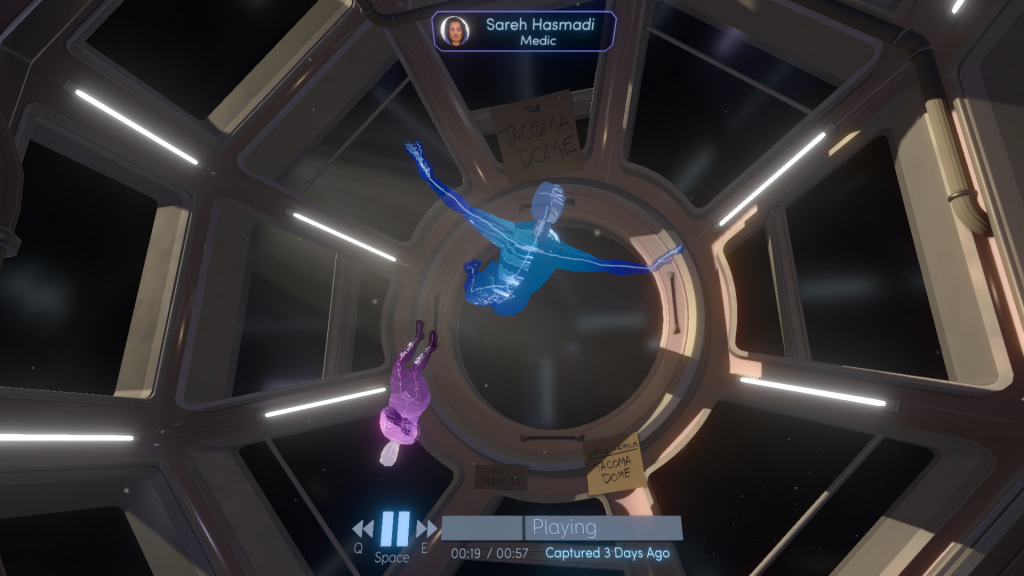 Whether you like Tacoma will largely depend on your tolerance for reading and listening to other people talk. There are definitely moments where progress mechanics (rewinding conversations and finding enough things to be allowed to move forward) hold back the pacing of the narrative, something other Walking Simulators like Virginia avoided with editing. Of course, the success of Tacoma will always be linked to its ability to storytell. This burden will always be made heavier without gameplay mechanics beyond simple examination. With that in mind, it’s slightly disappointing that Tacoma’s story falls just short of landing. There is a lot to admire in the storytelling here. However, without the surprise that the genre and narrative subversion of Gone Home gave us, Tacoma is unable to muster enough impactful moments. It’s a surprisingly small and quiet story that hints at something bigger, but it can’t quite find the emotional impact of the quiet story or the compelling revelation of the larger one within.

For fans of the genre, Tacoma is definitely worth the fairly small time investment. However, this won’t be the Walking Simulator to convert those in opposition.

Full disclosure: This review is based on a copy purchased by the reviewer.