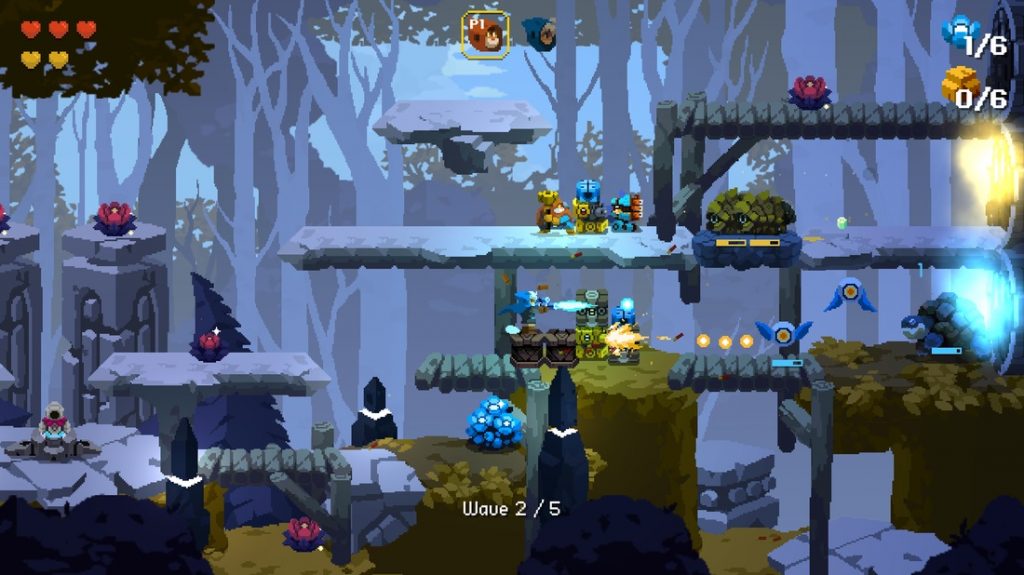 After last week’s announcement that Aegis Defenders was set to appear at PAX West 2017 as part of the “Presented by Humble Bundle” showcase, Humble Bundle has announced today that they will be officially bringing the game to the PlayStation 4 as well.

Aegis Defenders is a Metroidvania with tower defense elements. The game was inspired by 16-bit classics such as Super Metroid, and was created to emulate the look and feel of that particular era.

“Humble is incredibly proud of the team’s accomplishment, and we hope to continue to be the helping hand that guides independent developers and their must-play games like Aegis Defenders to as many gamers and across as many platforms as possible,” said Humble Bundle publishing lead John Polson.

Aegis Defenders is slated to release for PlayStation 4 and PC sometime this winter. In the meanwhile, those wanting to test out the game will  have the opportunity to do so at PAX West by stopping by the Presented by Humble Bundle Showcase, located at the Indie Arena Booth, Hall 10.1 A020. How do you think this game has been shaping up so far? Are you interested in playing it at PAX West? Let us know in the comments below!

Life is Strange: Before the Storm Episode 1: Awake Review…