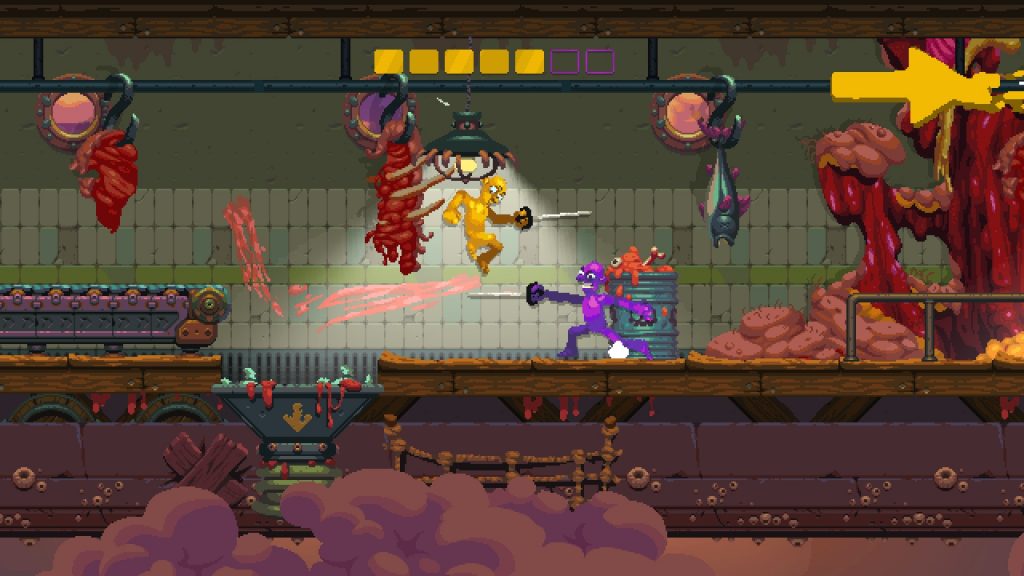 It’s time to run for you life once again, because indie developer Messhof has officially released Nidhog 2.

Nidhogg 2 tasks players with a simple goal; to reach the end of the level. To do this, players will need to run, jump, and brutally maim anyone who stands in their way — lest you become the Nidhogg’s next meal. Nidhogg 2 builds upon the original Nidhogg formula, adding in new weapons to use and levels to master, and full character customization. The squiggling sequel also features art by Toby Dixon, and music by Mux Mool, Geotic, Doseone, Osborne, and Daedelus. For even more information, check out the list of key features below:

Nidhogg 2 is now officially available for PlayStation 4 and PC via Steam. Are you ready to outrun the wurm once again? Let us know in the comments below!