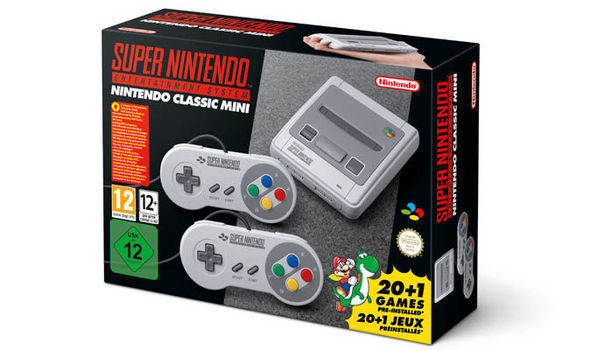 The Nintendo Classic Mini: Super Nintendo Edition is now available to pre-order now from Australian and New Zealand retailer JB Hi-Fi. Fortunately for those of us not from the land of cork hats and Fosters, JB Hi-Fi offers international shipping. This means you can order it from the UK or America. Luckily, the SNES Classic Mini has a USB power cable so all you need is an iPhone or Android device AC adapter to be able to play it. No need to search for Aussie power cables! If you’re interested in snapping one up ASAP then click on the link here!

UK pre-orders of the hot new minified take on the classic SNES have been stopped for weeks, with stock being completely emptied. There’s still no way to pre-order it in the US or UK. With 21 classic games pre-loaded, two controllers included and upscaled, HD visuals, the SNES Classic Mini seems to have been a tempting prospect for a lot of gamers! JB Hi-Fi have the SNES Classic Mini listed for AUS $139.98. That’s about £85 for British gamers. Don’t try and be cheeky and buy them up to sell to others though, as orders are limited to one per customer.

Speaking to fans’ concerns about the lack of US pre-orders available, Nintendo of America said SNES Classic Mini pre-orders would open in North America in late August. Nintendo said:

“We appreciate the incredible anticipation that exists for the Super Nintendo Entertainment System: Super NES Classic Edition system, and can confirm that it will be made available for pre-order by various retailers late this month… A significant amount of additional systems will be shipped to stores for launch day, and throughout the balance of the calendar year.”
Nintendo have said the teensy-weensy SNES Classic Mini  would not be affected by the stock shortages the NES Classic Edition was. Released in November last year, it was discontinued this year after widespread stock shortages.

In a statement to USgamer, Nintendo said:

For those who are interested, there’s a list of all the games provided on the new mini-console below:

• The Legend of Zelda: A Link to the Past