A beloved ‘shmup comes to Xbox One, Playstation 4, Switch and PC 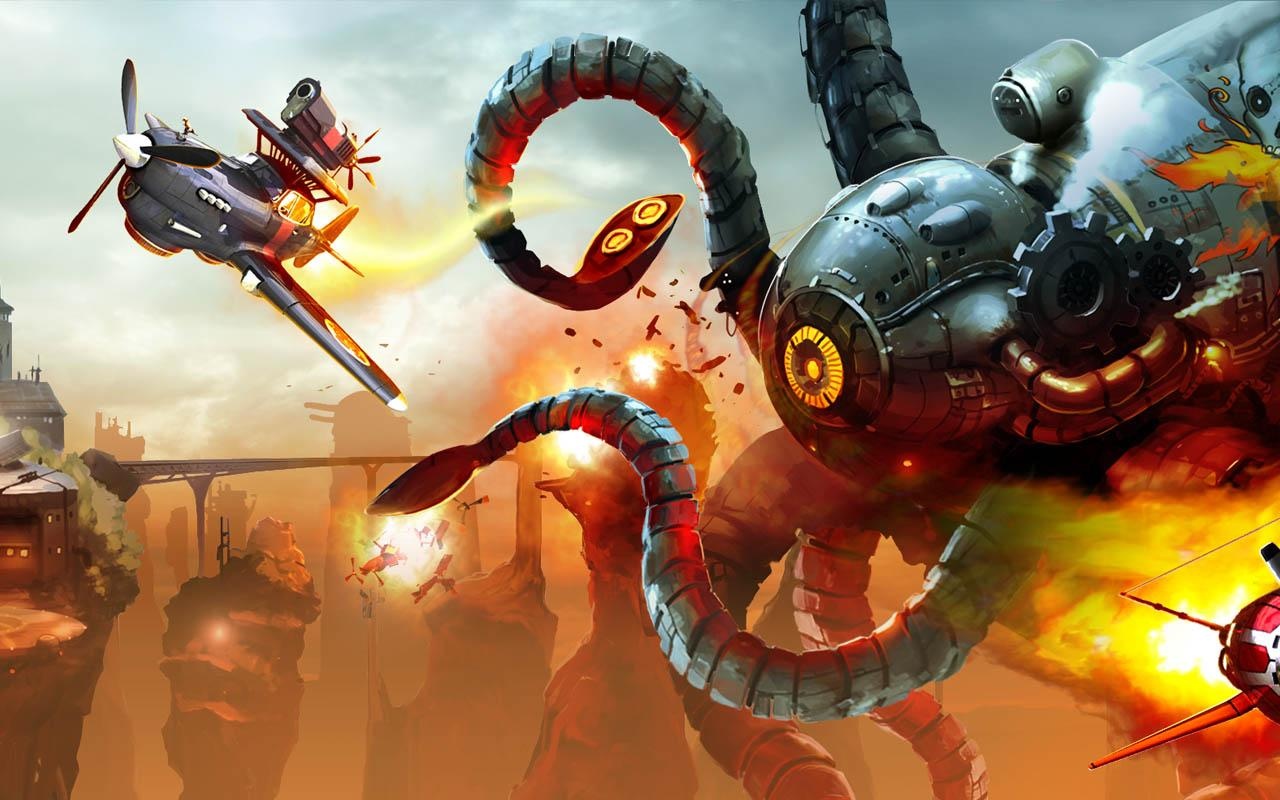 Sine Mora EX, an enhanced version of 2012’s original Sine Mora, is back to pit airplanes against pseudo-Lovecraftian horrorterrors all over again. The newly-upgraded adventure airdropped into Playstation 4, Xbox One and PC markets yesterday. It has also been announced for a Nintendo Switch release by summer’s end, so you can take the war on the go.


Sine Mora EX bills itself as an extended version of the side-scrolling stuff-shooter experience from a few years back. Here’s a full list of features added:

To make things even toastier, the PC and Playstation 4 Pro versions of the game can be run natively at $k, 60 fps.

Sine Mora EX mixes classic side-scrolling shoot-em-up standards with some new ideas. It’s story mode weaves an over-the-top campaign every bit worthy of the utter bizzareness of that big metal octopus thing you see fighting in that featured image up above there.  Both the story mode and the full arcade mode can also be enjoyed in 2-player co-op mode. What more could you possibly want?

Sine Mora EX is out now on PC, Playstation 4, and Xbox One, and will be appearing soon on Nintendo Switch.