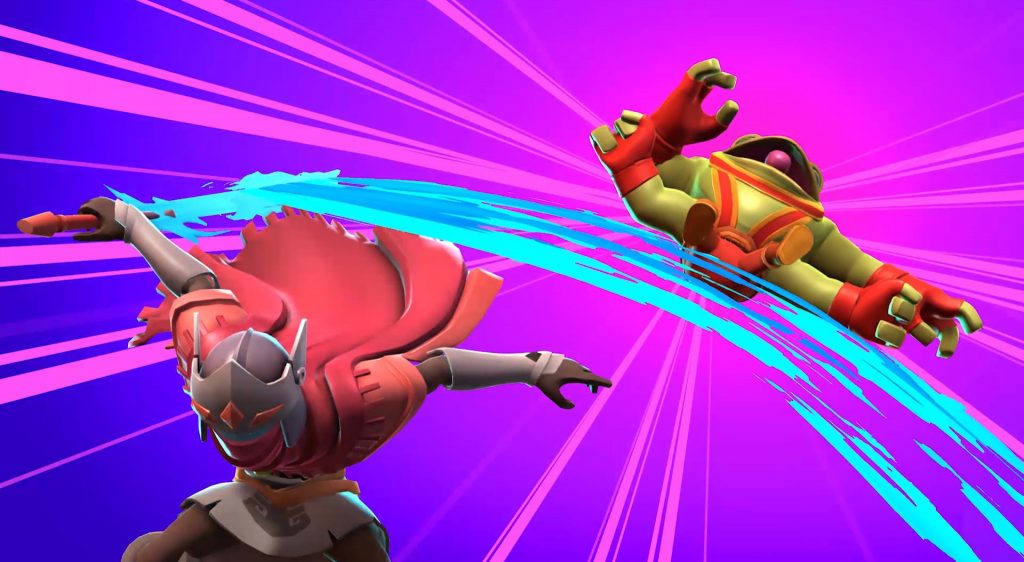 The party fighting game Brawlout from Angry Mob Studios has just been announced for a release on the Nintendo Switch this holiday season. Brawlout is a 4 player platform fighter where players get knocked further away as they take damage, eventually knocking the opponent off the stage. The game previously released on Steam early access this past April and is also coming to PS4 and Xbox One.

Accompanying the announcement was the reveal of a new fighter: Hyper Light Drifter from the game of the same name from independent developer Heart Machine. Developer Angry Mod Studios has been closely working alongside Heart Machine to ensure that Hyper Light Drifter stays true to his original game. Hyper Light Drifter is a 2D action RPG that launched last year on PC, PlayStation 4 and Xbox One to highly favorable reviews. Now Angry Mob Studios is bringing its protagonist into the 3D realm for the first time with his appearance in Brawlout.

For those who can’t wait to try the Switch port or any other console versions, Angry Mob has you covered. The Steam version of the game is on sale now for $9.99, 50% off the usual price.

A new trailer announcing both the Nintendo Switch release and Hyper Light Drifter has been released and you can see it for yourself down below.

Brawlout is available now on Steam and will be available later this year for PlayStation 4, Xbox One, and Nintendo Switch.

Excited to play Brawlout on the Switch? Are you hyped for Hyper Light Fighter? Let us know in the comments.