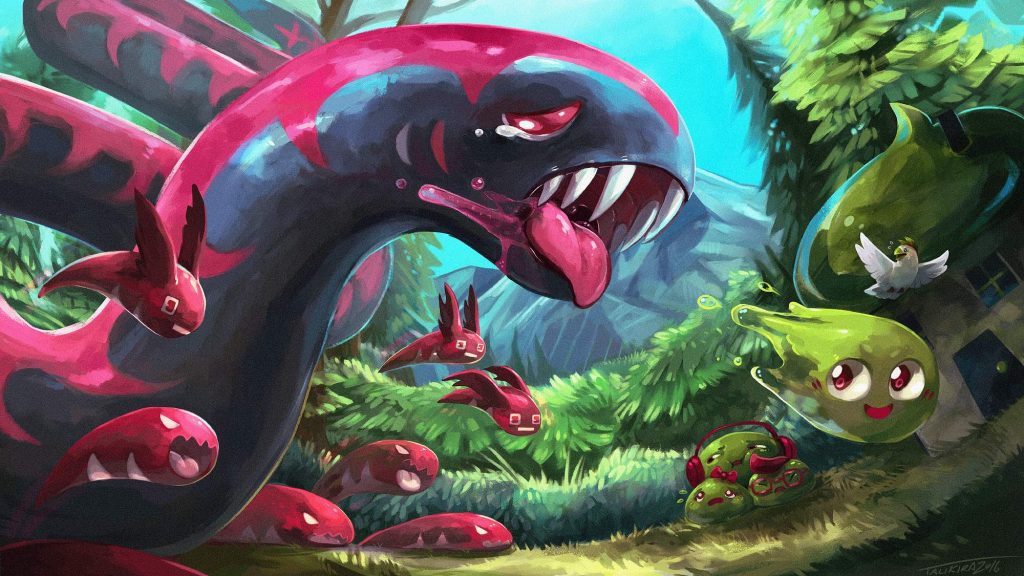 If you do a quick search of DIY YouTube videos, you’ll immediately come across thousands upon thousands of guides instructing DIY-ers on how to make their own slime.  My daughter has an obsession with these videos, and it’s not hard to see why. Slime is colorful, sticky, gooey, and (excuse my 90’s vocabulary) cool!  Ever since 1984’s Ghostbusters, I myself have purchased massive quantities of the stuff, but I find it weird that I can’t recall what happened to it after I’ve finished playing with it. It just…disappears.  Slime-san is here to tell the story of all that slime that we’ve lost throughout our childhood. Well, in reality, your evil parents tossed that mess in the garbage while you were looking the other way. So, for all intents and purposes, let’s just say Slime-san is “based” on a true story.

Slime-san tells the tale of a little blob of slime named Slime-san that has been eaten by a gigantic worm. To survive, Slime-san must escape 400 puzzle-like rooms inside the worm while avoiding the digestive acid that is constantly on its heels. This is no easy task! The worm that has decided to make Slime-san his dinner has the most complex body structure known to man! Moving platforms, lava pits, and gravity shifts are just the tip of the iceberg when it comes to this annelid.

Escaping a room comes down to getting from point A to point B. Thankfully, our friendly slime has a few tricks up its gooey sleeve to get around all of the obstacles between the two points. It can jump and stick to vertical surfaces for a short period of time, dash to reach otherwise unreachable areas, and morph (become invisible) to pass through porous walls. These abilities have secondary uses as well, adding extra layers to the gameplay. Jumps can be doubled up, dashing can break weak walls, and morphing will slow down time. The game introduces all of this fairly quickly, but it’s all very easy to understand. Before I knew it, I was stringing everything together and pulling off stunts that I didn’t think were possible. I felt like a badass glob of slime! 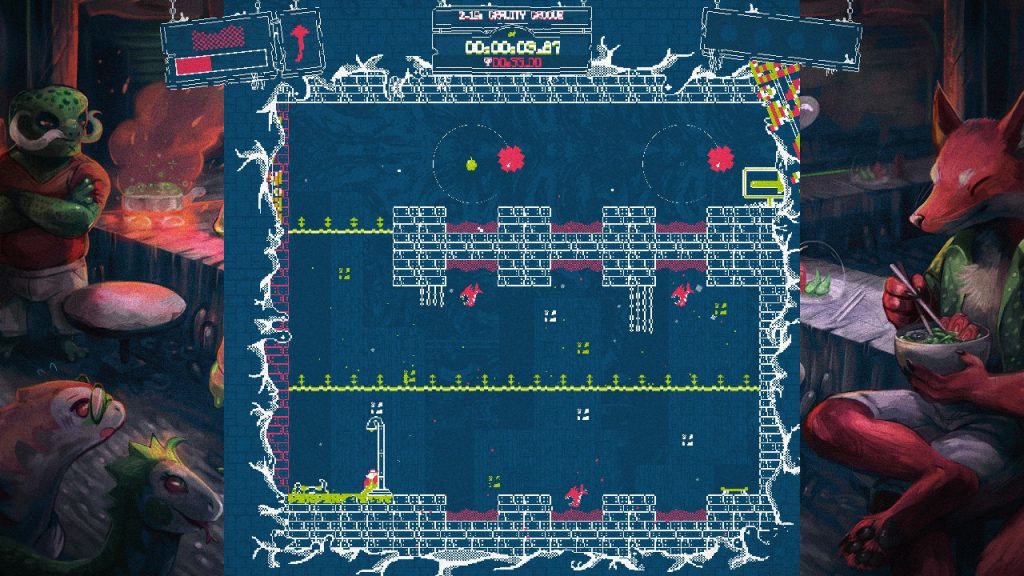 The obstacles that are introduced are basic at first, but get progressively intricate. Platforms are constantly changing and come in several different varieties, requiring Slime-san to morph in order to land on them, or depending on their nature, pass through them. Some rooms will need keys to unlock certain areas to progress, and others change gravity when switches are flipped. Thinking fast is key, because if escaping isn’t done in a timely manner, stomach acid will start to fill it up the room , ultimately making escaping a heart-pounding race to the finish.

Due to the quick nature of escaping each room, feeling discouraged by death is short-lived, which is a good thing.  Before I even have a chance to figure out what I was doing wrong, I was being thrown right back into the action. This makes the speed of the game feel amazing, that is until I was in a room that required me to wait for platforms to be in certain positions before proceeding. These rooms to tend to bog down the heart-pounding action, but they are few and far between.

Slime-san is hard. No, scratch that. Slime-san is very, very hard. Remember all of those times you died in Super Meat Boy? Well, multiply that by ten. I really hate to compare the two games, but I have to do it. Slime-san controls and feels like Super Meat Boy. Slime-san, although heavier, jumps like Super Meat Boy. Finally, Slime-san’s overall feel of speed and quickness is just like…Super Meat Boy’s. With those comparisons out of the way, I can say that I thoroughly enjoyed Slime-san the most out of the two games. The abilities added more depth and multiple ways to complete each room. I curiously revisited rooms just to see if I could escape them in different ways, and more often than not, I could. 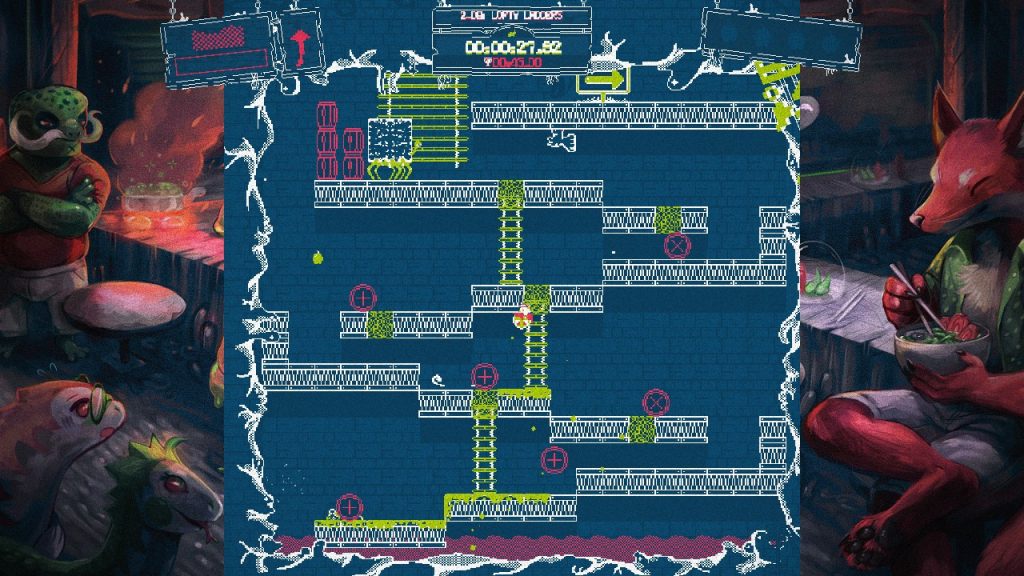 I did manage to have a few issues pop up when it comes to the way Slime-san controls. The Switch’s analog stick seems to be a bit too small for a game that requires so much extreme precision, making quick double jump/dash combos unpredictable in some cases. This usually would happen in tense situations, for instance, when the stomach acid was on my tail. The quick succession of a double jump leading into a directional dash wouldn’t grant enough time to press the Switch’s small thumbstick to the exact direction that Slime-san needed. Games of this nature require each death to feel like it’s the player’s fault, but situations like this led to my demise feeling unwarranted.  I was still able to complete the game using the Joy-Cons, but using the D-pad on my Pro Controller yielded much better results.

Inside this gigantic worm are 5 deadly worlds and a town called Slumptown. The worlds are broken down into 20 levels that each contain four rooms. After completing 20 levels, Slime-san will have to fight one of the game’s 5 bosses in what I thought were really clever and challenging battles. Depending on your button-pressing skills, I can estimate the main game taking most gamers an average of 12-15 hours to complete. But that’s just completing the game’s story mode. Visiting Slumptown will offer several more hours of gameplay for curious gamers.

The town of Slumptown comes with many benefits. Every room in the worm contains an apple (usually in a tough to reach area) that Slime-san can acquire. Vendors in Slumptown take payment in the form of these apples. The vendors sell a wide variety of items; some changing the way Slime-san controls and others changing the way Slime-san looks. Want Slime-san to jump higher, but walk slower? At the cost of 40 apples, you can purchase a pill to do just that! Want Slime-san to have hair like President Trump’s? Yep, that’s available too! Since the game is in a 4:3 aspect ratio, screen side art can even be purchased to jazz up unused areas of your Switch’s screen! There are even standalone multiplayer arcade games that can be purchased with the hidden coins that are tucked away in some of the worm’s rooms. Boss rush mode, time trials, and challenge modes are also available to test your skills. Slumptown, even though inside a worm, sounds like my kind of place! 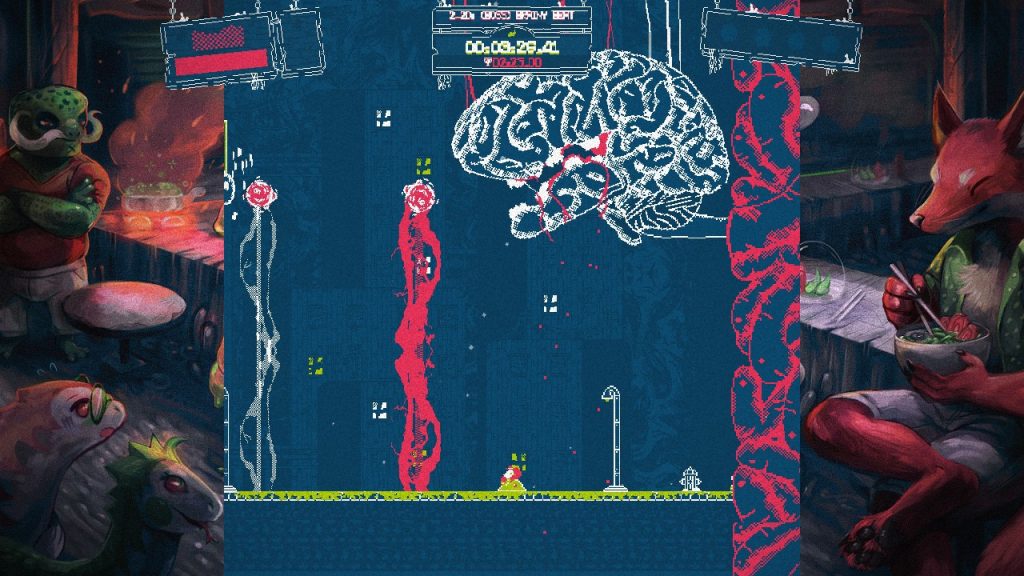 The retro inspired look of Slime-san plays to its benefit. There are basically only three colors to worry about – white and green are good, and red is bad. That’s it! Pixel art at its simplest and finest! Now, let me get to Slime-san’s best feature – the music!  These tunes are amazing! If you are a fan of chiptunes – oh, hell, music in general – you’re going to love this game’s soundtrack. Every song had me tapping my foot, and best of all, made dying not seem as crappy.  My only gripe (and it’s not really a gripe) is that I want more music. The music changes every 100 rooms, which I think isn’t enough. Give me more chiptune goodness! I needed this soundtrack in my life, like, yesterday!

If you’re looking for a real challenge and enjoy games like Super Meat Boy, you really need to check out Slime-san. For only $12 you’re getting a whole lot of bang for your buck! Hell, I’d pay that just for the soundtrack alone. I do recommend playing with a Pro Controller to avoid unwanted deaths, but completing the game with the Joy-Con is still doable. I can’t forget to mention the extra built-in arcade games, time trials, challenge mode, boss rush mode, skins, art…I can go on and on.  This game is bursting at the seams with extra content. I can’t recommend it enough.

Full disclosure: This review is based on a Nintendo Switch review copy of Slime-san given to HeyPoorPlayer by the publisher. 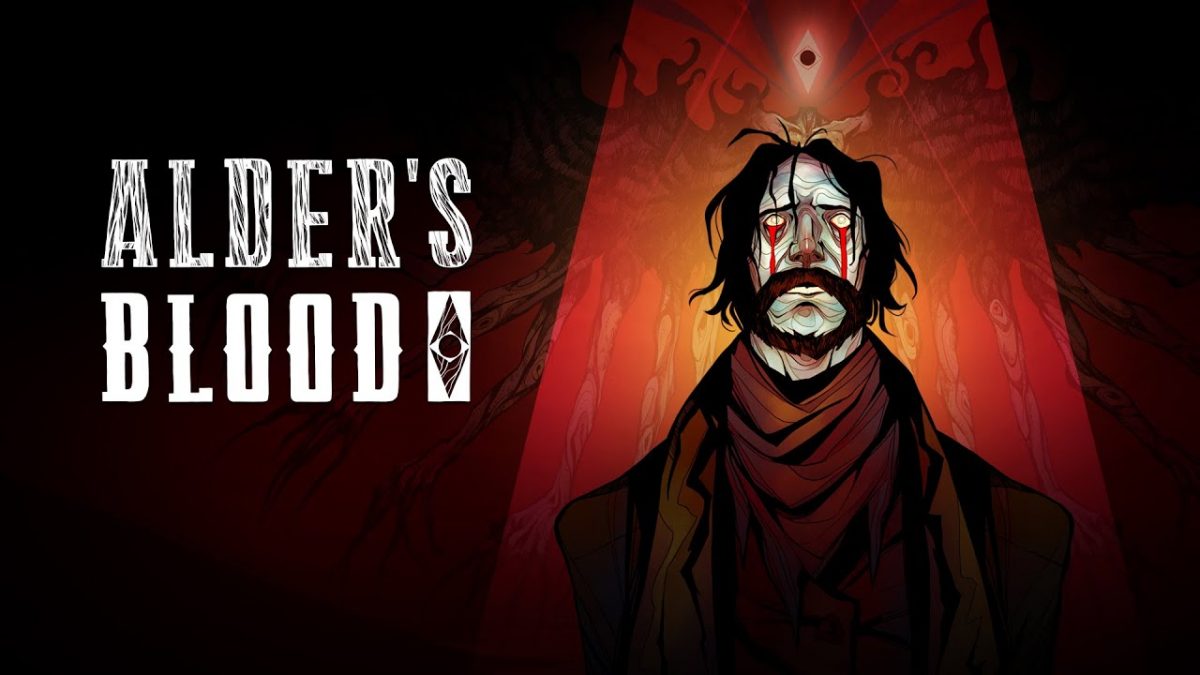