Atlus is Milking Persona for Every Last Drop, and That is Fantastic

Atlus just announced not one, not two, but three Persona spin-offs. 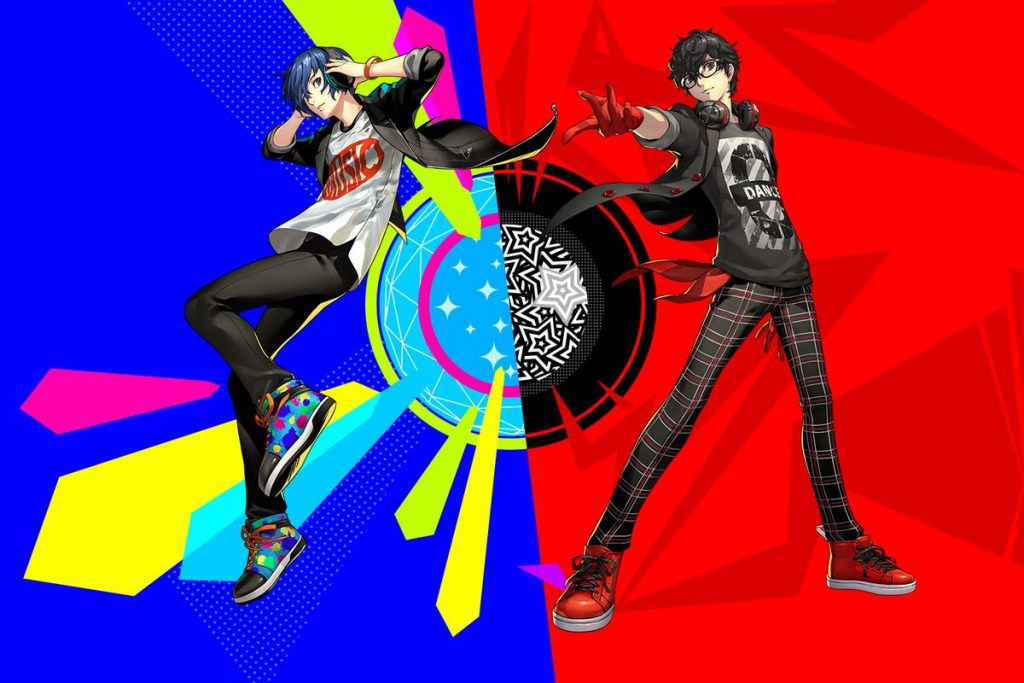 It’s no secret that Persona fans can be… divided. There are endless debates over which game reigns supreme, even within Hey, Poor Player (for reference, I respectfully disagree with this article at almost every level). And with a brand-spanking new entry in the series just starting to get its own spin-offs, there’s never been a better time to talk about the elephant in the room: do these side games represent everything wrong with the series, or a potential for the franchise to grow and expand? I’m going to deliver a hot take fresh out of the oven and suggest that the Persona spin-offs are not just a good thing, but a great thing.

Between the release of Persona 4 in 2008 and the release of Persona 5 earlier this year, a total of four-spin off games were released. That’s not counting Persona 4 Golden, an enhanced Vita port of the original title, which introduced an entirely new character, dungeon, and social events. These spin-offs include a first-person dungeon crawler, two fighting games, and (most surprisingly) a rhythm game. Some fans have even suggested that Atlus would release a racing spin-off next, and I had an awfully hard time denying the possibility. Yet as much as I might chuckle at the idea of Persona 5: Drifting All Night, there’s an undercurrent of frustration in the joke. It’s as if fans are asking, “What else is Atlus going to throw at us before we get Persona 6?” 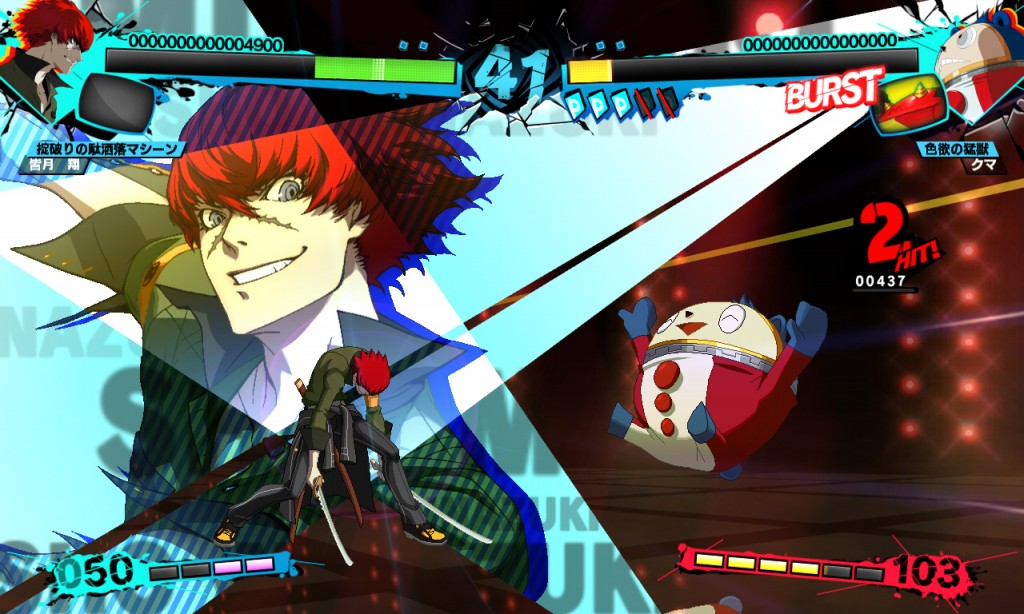 Their development is not slowing down mainline releases… or at least, not by much.

This line of thinking assumes that game development is a zero-sum game with winners and losers, where developing one title siphons resources from another. And while that may be true for some projects, Atlus has been careful in delegating their workload. Few suggest that the Shin Megami Tensei or Devil Survivor series take away resources from Persona because they were developed by different internal development teams. Similarly, Atlus has outsourced the bulk of development for its spin-offs to other teams and for games like Persona 4 Arena and Persona 4: Dancing All Night, to other companies.

Persona 4 Arena and Ultimax were developed by Arc System Works, the developers behind BlazBlue, Guilty Gear, and the upcoming Dragon Ball FighterZ. P Studio (the internal development team for recent Persona titles) took on the writing and character design, leaving the rest to ArcSys. Their collaboration was enough of a success for ArcSys to include Yu Narukami in the cast of their upcoming crossover fighter BlazBlue Cross Tag Battle. 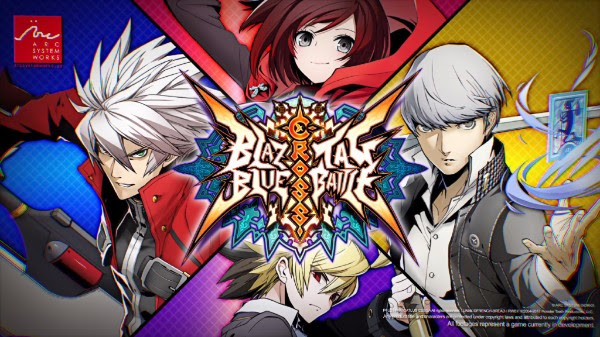 P Studio was more involved in the development of Persona Q, a collaborative effort with the team behind Etrian Odyssey IV; the project ended up taking more influence from the Etrian Odyssey series than Persona. Even Dancing All Night began as a partnership with the developers of Hatsune Miku: Project DIVA. Atlus cited concerns about the game’s quality when taking over lead development on the project, because they wanted to make absolutely sure of one thing…

The spin-offs are actually good.

This point, of course, is far more subjective. Some Persona fans just don’t like the spin-offs Atlus has released. Disliking a game is no crime, but much of the criticism I’ve read reeks of dismissiveness—Dancing All Night was ragged on for months and months before it was even released. Reviews turned out to be rather glowing, and I couldn’t agree more. The plot may have been campy and outlandish (though not a great deal more than being dragged into a television world), but it looked, felt, and sounded like a Persona game. 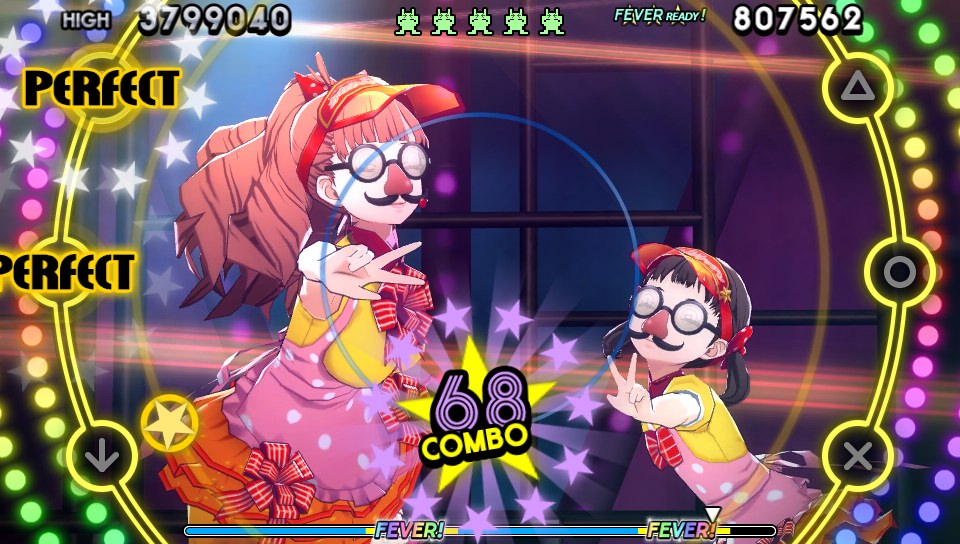 While I’ve put far fewer hours into Persona Q and Persona 4 Arena, I get the same feeling that I did with Dancing All Night. Sure they’re a little flawed, but once you venture just a little outside your comfort zone you might actually like them. But I get it, their mechanics might not jive with someone. Maybe their flaws in storytelling and characterization are too glaring to gloss over. That doesn’t mean they shouldn’t exist, which brings me to my final point…

Persona is a spin-off.

Fans have all too quickly forgotten the roots of their favorite franchise. Before Persona 4 Arena, all Persona games were prefixed by Shin Megami Tensei. The series was originally based on the setting explored by Shin Megami Tensei if…, which similarly followed high school students sucked into a treacherous world of demons. The formula caught on and became one of the most beloved JRPGs in gaming, right next to Pokémon and Final Fantasy.

Yes, I know that Dancing All Night probably won’t become the next big Atlus franchise—even as it spawns its third release. But like Shin Megami Tensei if…, these shifts in genre and setting could pave the way for something far more ambitious. These spin-off projects allow a series to dip its toes into other genres, give developers a little more freedom to stretch their thinking, and bring in the cash to make their mainline games even better. Who can argue with the results?

Of course, this is all just my opinion. These views are not necessarily representative of Hey Poor Player’s as a whole and… well, you know the drill. But what do you think? Are all these spin-offs tarnishing the legacy of the Persona franchise, or are they enjoyable additions to the established canon? Make sure to leave a comment below with your thoughts, criticisms, and long-winded rants!