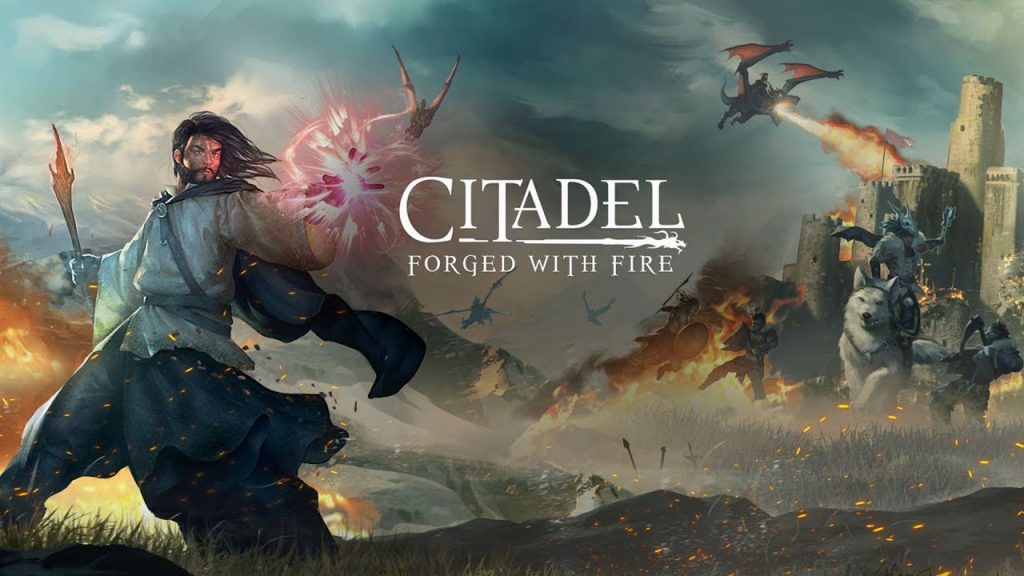 Have you ever looked at Skyrim and thought “man, the mage class is the absolute best possible way to go here. Screw stealth archer, I’m gonna fling fireballs at things until they die from it”? Have you also thought “gahh, but the only thing missing here is like, actual wizardy shit. Like where are the broomsticks? Where are the magic wands? And what about more spell diversity? Like what about a proto-Hogwarts kind of feel that would make Harry Potter proud?”

If you can relate to both of those really niche questions, then you might wanna check out Citadel: Forged With Fire. 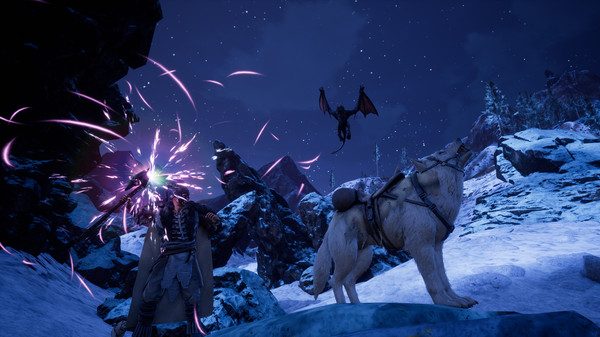 Citadel: Forged With Fire is currently being developed by Blue Isle Studios and Virtual Basement and can be found on Steam Early Access for $19.99. The game is described as “massive online sandbox RPG with elements of magic, spellcasting and inter-kingdom conflict” by the developers on their Steam page. The game takes place in the land of “Ignus: a 36 square kilometer landmass of sweeping plains, dense forests, craggy mountains, festering swamps and frozen tundra” and is full of wildlife, both friendly and otherwise.

Before Citadel: Forged With Fire begins, there is a limited character customization that allows players to choose between playing a male or female, various hair and skin color, and four head shapes. After deciding upon your character’s name and look, you can choose to spawn in one of three places (for the time being) in one of the servers of your choosing. 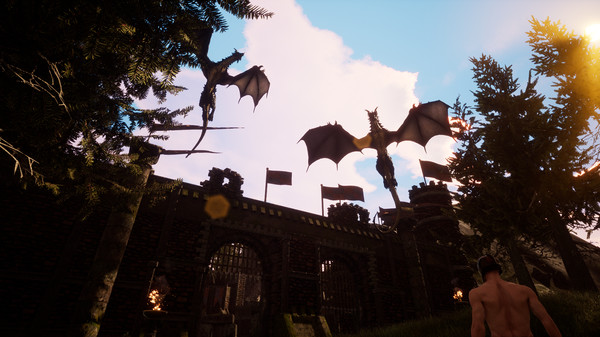 When you first awaken after spawning, your arms come into view – your fiery, fiery arms. It would seem that you’re literally forged from fire, as you have the same texture as the fiery pit you’re standing in. As you come to your senses, you realize that you can move around using the standard WASD keys and pick up items using E. Rocks, sticks, flowers, and rune stones are fair game. Collecting items gives you EXP, so it’s not a bad idea to load up on useless crap while you’re still adjusting to your new world.

Eventually, you gain enough EXP to learn spells and, via your hands, a magic wand, or a staff, can use those spells to reign fire upon anything that walks by. For most of my playthrough, the threats that plagued the lands were mostly elk, but as far as I was concerned it was hunting season and I had license to kill. The animals’ AI wasn’t very advanced in a sense that you could walk right up to them and get a few hits in before they turned tail, but perhaps that will be tweaked as time goes on. 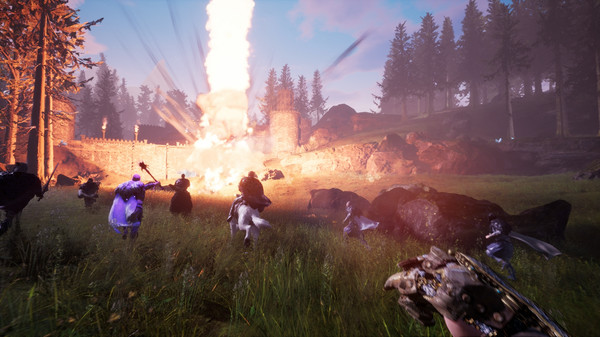 While the movements are fluid – i.e., the controls don’t stick, coordination between movements is smooth, etc. – the animation itself leaves something to be desired. When in third person view, the character’s running movement from behind is a bit strange, as if they’re not opening their legs all the way. Maneuver the camera over to the side of the character and you’ll see a marked difference. The graphics themselves are interesting; the backgrounds and environments are very well done, but the character design seems…off. Unfinished. As if they need to clean it up a bit or finish adding textures. Something about them is missing – and while that’s pretty standard for an Early Access title, part of me wonders if that’s still on the docket to take care of.

There’s one part of Citadel: Forged With Fire that absolutely rocks, and that’s flying. You can fly with a broomstick once you hit a high enough level, and by doing so you can get to and from much faster than if you were on foot (plus you avoid creatures that would kill you, so there’s that). Be careful about flying for too long, though, as flying takes stamina and if you run out then you’ll fall out of the sky a la Icarus.

There’s so much more to Citadel: Forged With Fire than initially meets the eye; with building, crafting, flying, hunting, dungeoning, and what appears to look like Quidditch with wands is available in this open-world sandbox RPG. It may not be ready just yet for consumption and it definitely needs to stick around in Early Access for some time, but once this caterpillar emerges from its cocoon, it will be a beautiful butterfly, eager to please the masses with its newfound, beautiful wings. Citadel: Forged With Fire is definitely worth checking out if you enjoy witchcraft and wizardry (get it? GET IT?). 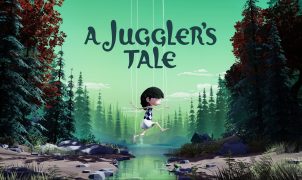