Rokh Preview: In Space, No One Can Hear You Sigh 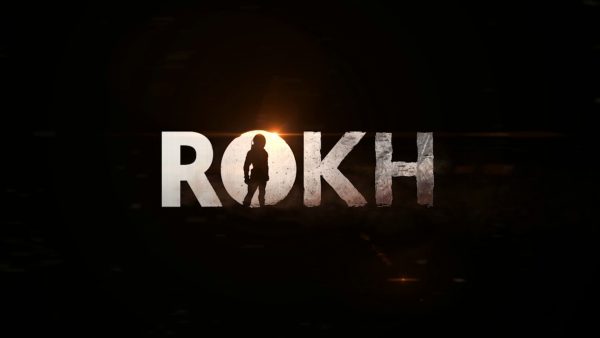 Survival adventure games are a tricky genre to get right. In many cases, if a good impression isn’t made within the first few hours it isn’t likely to do well. Unfortunately it’s very difficult to master this balance, which is why so many of these games become stale and repetitive so early on while the genre as a whole grows more and more rancid. Anyone who comes into a survival adventure game should always enter with minimal to low expectations – this coming from someone who genuinely loves the genre – because chances are things are not going to work as well as you want them to.

When I first started Rokh I wasn’t sure what to expect. Early Access games on Steam have a tendency to be unpolished, that’s more or less their nature. However, there are degrees of acceptability within that categorization, yet few manage to pass the benchmark. The only game that I have seen do so to date has been Subnautica, and that game has been in Early Access stages for literal years now.

When getting started with Rokh however, I knew only this: I was in space, and more specifically I was going to be on Mars. This by itself was already hopeful. It meant that the scope of the game was limited to, more or less, one area. The issues that affected games like No Man’s Sky (not technically survival, I know) would not exist here, therefore everything should be fairly streamlined. Right?

Now That She’s Back In The Atmosphere 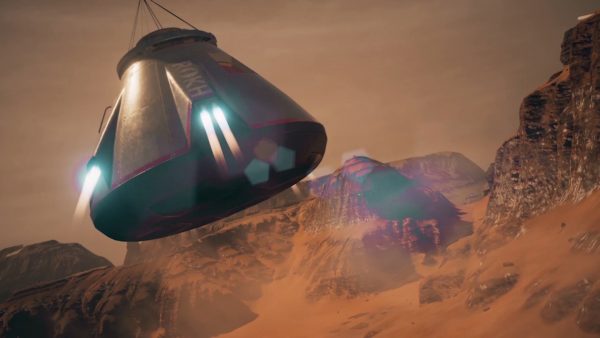 The first few marks of what might be a not-so-great survival game is usually the interface. If things aren’t visually cohesive players are going to be instantly reproachful. Design tip: Everything on the screen needs to mesh visually and make sense quickly, especially if your resource bars are ticking down while you examine these in game assets. Which, unfortunately, they are. Trying to solve the puzzle that is your interface while you are literally dying is generally not fun, so if you’re going to make your players do it at least make things as easy as possible for them.

Rokh kind of has this problem, I’m sorry to say, and it irritated me.

Things do get better however once the out of game research proves that everything is more or less a drag and drop operation. Almost everything the player encounters can be used after it is equipped to the hotbar, activated by pressing the corresponding number, and then left clicking. This is a little painstaking, but it’s effective. Tools as well as consumables are used in this manner which at least means there won’t be a lot of complicated processes for players to learn.

Your only real challenge will be finding the necessary materials to survive once you figure out how to function within the game. Rokh is less survival and more exploration in this regard.

Unfortunately, because the player is up against so many variables that are working against them in the early hours of this game, you’ll be hard pressed to feel like you’re getting much of anywhere as the game currently stands.

I’m Gonna Climb Up Every Mountain Of The Moon 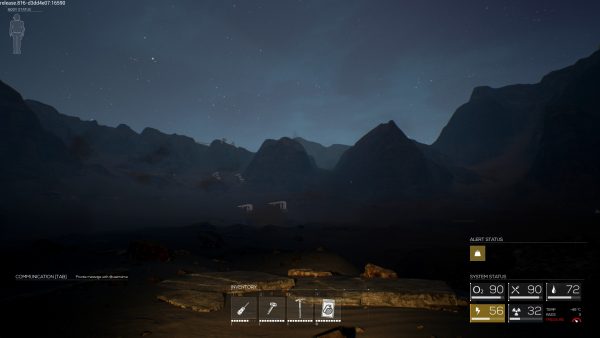 Despite half of Rokh’s map being grayed out at the start, there’s a lot to explore. In truth, there’s possibly too much. At four hours in I had only gotten a partial corner of the map explored, and truth be told I accidentally circled around more times then I care to admit. Navigation is difficult in this game and it has no good reason to be. Hopefully the developers will see fit to add a compass in their next series of updates.

Item salvaging, the only real reason you’re doing so much walking around, is easier than it should be also. Players will obtain all of their items through “drops”. The narrative explains these as being pre-scheduled, automated supply drops for the colonies already inhabiting Mars. However, upon arrival, you (and any other players in the server) are the only living person(s) on the planet. The drops will consist of odd things like oxygen and food, as well as an item that serves to help remove radiation from your character. Remember this, because radiation will likely be one of your biggest problems. It was for me.

Food, water, and oxygen are all so common in drops that you’ll be overladen with them very quickly. As I said, my biggest problem was radiation as well as my suit battery running low. Your suit battery is charged via solar energy during the day, however this is when you will also absorb all of your radiation. Working at night absolves the latter issue, but requires more battery usage. In other words, the risk/reward system here is so balanced that it won’t matter what you do or when, as one or both issues will come into play eventually. 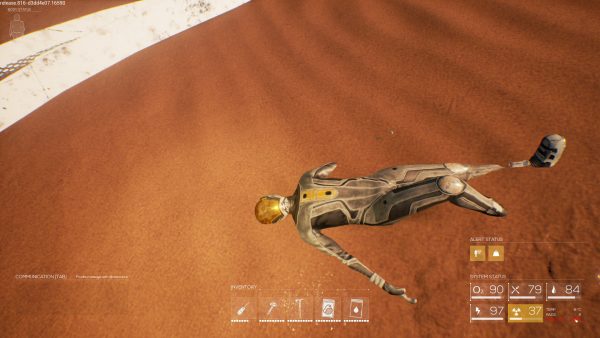 The game broke for me as soon as my tools began to breakdown. As a rule of thumb I generally hate item degradation as a mechanic. It’s a cheap way to complicate a game. It’s worse still when literally all of the tools can break, thereby nullifying any ability to rebuild a tool if you lose track of your inventory. I’m currently at a point where I have broken both my hammer and my pickaxe, and I can’t make either of those tools without, you likely have guessed by now, another hammer. While it’s true that I could possibly find one, I have yet to find anything yet that wasn’t oxygen, dried mangoes, jerky, mint cake, water, or an Irad bar.

It was here that I decided that I was done, especially since I wasn’t even certain of what my end goal was until I accidentally pressed the [O] key that showed me my server objective. I was supposed to be building signal relays to reestablish connections with Earth. That was all well and fine, but I hadn’t even found my first spool of wire yet. Exactly how much longer was this supposed to keep going?

I wasn’t alone for my last excursion on the red planet. Another player by the name of Alykkat opted to ask anyone present via the chat window how to use the pickaxe. After helping as much as I could, it began to sound like Alykkat might have run into a bug as they couldn’t use the thing at all, while other tools worked just fine. After I issued Alykkat many apologies for failing them, my game crashed. 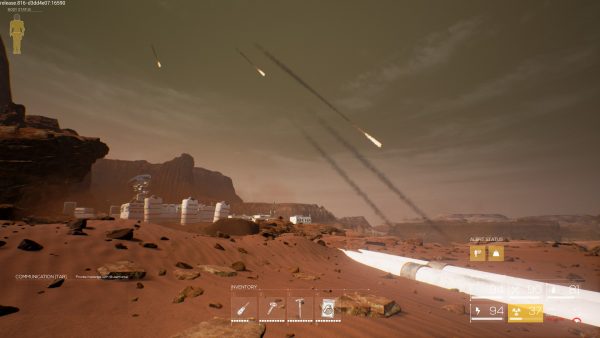 This preview isn’t painting a very good picture of Rokh right now, and I almost feel bad about potentially condemning the game entirely. The fact of the matter is that early access survival games are incredibly hard to judge. They are usually lacking in a wide variety of their intended features, incredibly buggy, and boring because the story has yet to be implemented into gameplay. What I will say about Rokh is this: the game as potential.

However, depending on how well the dev team continues to produce updates and fixes, that potential could take a long time to become realized. The price is already pretty steep for what’s more or less a walking simulator on Mars at the moment. Still, the game certainly looks good, and I do enjoy some of the environmental challenges the game presents such as asteroids and dust storms.

As it stands currently, $24.99 is simply too much to ask for too little right now. Rokh is worth keeping an eye on for the foreseeable future even if it’s not worth picking up right now.