These pirates will be walking the plank. 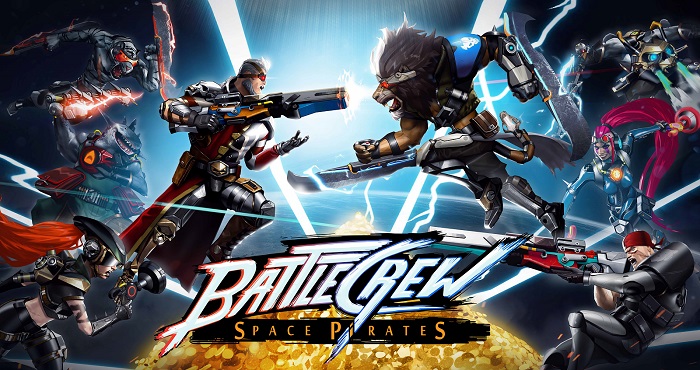 BATTLECREW Space Pirates is a free-to-play multiplayer combat game that takes place in 2D pinball-like arenas. The game’s most glaring flaw is the paltry amount of content that it offers. There are only two game modes and four character classes, enough for an afternoon of fun before gameplay turns stale and moldy. Players who purchase the Unlimited DLC can play as many games as they’d like, while everyone else is given ten credits a day. Those credits can be exchanged for a single game. It’s a free-to-play strategy that discourages regular play and—spoiler alert for BATTLECREW Space Pirates’s Steam reviews—doesn’t jive with players.

Just over two weeks after its release, BATTLECREW Space Pirates feels empty and desolate. Multiplayer matches are filled to the brim with bots. Queue times are slow and players constantly pop in and out of matches. Significant lag makes one-on-one duels frustrating, hitching frames and stuttering characters littering the screen. These issues reflect the feast-or-famine nature of multiplayer titles. League of Legends and Hearthstone keep queue times quick by encouraging non-paying players to keep coming back for more, giving those who pay a better experience overall. BATTLECREW Space Pirates does the exact opposite by placing limitations on the number of matches free players can join in a day. 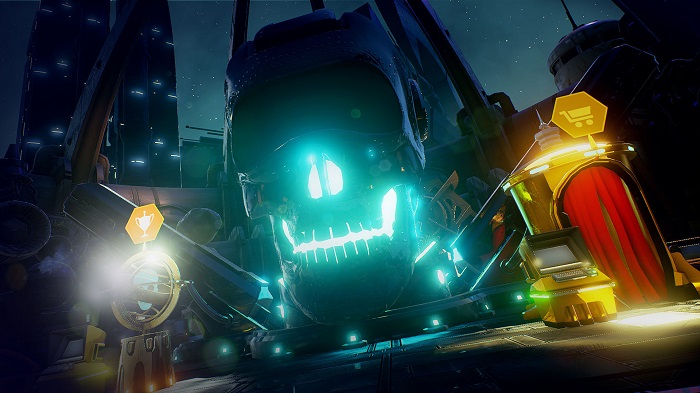 The two game modes in BATTLECREW Space Pirates are Team Deathmatch and Gold Rush. Team Deathmatch is exactly what it says on the tin: players rack up points by killing the enemy players as many times as possible. You can easily gain the advantage by ganging up on isolated opponents, defeating them before they can join their own partner. It’s a brutally effective tactic that makes it hard for even the hardiest solo players to match a coordinated team of bounty hunters.

The second game mode, Gold Rush, challenges players to loot as many gold pieces from scattered treasure chests as they can muster. It ties in well with the whole “space pirates” theme, which I would have otherwise forgotten if not for the pirate-voiced narrator. Gold Rush is simple, but the rules are poorly laid out. All you need to do is find the chest and grab as much gold as you can before hauling your booty back to your base. The camera zooms closer to your character as you mash the E button like a madman, making it easier for enemies to blindside you.

BATTLECREW Space Pirates doesn’t always make it clear what you’re looking for or where to start looking. In one map, the path to the treasure chest is blocked by a drone that instantly kills players that touch it. The drone has an obscene amount of health that regenerates mere seconds after looking away. Players don’t seem to stick around for long, so it becomes more and more humorous to watch them slide right into the drone. Just… not quite humorous enough to get over the frustration of mindlessly hacking away at the drone until an enemy shoots you in the back. 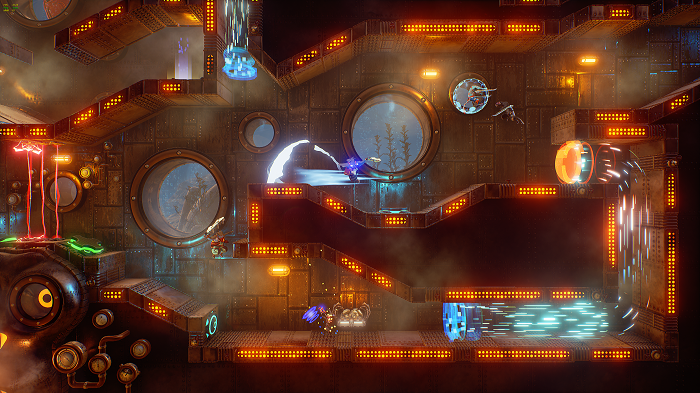 This ship’s crew is looking understaffed.

There are a total of four characters to choose from: John Trigger, Janger, Tiburon, and Comet. Each character has a set of abilities that differentiate them from one another. Janger, for example, creates a personal shield that temporarily blocks enemy attacks. Comet lays down mines to lure opponents into deadly traps. These abilities lack distinct themes that tie them together, and their character designs do even less to explain their personalities. Why does Tiburon—the anthropomorphic shark—wield an electric sword and toss down walls? Without any explanation or backstory, it’s impossible to get invested in BATTLECREW Space Pirates’s characters. And if I don’t care about its characters, why would I care about unlocking their rare and unique skins? 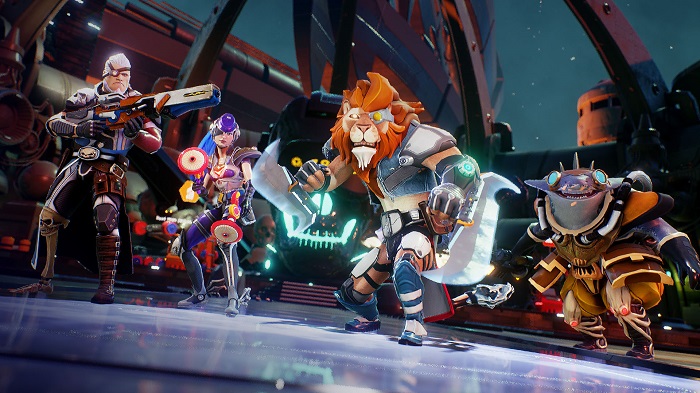 There are an impressive nine maps for each game mode for a total of eighteen maps (…or so the Steam page suggests). Despite their unique color schemes and themes, however, the maps are indistinct. Playing in its arenas is like bouncing around a large pinball machine. Sure, one pinball machine might have a cowboy boot obstacle and a masked bandit painted across the background, while another might have casino chip holes and cue sticks for bumpers. But both are fundamentally the same—the difference is purely visual. This is especially disappointing because maps are where the bulk of BATTLECREW Space Pirates’s content lies.

After playing BATTLECREW Space Pirates for only a couple of hours, I realized that I’d done everything the game had to offer. Its flaws became more and more apparent as the shine of its visuals began to wear off like fake doubloons in a plastic treasure chest. There are no hidden troves of content buried deep inside its code. Its reward system is unsatisfying, a small indication at the victory screen the only notice that you’ve unlocked a new skin or emote. How a game about space pirates missed the mark on lootcrates is beyond me—just crack open a treasure chest for goodness’ sake!

Full disclosure: This review is based on a Steam key of BATTLECREW Space Pirates’ Unlimited DLC given to HeyPoorPlayer by the publisher.