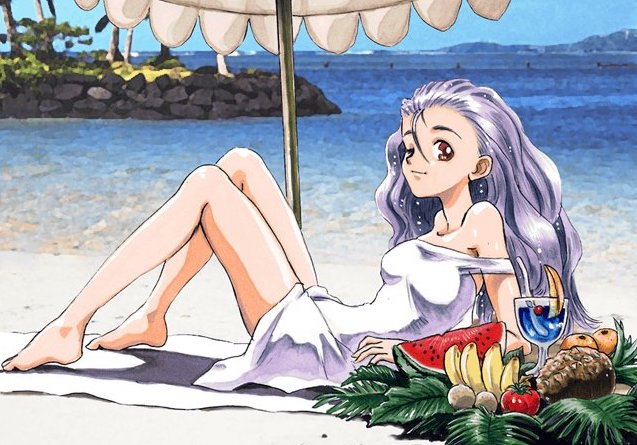 Not so very long ago, I had a real blast from the blast when reviewing Princess Maker 2 Refine, an enhanced edition of a classic daughter-raising simulator from the iconic anime studio GAINAX. Needless to say (but I’ll say it anyway) I was anxious with anticipation to play Princess Maker 3, ported and translated for Steam nearly twenty years after the original game was released way back in 1998. The main issue with Princess Maker 3 is that it’s not so much an enchanced version of a decades old classic as Princess Maker 2 Refine recently was, but a rather sloppy Steam port threatening to dirty the sheen of the original.

Princess Maker 3 casts you in the role of an adoptive father of a 10 year old girl, magically bestowed upon you by the fairy kingdom. The first thing you do is pick her birth date and blood type (which has a profound effect on her starting stats, not that you’re told that). After that, you pick your own character’s birthday and occupation and you’re off to the proverbial races. 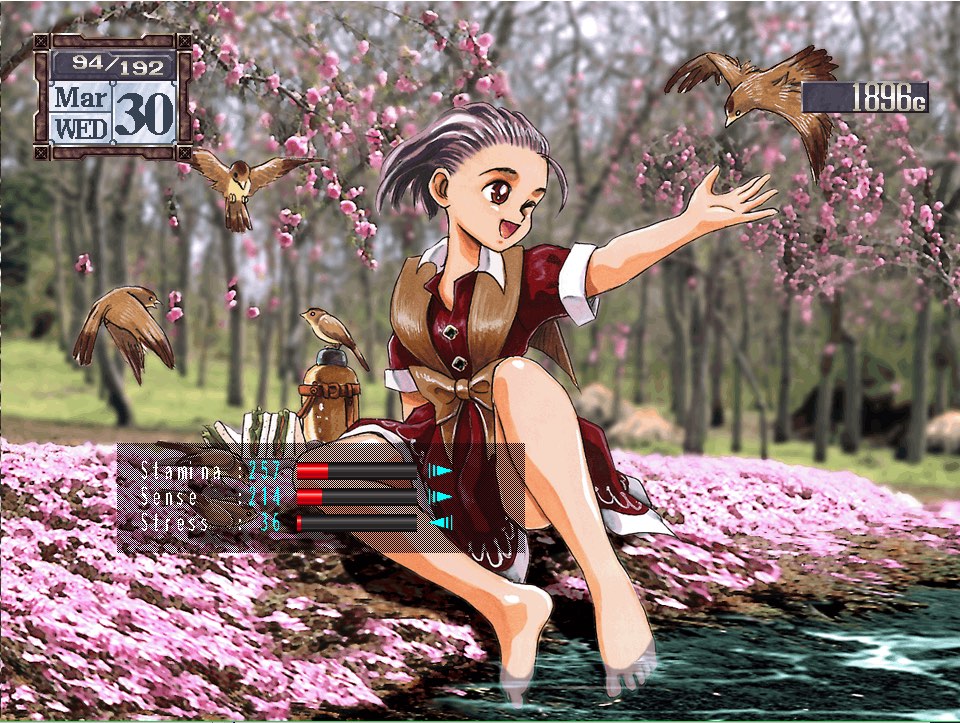 She’s so happy when she’s on holiday…

Princess Maker 3 is a quintessentially nineties game in that it’s completely unintuitive and you’ll have to figure out the game through trial and error. Once I’d created my darling daughter and chosen my profession, I soon realized that being a “traveller” (ie: penniless drifter), I had no yearly income and had to rely completely on my ten year old offspring to bring in the funds. Immediately I realised that I’d been dropped in at the proverbial deep end of child rearing. Your daughter has a vast array of stats, but how they affect her interactions with the world isn’t explained. I tried to make my daughter work at the farm, but the farmer declared she wasn’t “dilligent” enough. I also tried making her work at a nursery but she repeatedly turned down for similarly vague reasons (just like applying for a real job in 2017).

Finally, I got her work as a barmaid – just as any responsible father of a 10 year old girl would. She broke so many glasses while working she scarcely earned a penny from all her days working there (though she did make disturbing comments like “I learn so much more from the people at the bar than at school!”) Likewise, her periodic, and seemingly random demands for gifts further drained our dwindling coffers. She would randomly ask to try out expensive cooking, art or dancing classes, which raised some of her skills (while lowering others) but never seemed to be able to apply herself to anything. Just as we seemed on course for bankruptcy, she decided she loved being a miner, actually starting to earn a decent wage as she discovered rich new veins of ore. 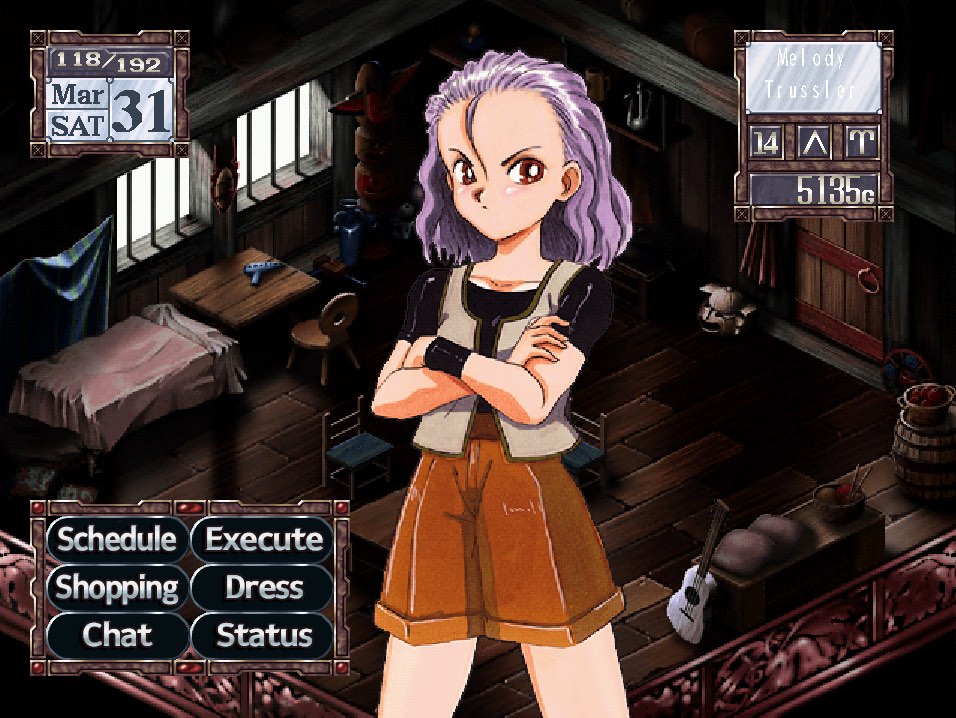 … but when she gets home she’s a surly teenager again!

One of the cool features of PM3 is the interludes that occur. Sometimes these take the form of questions your daughter will ask you. Tell her to straighten up and fly her eyes and she might grow spiteful and her trust stat will go down. If you feed her ego and tell her how great she is this risks raising her pride stat too high, leading to her being haughty and arrogant. Though these interludes do break up watching the same work/study animations, they are often repeated. My daughter rescued so many miners from underground cave-ins, I wondered why the underground death-trap wasn’t shut down! Also, these interludes usually aren’t frequent or pivotal as I’d hoped.

Your daughter can also find a “rival” during classes she takes. During martial arts classes, my daughter encountered a cocky counterpart who would periodically challenge her to kendo mataches (and usually win in convincing fashion). However, having a rival can even be a boon as your daughter can actually befriend her rival (leading to them exchanging useful, stat-boosting gifts).

It was fulfilling to finally see my daughter bop her rival on the head in a kendo tournament, but the endless fast-forwarding through the training montage animations highlighted the lack of interaction somewhat. Ultimately, on my daughter’s eighteenth birthday, she decided she wanted to be a soldier. A warmth filled my heart as the ending screen rolled at how my virtual offspring had found her true calling (albeit one fairly far removed from being a princess). As much as I enjoyed the journey, I felt a little frustrated at how my input into it felt a bit lacking. 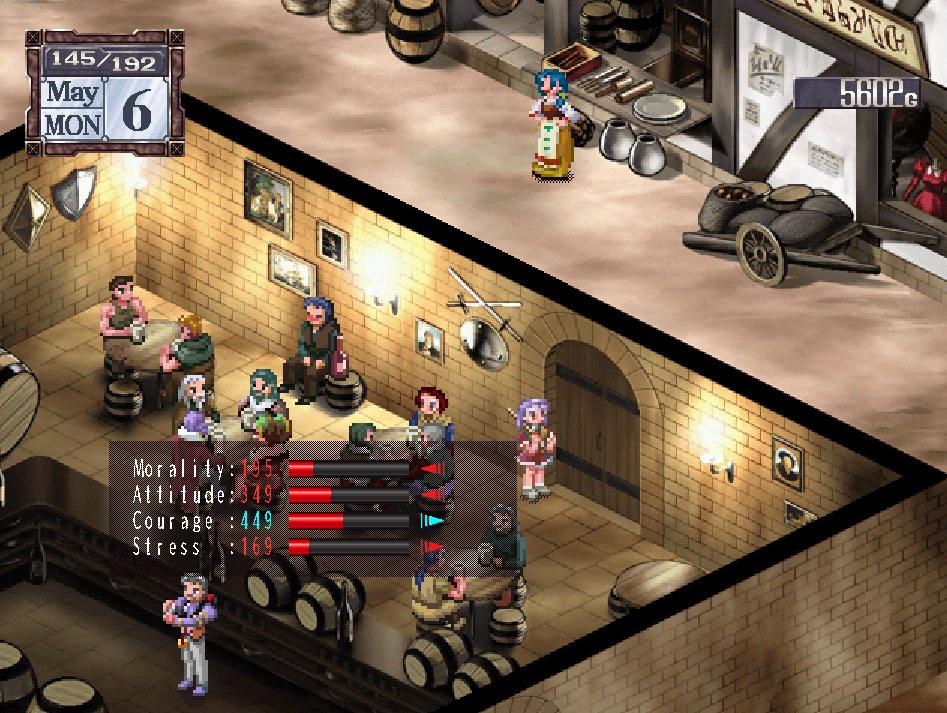 One of your daughter’s jobs is as a bouncer at the local bar. Look at her. Do you wanna mess with that purple haired hellcat?

My run really illustrated how little the mechanics of PM3 were explained to me. I never really got a sense of why my daughter preferred some jobs to others or why she felt certain moods. I had no idea why the ubiquitous “helper fairy” would chime in with comments like “she seems to be being bullied recently” or what affect this actually had on the game. How much you can enjoy Princess Maker 3 depends largely on your tolerance for clumsily having to navigate its behind-the-scenes statistical calculations. If you’re willing to find the unpredictable mechanics to be a charming simulation of the real life difficulties of being a parent, you’re bound to be a bit more forgiving.

After my first run through, I had a glance at the album section. Having only gotten one ending, I was amazed that over 40 endings seemed to be on offer. This wide variety of endings is one of my favourite carry-overs from the previous title. Unfortunately, a major part of Princess Maker 2 has been excised. You can no longer send your budding princess out to fight monsters and search for treasure. Though PM3 is less rich for this exclusion, it is also a much more focused timetable-em-up. 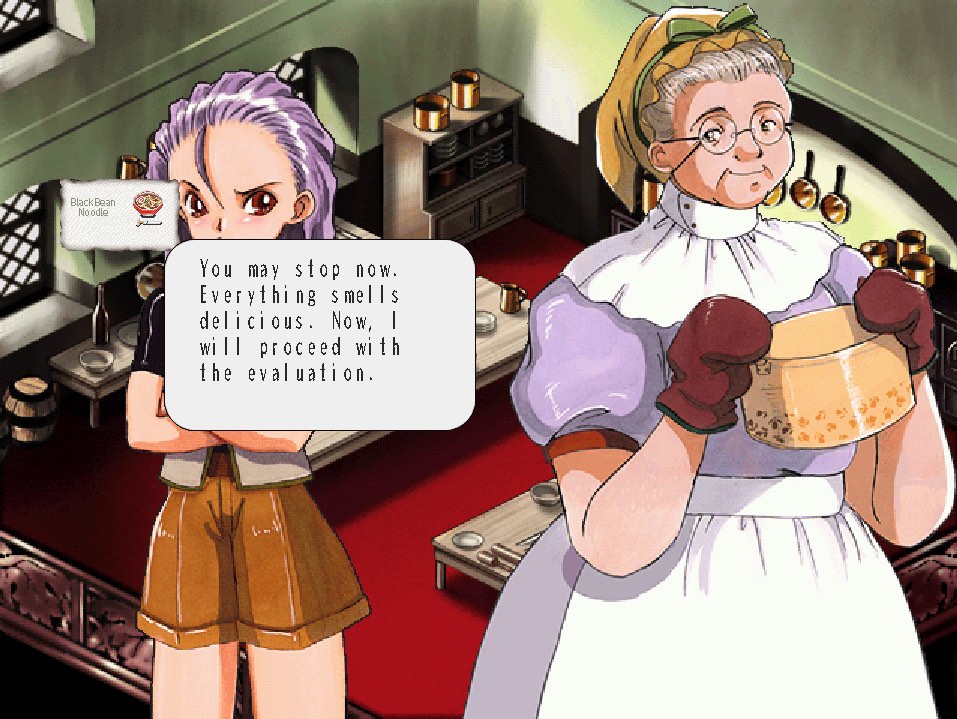 Spoiler Alert: My daughter turned out not to be a good cook. She is mainly good at hitting rocks and people.

The meat of the gameplay is in scheduling your daughter’s activities. This is made a lot easier than in Princess Maker 3 in how you can schedule your daughter’s activities in “segments” rather than month by month. Fortunately this means you can reschedule on-the-fly if her stress meter is threatening to make her ill, sending her on vacation. There are some great vacation CGs for your daughter taking trips away depending on her stage of life and the season. Luckily the pixel-art animations that play during your daughter’s various activities are quirky and cute (which is handy, as you’ll be fast-forwarding through a lot of them).

What dampens the enjoyment of Princess Maker 3 the most is what a sloppy port it is and the technical issues that arise from this. Trying to play in fullscreen is borderline impossible as the game suffers massive slowdown (and this was definitely poor optimization, not 20 year old pixel-art animations overwhelming my system). Just as annoying was how booting up the game caused an odd flickering effect all over my screen which didn’t go away until I’d quit and reset my resolution. Still worse is the often slapdash English translation (think google translate level) and how text always displays in a tiny white font which sometimes fades into the background, making it impossible to read.

Princess Maker 3 is a charming raise-em-up, with a vast number of different endings and outcomes. What hamstrings PM3 is how grindy it is. Once you’ve found a profitable, fulfilling regime for your daughter to follow, you end up doing little more than fast-forwarding the same animations, watching skill bars slowly rise while you beeline towards whatever ending looking for. It’s the often yawning chasms between something new/interesting happening, combined with the many niggling technical issues that prevent Princess Maker 3 from becoming gaming royalty. Still though, I’d call it a valiant solider in the gaming army, and there’s a prideful tear of joy running down my cheek for that.