Masquerada: Songs and Shadows Brings Mystery and Magic to Console Next Month

PC update to launch simultaneously with PS4 and Xbox One release 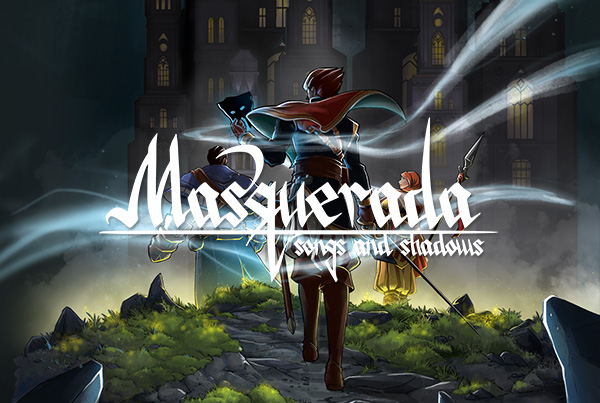 Publisher Ysbryd Games and developer Witching Hour Studios have banded together to announce that Masquerada: Songs and Shadows will be gracing PlayStation 4 and Xbox One next month.

Masquerada is a Renaissance-inspired tactical RPG which takes place in a city where the concept of an afterlife is laughable, and where only those with money and power are remembered after passing — and the city that protagonist Cicero Gavar was exiled from five years ago. Players will take control of Cicero, leading him and his four companions back into the city, and on a quest that will thrust them into the midst of a civil war, and the truth behind the city’s ancient and tragic history.

“Masquerada was an incredible experience for me. As a lover of storytelling and character development, the incredible writing of the game drew me in immediately,” said voice actor for Cicero Gavar, Matt Mercer “Now mix this grand tale with my love of Isometric RPGs of yore, and I’m sold on multiple levels. I’m not just a cast member of the project, but a dedicated fan.”

An update for the PC version of Masquerada will also go live alongside the PS4 and Xbox One releases of the game. This free new update will add a New Game+ feature, allowing players to experience Cicero’s adventure once more, with brand-new scenes, extended dialogue in existing scenes, and a chicken boss which, despite the name, is probably going to be anything but cowardly. Cicero will gain the ability to equip skills from all four elements after the update as well.

Masquerada: Songs and Shadows is slated to release on August 8 on PlayStation 4 and Xbox One. Will you be attending this party yourself? Let us know in the comments below!

Phoenix Point: Behemoth Edition Review: Gollop Returns on Glorious Form   As you would expect from a turn-based strategy game with Julian Gollop’s name attached to it, Phoenix Point…