I can’t say that I was expecting too much from Starsector upon first booting it up. With the exception of the odd game here and there, I’ve never been one for space adventures. To be fair, I didn’t know a whole lot about the game beforehand. The little I did know, however, didn’t sound like anything that was going to break my pre-determined mold of expectations. And it didn’t. Well, at least not at first. The initial tutorial made it look like a generic, albeit well thought-out, spacey shoot ’em up. Nothing really blew me away (metaphorically-speaking, at least), but still I kept at it — and I’m glad that I did.

It quickly became apparent to me that there was much more going on in Starsector than the game, and even what I read about it, had originally lead me to believe. After learning how to become an ace space pilot (or just learning which buttons do what, I guess) I was thrown into a myriad situations and mechanics. Combat, ship-building, economics, public relations, and more — the sheer number of activities crammed into this game was downright impressive. Even more so was the fact that they all worked together cohesively. It was safe to say that my initial assumption was wrong. And that was most definitely a good thing.

My Ship, My Rules

This is usually the part when I’d delve into the story of whatever game I’m talking about, but it’s a little difficult to do with Starsector, due to its procedurally generated nature. Things start off similarly enough for every player in the beginning. The game opens with your fleet floating through space, only to pick up a transmission from the Hegemony (a law-abiding military faction), asking for some assistance in dealing with a few odd jobs (and, of course, some space pirates). You end up doing what you’re asked, receive a bit of a faction boost with the Hegemony and some supplies, and that’s pretty much the end of that. Well, if you want it to be anyway. 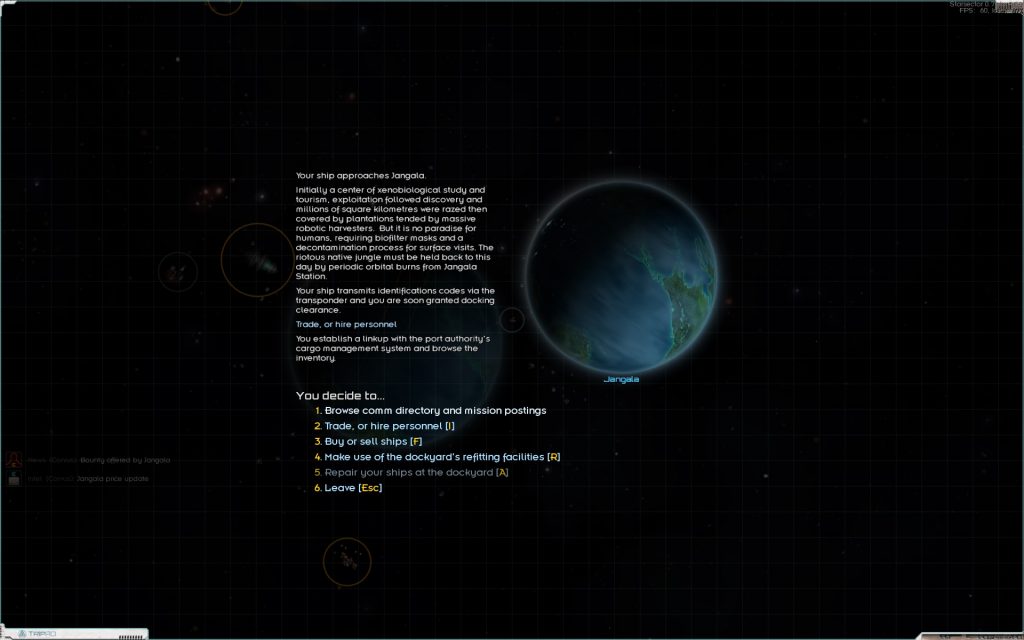 Your opening mission may be the same, but the similarities stop there — everything else is procedurally generated.

After completing the initial tutorial mission (which players can skip and still receive the quest rewards from), you’re basically free to do whatever you’d like. Despite how the game is set up, your overall goal isn’t to help the Hegemony. In fact, as far as I can tell, there isn’t really a “concrete goal” at all, past becoming as powerful as possible. Pretty much everything else is the player’s call. Whether you want to gain military prowess by helping out The Hegemony, are looking to up your piety by aiding the Luddic Church, or just want to fly around, blowing stuff up and looting everything in your path, it’s all up to you in the end. I wouldn’t recommend doing that last one straight off the bat, though — trust me, it won’t end well.

While I enjoyed the freedom given to me, I also must admit that the game cutting me loose like it did was a bit overwhelming. There are a lot of things going on in this game. And, while it does its best to explain many of those things to you, there’s plenty that you’ll only learn through trial and error. Heck, even certain things that were explained to me were confusing. I said before that Starsector does what it does well. I still mean that. But it has a harsh learning curve that could potentially drive away more casual players.

Regardless of how you decide to play, you’re not going to be able to reach the top alone. Networking is incredibly important in this game if you’re seeking to gain power (which, let’s face it, you are), and that means rubbing elbows with the Starsector‘s various factions — for better or for worse. Starsector boasts 8 different factions, each with their own strengths, weaknesses, and goals. And, like with everything else, it’s up to you to decide how to best handle each of them. 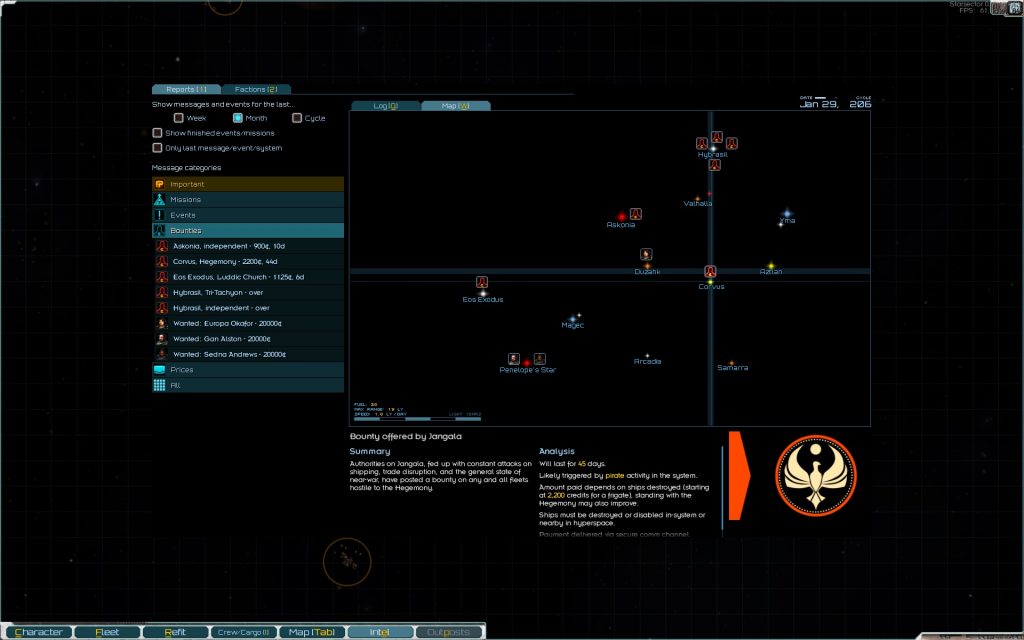 Keep in mind how what you do will effect your faction relations!

Plenty of games with factions let you buddy up with all of them. Starsector does not. And, while being friends with everyone is fun, actually having to think your actions through can be just as enjoyable. Much like each faction has a specific attitude toward the player based on their actions, factions also maintain relationships with other factions. These relationships are dynamic. Based on what events transpire, they have the chance to become more amicable or hostile toward one another.

While it’s great to see factions get along, most of them end up hating each other. And, because of that, it’s important to pick a side and stick to it. Building your reputation in any given faction is primarily done through completing quests. Some of these quests have neutral objectives. Someone might need some extra supplies, or maybe you need to go to a relay point. Others, however, require you to fight. And you can most certainly bet that whomever you’re fighting is part of a faction. …Probably not part of the same one that issued the quest, though. That would be weird. 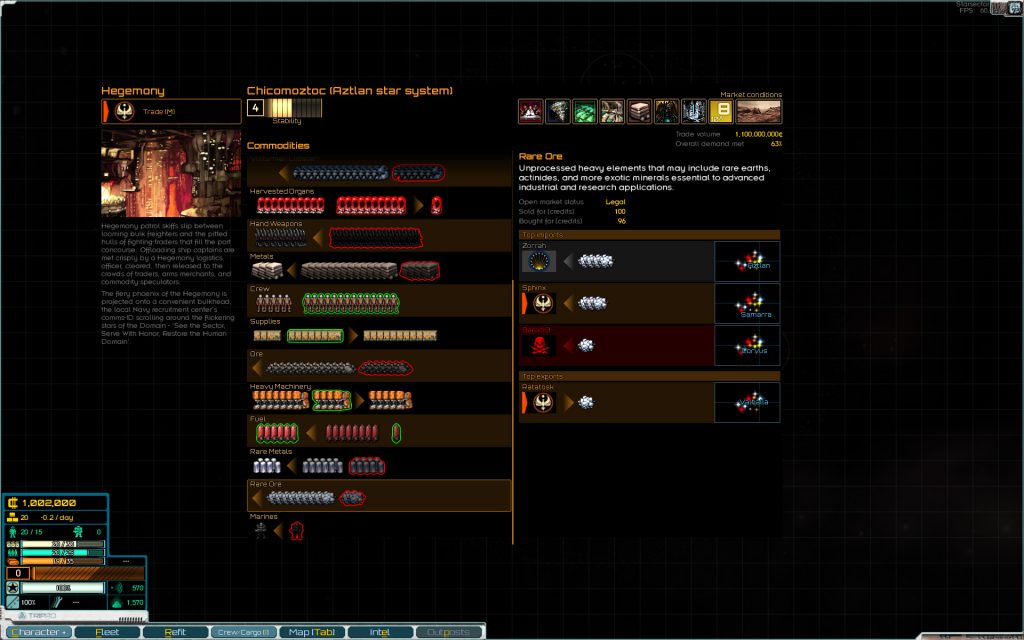 Faction relations can impact the economy, and vise-versa.

Fame and infamy are two sides of the same coin, and Starsector handles this well in its own faction system. And, while I found some factions to be more helpful than others, I appreciate the uniqueness that they all displayed, as well as the ability to team up with whomever I’d like. Or, you know, at least try. Nothing’s guaranteed in this game. Except for you dying if you really make someone mad. That one’s a safe bet.

Playing diplomat and monitoring the space economy is cool and all, but by now you’re probably thinking “didn’t you talk about fighting? Like, several times? What about that?” Well fret not, dear reader, it’s finally time to talk about the combat that you will inevitably experience a large amount of while playing Starsector. The difficult to learn, even more difficult to master combat. 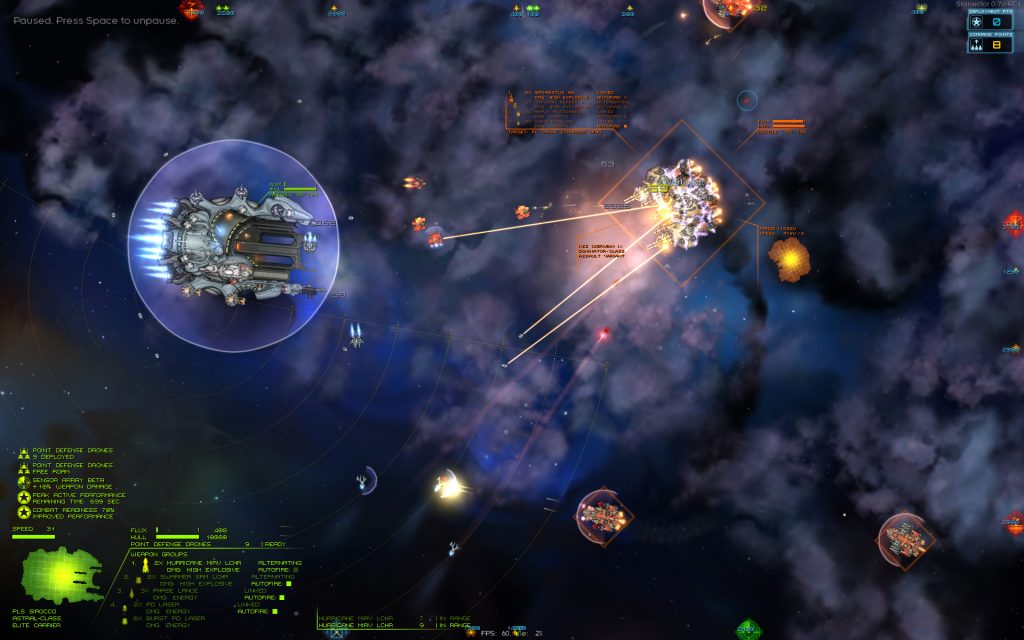 There was a lot that I liked about Starsector. The combat — one of the game’s leading features — was not at the top of that list. Ironically enough, combat didn’t seem to hard at the beginning of the game. Sure there was a lot to explain, but the game did it’s best to show you the ropes before throwing you out on your own. Unlike with certain parts of the game’s exploration mechanics, Starsector didn’t leave anything out when it came to explaining combat. The problem, however, was the fact that there was that there was a lot to learn, and that the game went from having you shoot stationary targets to having you fight squadrons of enemy ships (though not alone, thankfully). That’s actually two problems I guess, but whatever — you get what I mean.

Fundamentally, combat basics aren’t hard to understand. You use the mouse to shoot, and the keyboard to move around, switch weapons, and perform a few other tasks. The issue that I ran into was with putting all of it together. I felt as though, even in the very beginning, Starsector expected too much out of me. That, no matter how hard I tried, I wasn’t doing everything correctly. And the fact that the game uses tank controls didn’t help anything either. It’s a good thing that you can build up and command an entire squadron of ships, because I probably wouldn’t have gotten very far otherwise. 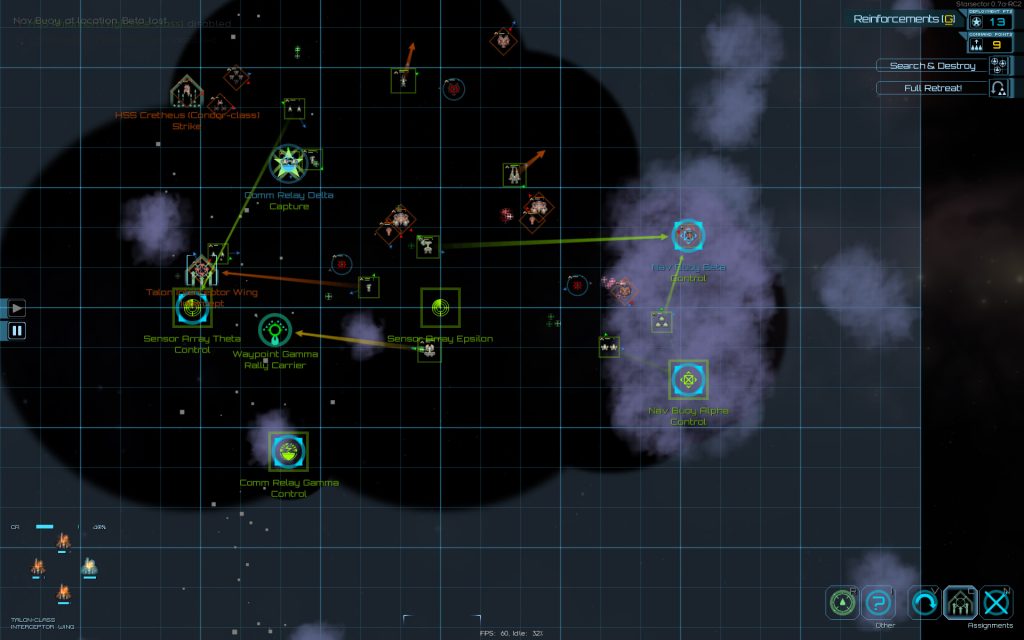 A good fleet is nothing without a good strategy. Always plan carefully!

Admittedly, I think that the combat is intentionally difficult from the get-go. I don’t have a problem with that at all. Procedurally generated games have a knack for being unforgiving. And it isn’t like I didn’t improve over time. After a while, I found my skills evolving from those of a complete newbie to those of a… I don’t know, person who isn’t entirely a complete newbie. I never got to the point where I’d consider myself to be “great”, but I did improve. It just felt like I had to put in a disproportional amount of effort to do so.

Not Otherworldly, but Still Out-of-Sight

Starsector is a very ambitious game. I know that it’s been in development for a while now, and I can honestly say that all of the hard work that Fractal Softworks has been putting into the game is showing through. There’s an awful lot going on in this game — so much so that it’s easy to focus on specific parts of it. But that’s all part of its charm. Starsector has managed to implement an impressive number of mechanics in detail. And, while I’m not over the moon about combat (hah!), I’m also aware that this game isn’t finished just yet. I’m not entirely sure when this game will complete its journey through the creation process, but I’m almost certain that its reception will be well-received when it gets there.