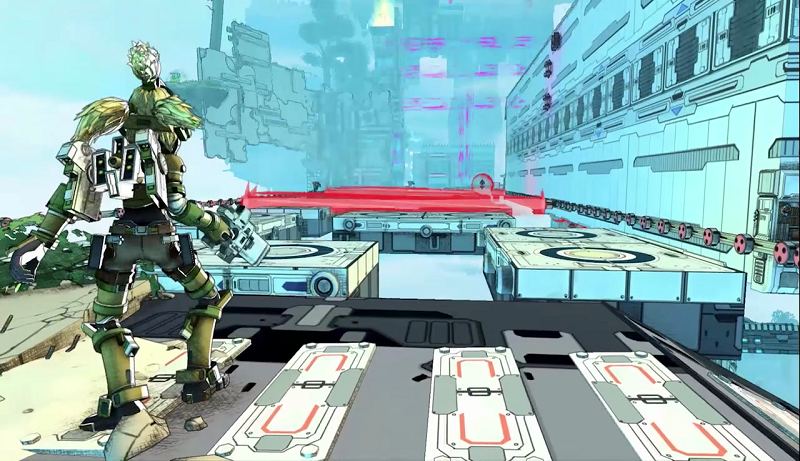 Super Cloudbuilt, the over-the-top parkour platforming game from developer Coilworks, is now available for pre-order on the PlayStation 4 in North America. Those looking to dive into the high-flying sci-fi action can do so for a cool $19.99 on the PlayStation Store.  Those who pre-order Super Cloudbuilt will be able to get an early taste of the game by gaining instant access to its demo. The demo features a tutorial, three full levels and the Playground practice arena to get players primed for the game’s full release on July 24th.

In addition to the demo, an exclusive Super Cloudbuilt theme done in the game’s distinct and vibrant visual style will be made available to those who pre-order the game. For a look at what’s in store, be sure to check out the just-released pre-order trailer below:

For those who haven’t been following the game’s development, Super Cloudbuilt puts players in control of a young soldier named Demi. Demi must dash, dive, and maneuver her way through perilous pathways above a bottomless void and blast targets with her blaster in pursuit of climbing the game’s online leader boards. The game sports a number of different modes, including a full Story, Ranked and Rush modes and a total of 177 challenges to overcome.