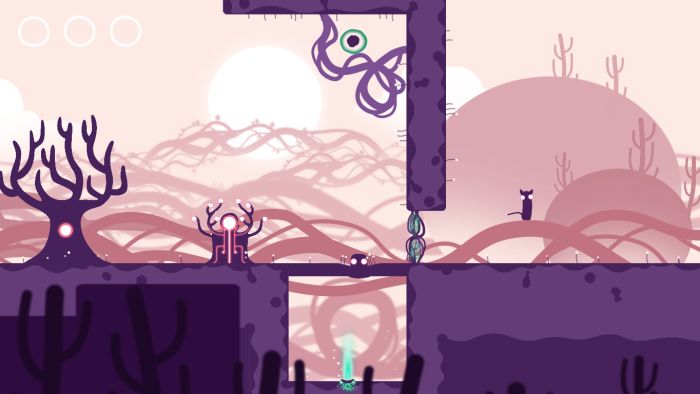 There’s something primally satisfying about destroying a game world. Even if it’s two-dimensional. It’s always fun to break blocks as Mario, or smash rocks as Sonic. But what if the game world were slightly more malleable? What if you couldn’t destroy it, but bend it and distort it to your will, as if you were inside a twisted claymation? Well, a South African development studio named Nyamakop is set to answer that with their game Semblance. We were fortunate enough to secure a preview build, and let it be known: our interest is certainly piqued.

The game is a two-dimensional platformer affair mixed with a liberal amount of puzzle-solving. Players take control of a rounded mass with two eyes and navigate it through a world that consists mainly of purples, pinks, and their related colors. Much of the terra firma in this world is actually not so firm, consisting of a strange, playdough-like substance. The schtick is that our little limb-less protagonist can shove, stomp, and smash the world in order to clear pathways or reach new heights. 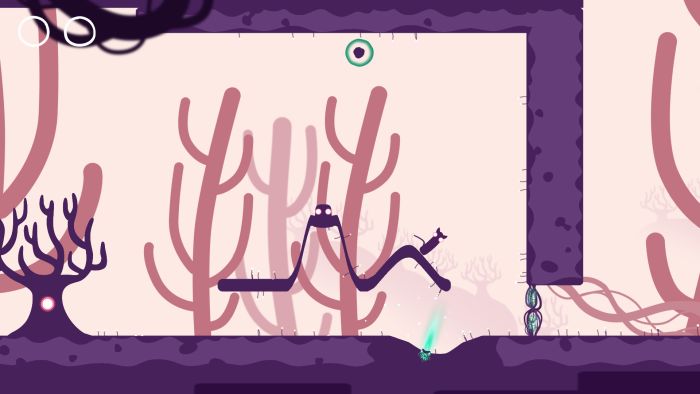 Players utilize a dash to forcibly reshape the landscape, and can execute this move in all four directions. Sometimes a simple, thin wall will require a tiny dash to break, but other puzzles require a bit more thought. For example, you may encounter a number of small beds of deadly spikes with a glowing, collectible orb in the top corner. You’ll need to zip underneath the beds of spikes and smash them upwards to distort the spike layout and create rudimentary steps in order to obtain your prize.

Green beams of energy will reset the ground to its previous position, which can either be a help or a hindrance in finding your way. Additionally, when the ground snaps back to its default position, it produces a spring-like effect, which can be useful in reaching otherwise unobtainable heights. Switches and unmovable patches of ground round off the variations in the puzzles

It’s just putty in our hands 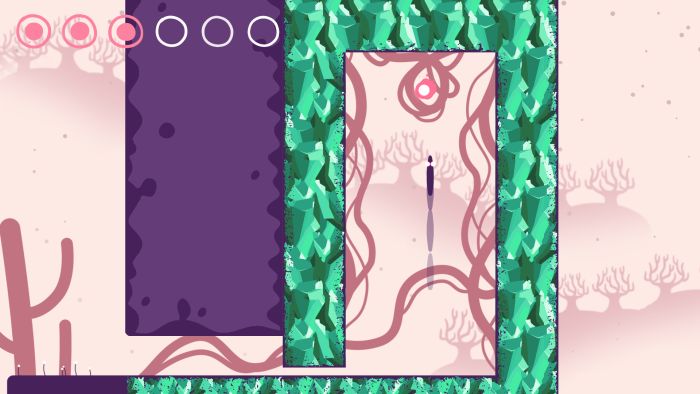 On the visual and audio side, the game simply can’t be faulted. The world makes use of single-color shapes without outlines, and is striking with a deliberately limited palette. The music is relaxing ambient, while the sound effects are suitable collections of squishes and stomps. The only minor complaint is the control scheme; it feels a tad too sensitive when moving the character in any particular direction, and positioning him (her? it?) on a platform is slightly tricky. The game recommends the use of a gamepad, and after attempting it with an Xbox controller, I’m inclined to agree it is indeed a superior experience. Nonetheless, a very, very slight tweak in the control department will go a long way to making a good experience even better.

Semblance is still unfinished, but what’s on offer so far is mighty impressive. A lot of love has gone into this game, with a clever central mechanic and a gorgeous, unique art style to back it up. It’s set to be released next year, for both PC and Mac, and we highly recommend you give it a look when it’s out. It’s one of the more interesting indies you’ll probably see in 2018. Keep up with proceedings at its official site and take a gander at the trailer included below to see what it looks like in action.