Gust’s Gothic fantasy series returns with Nights of Azure 2: Bride of the New Moon, coming west this October for the Switch, PS4, and PC 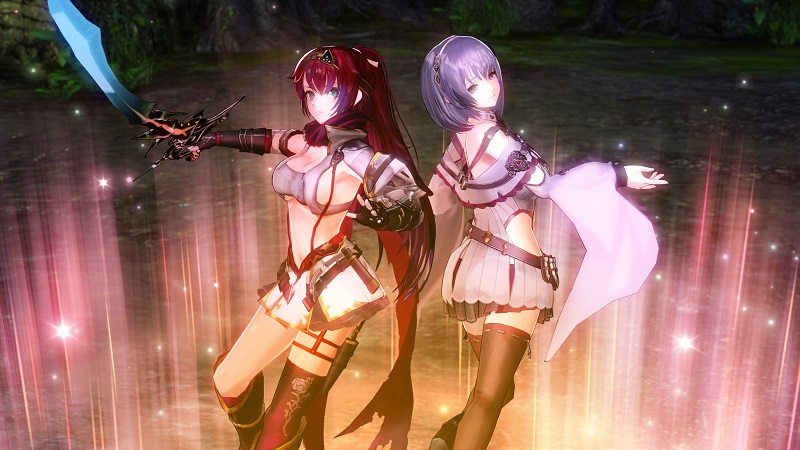 Fans of Gust’s Gothic fairy tale action-RPG, Nights of Azure, have a pretty good reason to be excited today. Because publisher KOEI Tecmo today has announced that the game will be getting a sequel. The best part? It’s release is just around the corner!

Dubbed Nights of Azure 2: Bride of the New Moon, the sequel to Gust’s dark fantasy adventure that landed on Western shores  last March (you can read our review here), will be releasing on October 24, 2017 for the Nintendo Switch, PlayStation 4, and PC via Steam.

To mark the occasion, a new trailer has been released. The footage offers a look at the game’s enchanting world and colorful cast of characters, including the leading ladies Alushe and Liliana. Check it out below:

Here’s a rundown of the game’s plot courtesy of a press release from our friends at KOEI Tecmo America:

“Nights of Azure 2: Bride of the New Moon takes place in a fictional, demon-ridden Western European city towards the end of the 19th century. The story focuses on a knight protector named Alushe and her two childhood friends – Liliana, a kind-hearted priestess, and Ruhenheid, a holy knight of the Lourdes Order. While guarding Liliana, Alushe is ambushed and killed only to later awaken as an artificial half-demon at the hands of the New Curia, a religious organization with dark ties. In the company of a variety of unlikely allies with their own pasts and agendas, Alushe’s strong desire to save Liliana gives her the strength to scatter the shadows shrouding the world and motivation to uncover the shocking truth behind the mysterious Queen of the Moon.”

For more details on the game, be sure to check out its newly-launched official site.

Nights of Azure 2: Bride of the New Moon Review…

Nights, Frights, and Some Pretty Fun Fights GUST sure does have catering to their audience down to a science nowadays. Whether it’s alchemy, high school, or demon-slaying, if a…