Castle of Shikigami shows its age, but it still scratches that bullet hell itch 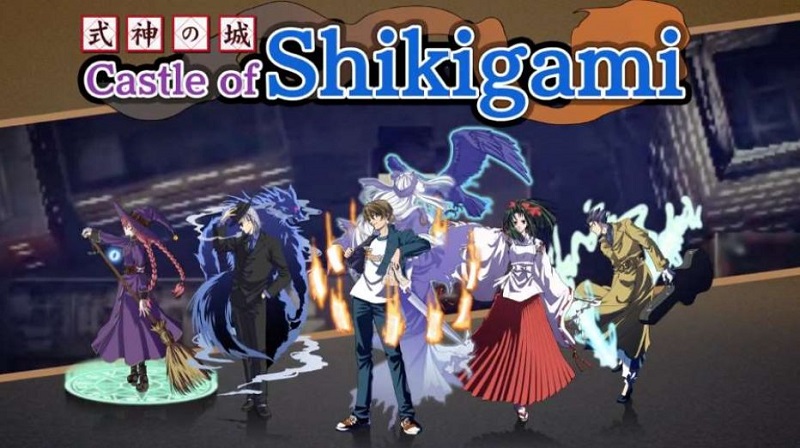 Alfa System’s Shikigami no Shiro series is one that’s near and dear to my heart. Castle Shikigami 2 left me glued to my PlayStation 2 when it released back in 2004, pretty much cementing my nascent love for bullet hell games. Having said that, when I discovered Degica was bringing Castle of Shikigami to Steam, you better believe I was ready to dodge some danmaku and blast some naughty spirits into oblivion. However, with tons of quality shooters finding their way to Steam in recent months, does this 16-year-old shmup do enough to stand out from the pack?

Castle of Shikigami is a supernaturally-themed vertical shooter similar to Cave’s ESP Ra.De. The premise is simple: a rash of bizarre serial murders has broken out across Tokyo. Naturally, the only way to end the bloodshed is for a group of super-powered anime tropes to take to the sky and battle it out with hordes of demon-possessed soldiers, walking tanks, spinning doll heads, and all other forms of supernatural nee’r do wells. Does it make sense? Absolutely not! But it’s as a good a reason as any to soar above the neon-lit skies of Tokyo and wage war against the forces of darkness.

To tackle the supernatural menace, players can choose from six characters, who range from a literal witch on a broomsticks, a shrine maidens, and a private investigator who moonlights as a contract killer, just to name a few. Each of these characters comes equipped with their own unique shot patterns and special bomb attack. This wide selection of characters makes it easy to find one that suits your playstyle and skill level, with some being more difficult to master than others.

Chaos in the skies over Tokyo 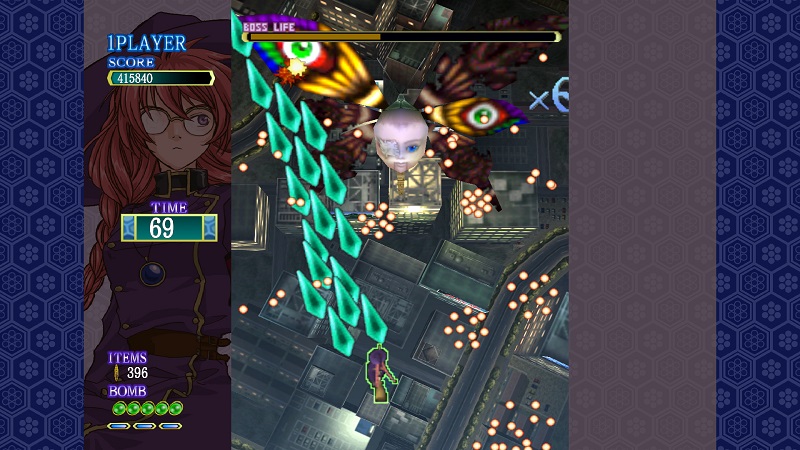 Babies With Butterfly Wings would make a sweet name for a preschool Smashing Pumpkins cover band.

As far as shooters go, Castle of Shikigami finds itself on the more challenging end of the spectrum. However, this challenge feels largely arbitrary. The problem is that it lacks the kind of trance-inducing bullet choreography found in many bullet hell games. Instead, you’ll often find yourself wading through chaotic waves of shots with no clear patterns. This makes it hard to find a good rhythm, and tends to make your successes feel more random than skill based. That’s not to say Castle of Shikigami is impossible. With practice and perseverance shooter veterans should be able to plow through the game on its harder difficulties without sending their controllers into the drywall. And even shooter neophytes will find a satisfying challenge on its easier difficulty settings.

And if you’re still having trouble on the easiest difficulties, you can always credit-feed away thanks to unlimited continues! But really, where’s the fun in that?

The game also offers a satisfying risk versus reward system through the Tension Bullet System. Allowing bullets to graze your sprite allows you to earn more points while enhancing your firepower. The key to wiping out bosses is often to stay as close as you can to their waves of fire without getting too overzealous and getting shot from the sky. Grazing isn’t exactly a new mechanic these days, of course. But when Castle of Shikigami first released it was a pretty innovative feature. And to this day it does a good job of encouraging you to play dangerously if they want to climb the leaderboards – which this Steam port  just so happens to support!

All of the thrills, none of the frills 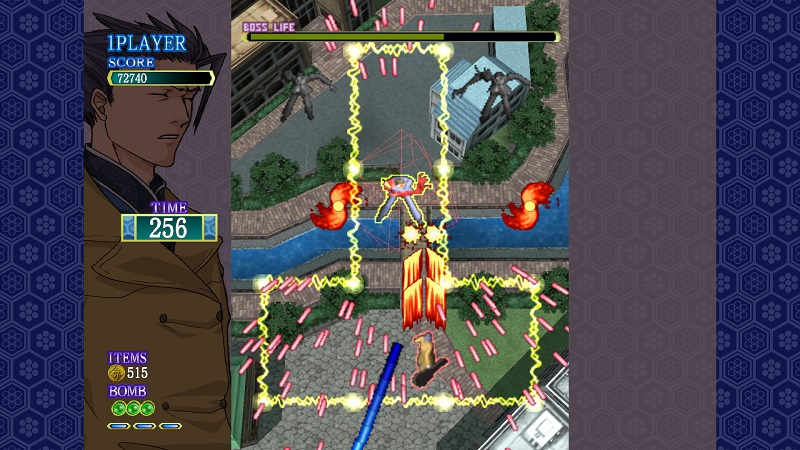 Boss encounters can get pretty chaotic. This claustrophobic battle in a cage of electricity will test your shoot-’em-up mettle.

Degica definitely deserves credit for bringing Castle of Shikigami to a new audience with this port. It’s just a shame that they didn’t do anything to clean up the dusty title before prime time. This is about as bare-bones as ports get. Apart from the ability to select a variety of resolutions and screen orientations, there really isn’t a whole lot that’s changed from the arcade release. Which is a shame, because the game’s age really shows. The sprites are incredibly blocky, and really stand out in harsh contrast to the high-res backgrounds. Enemy sprites also lack much in the way of animation, giving everything an awkwardly stiff look that can pull you out of the experience.

Thankfully, the game’s music fares much better than the visuals. Each stage features a dancey, pulse-pounding theme that does a good job of immersing you into the game’s dark, chaotic world. Additionally, explosions and waves of gunfire also offer a satisfying punch.

Amid the sea of shmups available for Steam, Castle of Shikigami stands as one of the dustier games in the bunch. If Degica managed to do a bit more to modernize the title in terms of visual options or balancing, it could have been a real standout shooter for the platform. Still, if you don’t mind the lack of polish and are looking for a game with a meaty challenge, this is a game that should  definitely scratch that itch.

Full disclosure: This review is based on a Steam copy of  Castle of Shikigami given to HeyPoorPlayer by the publisher.