The Golf Club 2 Review (Xbox One) 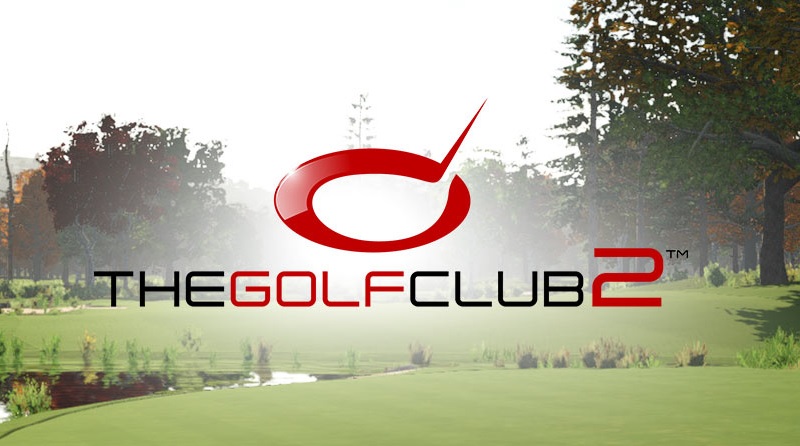 Still, there’s a reason that Pro Evolution Soccer 2017 made it onto our game of the year list last year. It proved that there was still room to create new, exciting experiences in the sports game space, and reminded us that, when done right, there’s something truly magical about getting to experience the thrills of a physical challenge from the comfort of your couch. As much as I complain about series like Madden treading water and refusing to ever deviate from the tried-and-tested formula, I will always be the first to champion great sports games when they make their way to the market.

The Golf Club 2 is not such a game. It may well be the largest golf game ever created, but being big isn’t the same as being fun. 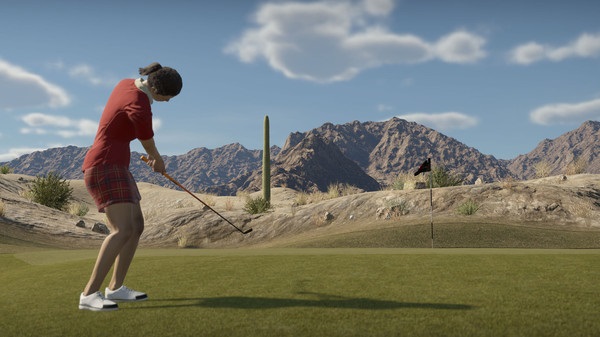 The Golf Club 2 provides all the stickball-based action you need in your life.

One thing’s for sure: no one can say that The Golf Club 2 is lacking for content. In an attempt to combat the crippling ennui associated with modern sports games, GC2 offers more than 100,000 courses at launch, most of which are user-generated and imported from the last game. The level editor really is impressive, and several famous real-life courses like TPC Sawgrass and Augusta National have been faithfully recreated down to the most minute detail. And on the other end of the spectrum, there’s nothing stopping you from making a course that’s a straight line absolutely filled with angry animals, or a giant sand pit with a tiny patch of grass at both ends, which is always good for a short laugh.

What’s more, gameplay is intuitive even to someone like me who sees golf simply as the most frustrating possible way to put a ball into a cup. The natural motion of the analogue stick controls the strength, accuracy, and tempo of the swing, and the game manages to deal with the complicated nuances of different clubs, hits, and swing factors in a way that feels very natural.

There’s also an eSports focus, which…is that something that people wanted? If you did, it’s implemented well. You can form Societies, compete in tournaments for real money, and manage virtual funds that will follow your account across games. It’s hard to judge a game’s online multiplayer from a pre-release review copy, but it all seems very fun and well-put-together. I don’t think it’s a stretch to say that The Golf Club 2 is the most comprehensive virtual golf experience that’s ever been made, a perfect recreation of the game without any of the hassle of actually going outside. But before you put that quote on the back of the box, let’s see how the game handles… 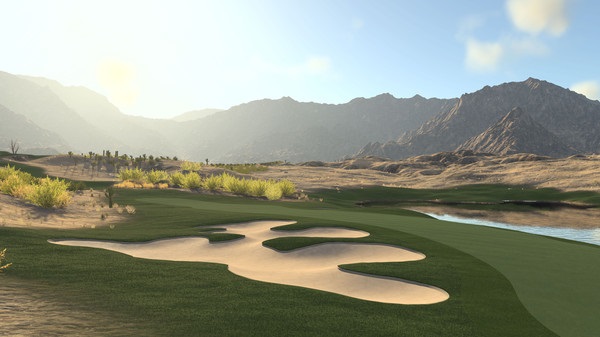 Boy, this screenshot sure makes this golf course look like a desolate wasteland, huh? Hope that’s not indicative of anything I’m going to say in this section!

Here’s the thing. The Golf Club 2 comes with several game modes, but they all boil down to basically the same thing. There’s no team or resource management, just golf, played locally with friends, online with strangers, or in a Career mode with increasingly difficult bots. A game like this is only as good as its core gameplay, and it’s here that The Golf Club 2 falls short.

Flick your thumb forward. Now flick your thumb back. Now do that for 40 hours. You have just simulated the totality of the GC2 experience. Sure, there’s strategies to be had involving different clubs, but the game automatically picks the best one for you and I didn’t notice any situations where choosing something else made things better. It also picks your shot and aims you in the direction of the hole, so really all you’re doing is deciding how hard and how fast to move the stick. I can’t believe I’m saying this, but this golf game might actually be too intuitive, making it so accessible to new players that it eliminates any real reason to keep playing, unless you’re the kind of person who gets thrilled by a new pair of virtual khakis.

100,000 golf courses can only stave off boredom for so long, especially when the game’s ugly as sin. I mean, look at this: 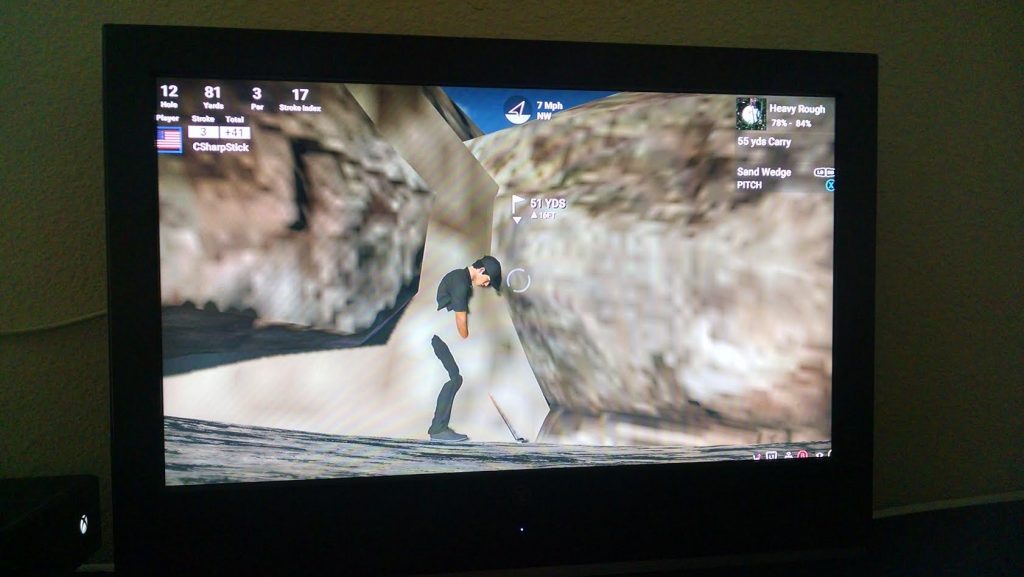 That, uh…that sure is a videogame.

This may be a quirk of the Xbox One version – the game probably looks much better on PC – but the game’s actual appearance is so far removed from the beautiful trailers that I had to double-check to make sure I hadn’t somehow downloaded The Golf Club 1 instead. Textures are flat and blurry, and the models look like they’re not made of as many polygons as you’d expect from a 2017 title. And yes, that is me clipping through a rock. Or maybe a sand dune. Or possibly the Half-Life 1 Nihilanth.

I’m not normally one to harp on a game’s graphics, especially when it’s not a Triple-A title, but it really was distracting in this case. Probably because the endless customization of the different courses feels like all the game has going for it in terms of variety. There may be some for whom the experience of getting marginally better at one-finger virtual putting is its own reward, but personally I prefer a bit more game in my videogames.

So much of golf is strategy. Rather than being a game of impressive physical feats like football or basketball, it’s all about knowing where your shot’s going to go before it happens, knowing when to use the right club or understanding how the wind’s going to affect the play. So it’s bizarre to me that The Golf Club 2 decides to do almost all of this for you, providing the bare minimum of interactivity required to justify its own existence.

If you’re excited enough by virtual golf that all you want is a nigh-infinite sandbox to play it in, then The Golf Club 2 is the game for you. Its dullness is inoffensive, and who knows – maybe once the servers are up there will be lots of fun to be found in the metagame that springs up between competing Societies. But as it stands, I’m just not sure I can recommend the game as being anything more than adequate.

Full disclosure: This review is based on a review copy of The Golf Club 2 given to HeyPoorPlayer by the publisher. 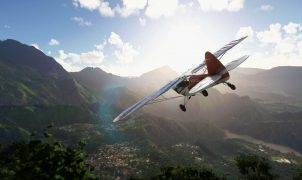