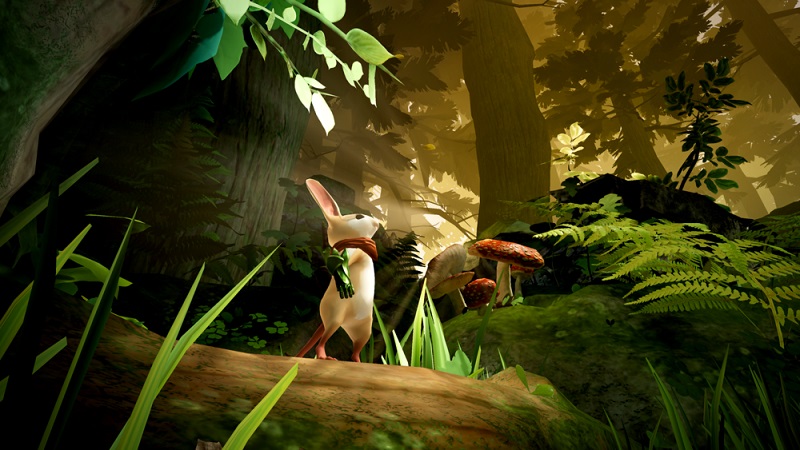 Every so often, a game comes out of left field and leaves you completely breathless. Moss, the upcoming PlayStation VR release from Seattle-based studio Polyarc Games, is one such title. After spending some time with Moss behind closed doors in a tiny meeting room at E3, I walked away with goosebumps on the back of my neck as I stood in awe of the atmospheric and emotional fairy tale adventure I had just sampled. Though I spent just fifteen minutes with Quill, the game’s plucky rodent protagonist, I’d felt a greater sense of companionship take shape than I did throughout all my time immersed in The Last Guardian or Shadow of the Colossus.

Quite the accomplishment for a studio that’s only been around for two years, don’t you think?

Then again, Polyarc is a developer with quite the pedigree. The team is made up of a collection of intrepid Bungie veterans looking to leave their mark on the games industry. And without question, their passion shines through every single facet of Moss. From the vibrant and imaginative storybook realm you’ll explore to the various creatures who inhabit it, the game showcases a level of polish that few PlayStation VR titles before it have managed to achieve. The game’s opening moments tease a wooded world that’s almost haunting in its beauty. A place of magic and mystery that you’ll want to explore every last overgrown nook and cranny of in search of adventure.

A tale of two heroes 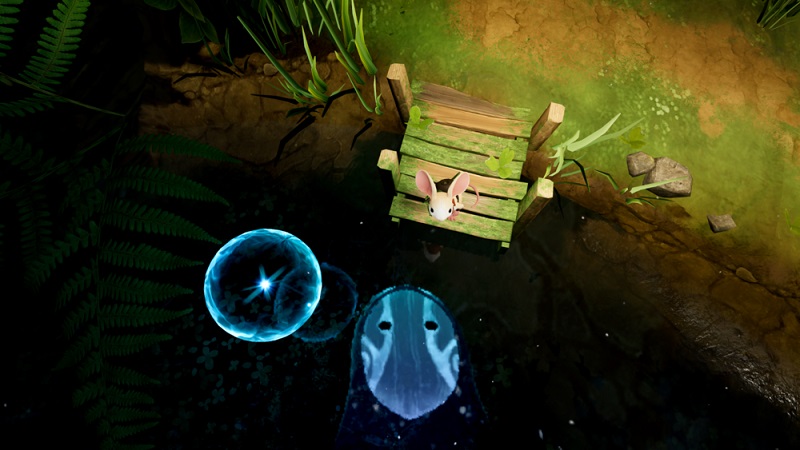 The feeling of being a passive bystander fades the moment you come face to face with Quill, and your own reflection, at the game’s outset.

In Moss, players take control of Quill while looking out at the world through the eyes of The Reader, who’s viewing the story through the pages of a book. Using the left stick, players can navigate Quill through the forest, while using the face buttons of the DualShock 4 to attack enemies with your sword and jump from platform to platform. However, Quill is quite the diminutive hero, and she’ll need help to progress through Moss’s dangerous world and overcome the many trials that stand in her way.

This is where The Reader comes in. At first, it’s easy at first to think of The Reader as little more than that of a sentient camera. However, you quickly learn that you’re actually the key to Quill’s survival on this journey. By moving the DualShock and holding the R2 button you can grasp objects and characters to help solve puzzles. For example, towards the end of the demo I came across an elaborate metal staircase on a turntable. To solve the puzzle, I had to manipulate the spindle to line up passageways for both Quill and a beetle-like enemy to pass through in order to activate a set of pressure plates. Once activated, I had to spin the spindle once again to give Quill access to a newly-accessible ledge which she used to reach a faraway platform.

Additionally, The Reader can heal Quill in the middle of battle with a mere touch. Reaching out towards Quill to heal her after a hostile bug had left her at death’s door, I could feel her little heart fluttering rapidly in her chest. It was an eerily convincing feeling that instantly reminded me of holding my friend’s army of pet rodents as a kid. Feeling Quill’s racing heart eventually steady itself as our healing touch comforted her was a sensation that genuinely left me with goosebumps. Funny enough, I heard our own Mike Vito share that same sentiment with Polyarc’s art director as I walked into the next room as he was wrapping up his private demo.

Forging a bond with destiny

This clever duality of roles is one of the game’s most engaging aspects. It’s here that Moss manages to tell a poignant story of camaraderie and bond-building in its own unique way by immersing you in both the roles of both the gallant hero through Quill and as some otherworldly caretaker as The Reader. Quill seems wary of The Reader at the beginning of the demo. However, before long she’s gesturing towards the screen, dancing around and she tries to give you clues on how to progress. Before long you’ll feel an inseparable bond form between the pair as you delve into dusty catacombs (where the dust actually reacts to the player’s swipes!) and ancient ruins, presumably filled with their own hidden secrets.

The most memorable moment of Moss’s demo came at the tail end of our short trip through the forest and its tucked-away ruins. After climbing a foreboding staircase, Quill find’s herself in a cavernous chamber lined with massive columns. In the distance, a massive snake winds its way through the room, just out of Quill’s view. Sensing something awful is about to happen, Quill shoots a nervous glance towards the player, seemingly seeking reassurance. Then, just before the giant reptile descends on Quill, the demo comes to a close. At that moment I genuinely wanted to throw myself between Quill and the snake in some sad, nerdy pantomime of The Bodyguard. The sentiment still stands, however. Moss aims for the heart, teasing what’s bound to be one of the most emotional journeys of 2017.

I have to admit, I was unsure of what to expect before my meeting with Polyarc. Now, having tasted a small sample of what Moss has in store, I can’t wait to get my hands on the full experience. Not only does the game look to be one of the PlayStation VR’s killer apps for this holiday season, it has my vote for the most memorable experience of E3.

If Moss wasn’t on your radar yet, it better be now. It’s an experience unlike any other, and it deserves your absolute attention. For more details on Moss, be sure to visit Polyarc’s official site. 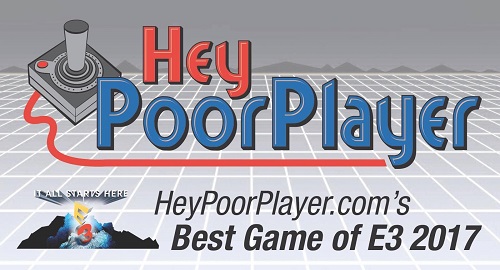