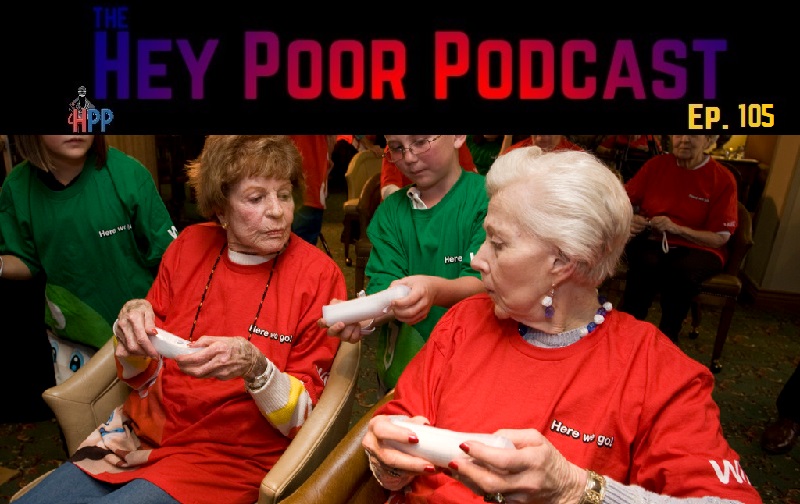 A mom-themed episode of the Hey Poor Podcast? How appropriate! Just in time for Father’s Day! Nathan was off, I dunno, being dead or something, so this week it’s up to I “Talks About The Same Two Videogames Every Week” Coleman, Jay “Great Service Clean Tables” Petrequin, and Anthony “I’m Sorry For The Beginning Of The Podcast” Spivey to wade through the stagnant sea of E3 hype and see if there’s anything left worth talking about. Along the way, Jay and I have another of their trademark Extremely Polite Arguments (this time about Battlefront II), Anthony and I spend way too long extolling the virtues of the Captain Underpants movie, and we actually have time to cover more than two news stories for once in our miserable lives. Plus: the inside scoop on the dark rituals required to become part of the Hey Poor Player Media Empire.

Audience Questions: personalized recommendations from each host, most anticipated of E3, most disappointing of E3

The News: Ashly Burch is not coming back to Life is Strange, Sony executive tells some lies about backwards compatibility, Bethesda claims its paid mods aren’t paid mods, Take Two makes mods illegal, Two Worlds II gets microtransactions 6 year after release, Konami is Konami and Konami is the worst, the Xbox One X is a thing that exists